As the festive season fast approaches so with it does the December 12th theatrical release of Blumhouse Productions’ reboot of Bob Clark’s 1974 seminal slasher BLACK CHRISTMAS!

Hawthorne College is quieting down for the holidays. As Riley Stone (Imogen Poots, Green Room) and her Mu Kappa Epsilon sisters—athlete Marty (Lily Donoghue, The CW’s Jane the Virgin), rebel Kris (Aleyse Shannon, The CW’s Charmed), and foodie Jesse (Brittany O’Grady, Fox’s Star)—prepare to deck the halls with a series of seasonal parties, a black-masked stalker begins killing sorority women one by one.  As the body count rises, Riley and her squad start to question whether they can trust any man, including Marty’s beta-male boyfriend, Nate (Simon Mead), Riley’s new crush Landon (Caleb Eberhardt) or even esteemed classics instructor Professor Gelson (Cary Elwes). Whoever the killer is, he’s about to discover that this generation’s young women aren’t about to be anybody’s victims.

BLACK CHRISTMAS is directed by Sophia Takal (ALWAYS SHINE) from a script she co-wrote with April Wolfe (WIDOWER) and shot in New Zealand at the University of Otago in Dunedin.

To celebrate the December 12th theatrical release of BLACK CHRISTMAS, we have 5x Double Passes to GIVEAWAY courtesy of Universal Pictures Australia! 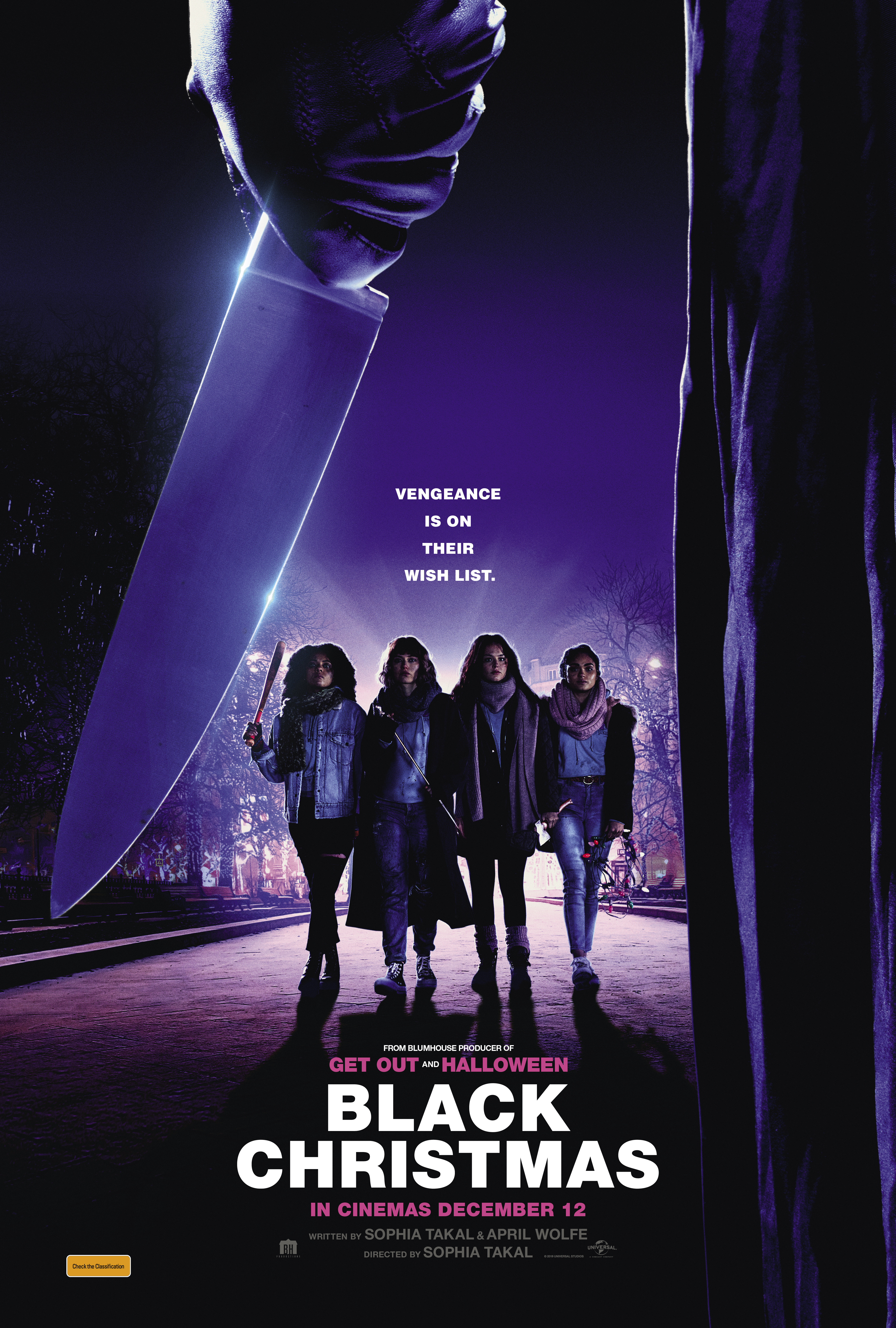 Entry details and conditions:
Competition closes at 11:59am AEDT Friday December 6th 2019.
Open only to folks residing in Australia.
One entry per person.
Winners will be notified in the comments.
Double Passes are valid December 12 -19th 2019.
This is a game of creativity and skill.
Our Privacy Policy can be found here.