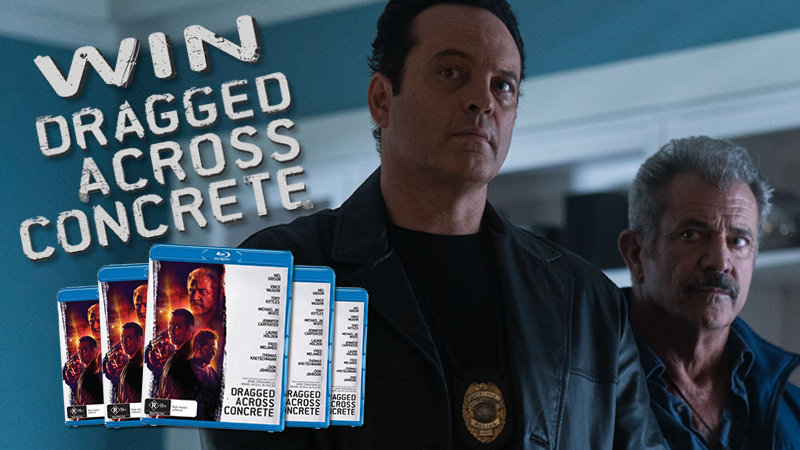 Our Monster Fest 2018 Opening Night Film, DRAGGED ACROSS CONCRETE is headed to home entertainment on November 27th and courtesy of Icon Film Distribution we’ve got 5x Blu-ray to GIVEAWAY!

DRAGGED ACROSS CONCRETE follows two police detectives (Mel Gibson & Vince Vaughn) who find themselves suspended when a video of their strong-arm tactics is leaked to the media. With little money and no options, the embittered policemen descend into the criminal underworld and find more than they wanted waiting in the shadows.

To celebrate the November 27th home entertainment release, we’re giving you the chance to WIN 1 of 5 DRAGGED ACROSS CONCRETE on Blu-ray, courtesy of Icon Film Distribution. 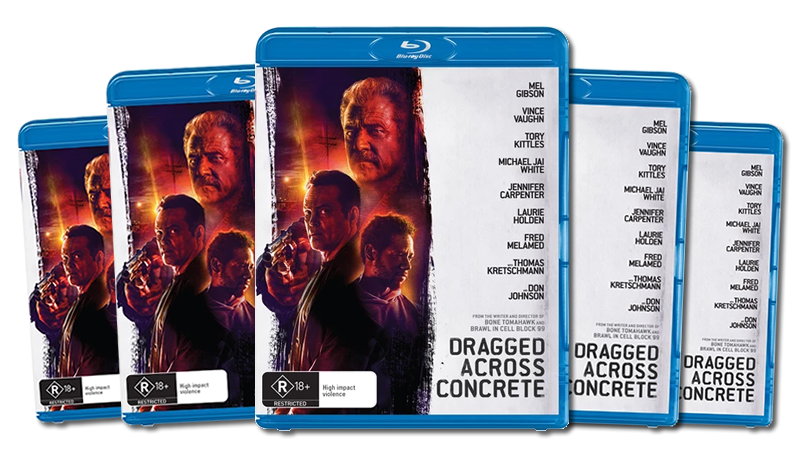 Entry details and conditions:
Competition closes at 11:59 pm AEDT, Sunday December 8h, 2019.
Open only to folks residing in Australia.
One entry per person.
Winners will be notified via Facebook private message and comments if required.
This is a game of creativity and skill.
Our Privacy Policy can be found here.