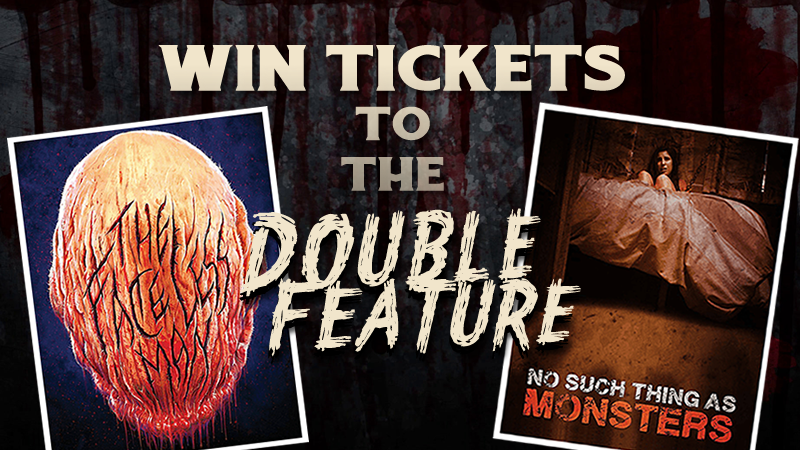 Melbourne WIN Tickets To THE FACELESS MAN & NO SUCH THING AS MONSTERS Double!

Melbourne, did you miss the World Premieres of THE FACELESS MAN and NO SUCH THING AS MONSTERS at FANGORIA x MONSTER FEST 2019: MONSTER TAKES MELBOURNE last year?

Well fear not as James Di Martino and Stuart Stanton are pairing up this Sunday to present a Double Feature of their films followed by filmmaker Q&As at Thornbury Picture House!

Australia’s answer to THE HILLS HAVE EYES has arrived with Stuart Stanton‘s NO SUCH THING AS MONSTERS, where a young couple’s weekend getaway to the bush becomes a nightmarish game of cat and mouse with a twisted group of individuals known as ‘the family’.

More crazed locals abound in James Di Martino’s debut feature THE FACELESS MAN, an insane tale of a group of friends whose party weekend getaway in the country turns to bloodshed when they are met with both the town’s strict no drug policy and the menace of the titular character.

NO SUCH THING AS MONSTERS
Stu Stanton | Australia 2019 | 95 mins
A young couple, Mary and David, escape into the woods for a weekend away of rest and relaxation. Unbeknownst to Mary, this is to be the weekend in which David proposes. This all changes however when they encounter ‘The Family’, an odd group of individuals who kidnap Mary and David for their own nefarious purposes.

THE FACELESS MAN
James Di Martino | Australia 2019 | 100 mins
Emily lives in fear of her cancer returning, so much so that her anxieties have manifested themselves in the form of a faceless creature, her fear incarnate…or is it? In an attempt to distract her from her troubles, Nina organises a party weekend getaway for Emily and friends to a secluded cottage in a quiet country town. Orange Lodge is known far and wide as a good town with good people…however they have a strong no drug policy and will go to extreme lengths to prevent any drugs from entering the town.

We’ve got a Double Pass up for grabs to this Sunday’s screening to GIVEAWAY and for your chance to WIN, all you need do is LIKE our Facebook Post, TAG the friend you would take along and COMMENT with ‘why you would take that friend along’.

Entry details and conditions:
Competition closes at 11:59 am AEDT, Saturday January 11th, 2020.
Open only to folks residing in Australia.
One entry per person.
The winner will be tagged in the Facebook post.
This is a game of creativity and skill.
Our Privacy Policy can be found here.

You can grab tickets now to this Sunday’s (January 12th) screening at Thornbury Picture House!