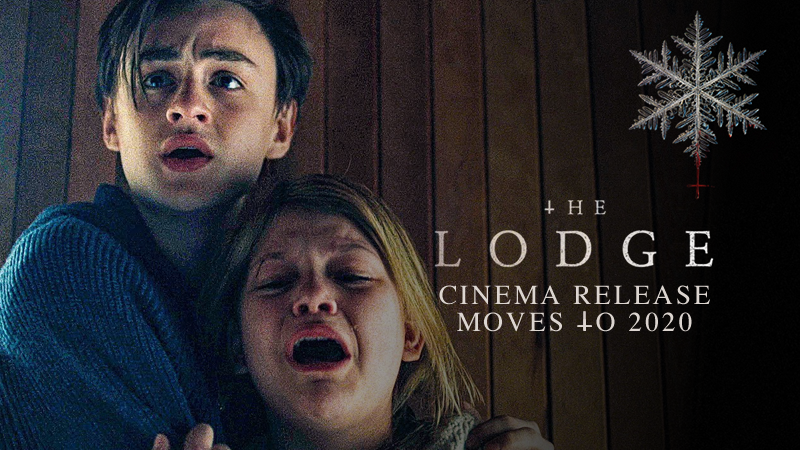 If you were wondering why THE LODGE didn’t open in cinemas last Thursday as initially scheduled don’t despair Roadshow Films have advised that they still intend to release the latest feature from GOODNIGHT MOMMY (or GOODNIGHT MOOMY if you own the Accent DVD or Blu-ray) filmmakers Severin Fiala & Veronika Franz theatrically, only now it’ll be next year.

It seems that this has been a somewhat global move with the films US distributor Neon shifting their release back to February 7th 2020. So if you managed to catch the film at Melbourne International Film Festival of Sydney Underground Film Festival, consider yourself lucky as you got to see six to seven months earlier!

THE LODGE follows a family who retreat to their remote winter cabin over the holidays. When the father (Richard Armitage, OCEANS EIGHT) is forced to abruptly depart for work, he leaves his children, Aidan (Jaeden Martell, IT CHAPTER 1 & 2) and Mia (Lia McHugh, TELL ME YOUR NAME) in the care of his new girlfriend, Grace (Riley Keough, THE HOUSE THAT JACK BUILT). Isolated and alone, a blizzard traps them inside the lodge as terrifying events summon spectres from Grace’s dark past.

THE LODGE opens in Australian cinemas on Thursday February 20th 2020.