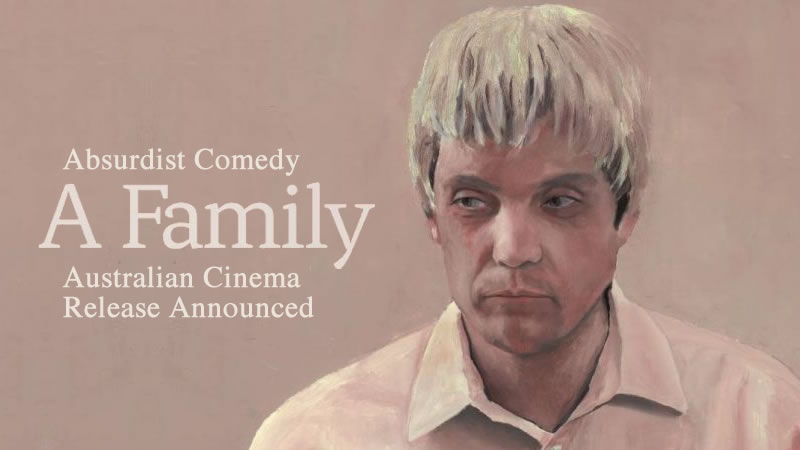 Following its World Premiere at Melbourne International Film Festival and run on the international festival circuit, the absurdist black comedy A FAMILY returns back to Australia for theatrical seasons across Australia kicking off this week.

The stark, broken down, bitterly cold but often fascinating environs of Ukraine are indeed a long, long way from Melbourne, but that’s exactly the lengthy journey that Jayden Stevens and his nearly-all-Aussie crew made to complete the feature film A FAMILY.

A wonderfully absurdist black comedy, A FAMILY is the story of Emerson, a man living in lonely isolation who seeks emotional refuge in the organising and documenting of family moments using low-grade impersonators. But when his fake sister becomes inspired to follow his method, their relationship struggles between the forged and the genuine.

Cast with largely non-professional Ukraine actors, and shot at a time when the region was on the brink of political calamity and all-out war, it’s a near miracle that A FAMILY was not only completed, but also that the film is so damn good.

An antecedent of the work of Aki Kaurismaki and Yorgos Lanthimos, and the most original film you will see coming from Australia, A FAMILY has already scored rave reviews (“A triumph,” wrote The Australian Arts Review) and picked up awards (including the inaugural Damian Hill Award for Independent Filmmaking at MIFF) ahead of its long awaited cinema release. 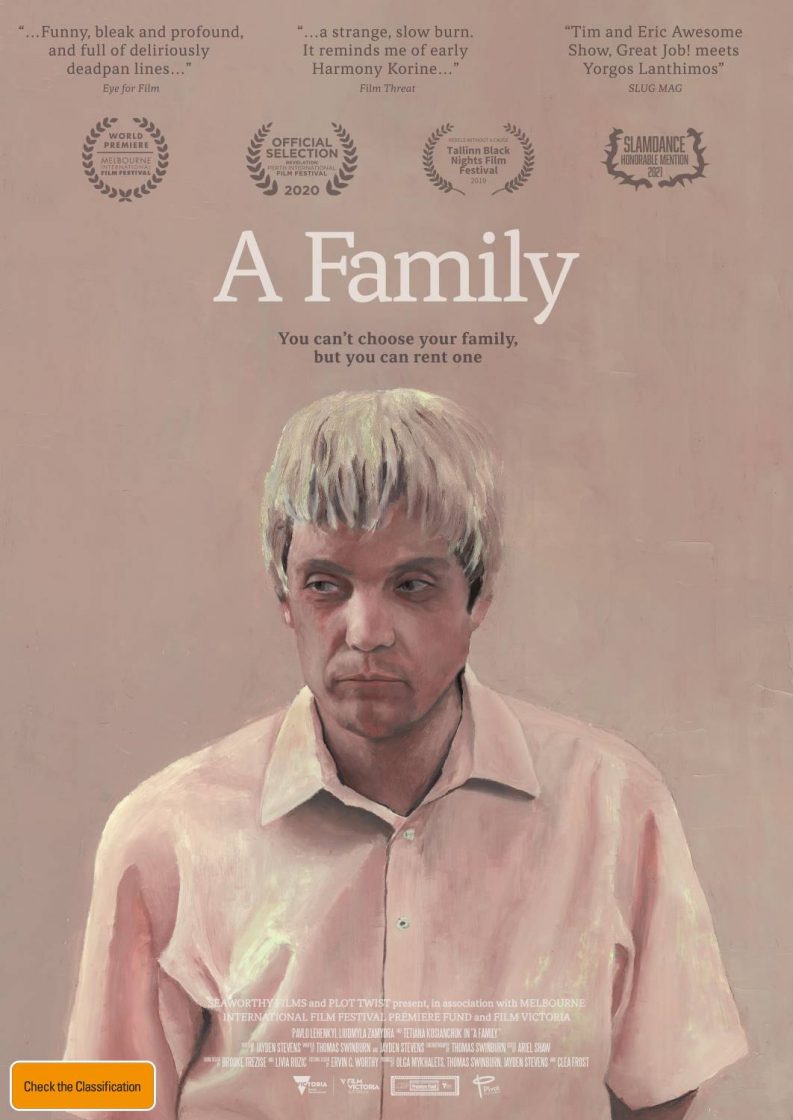