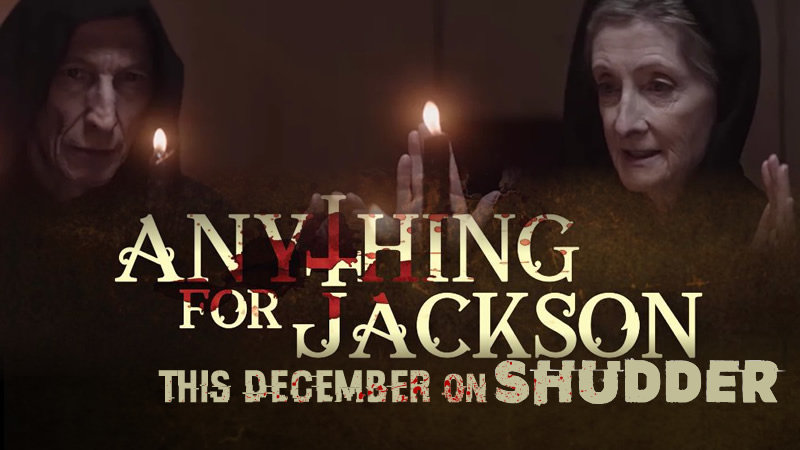 Shudder Original ANYTHING FOR JACKSON To Premiere This December!

Fresh from its World Premiere at the Fantasia International Film Festival, the reverse exorcism horror ANYTHING FOR JACKSON will arrive as a SHUDDER ORIGINAL on the service on December 3rd.

After losing their only grandson in a car accident, grief stricken Audrey (Sheila McCarthy, THE UMBRELLA ACADEMY) and Henry (Julian Richings, VICIOUS FUN), a doctor, kidnap his pregnant patient with the intentions of performing a “Reverse Exorcism,” putting Jackson inside her unborn child.

ANYTHING FOR JACKSON also stars Konstantina Mantelos, Josh Cruddas & Yannick Bisson and is directed by Justin G. Dyck, whose body of work prior to this feature largely consists of Hallmark-styled Christmas movies.

ANYTHING FOR JACKSON is streaming via SHUDDER from December 3rd.