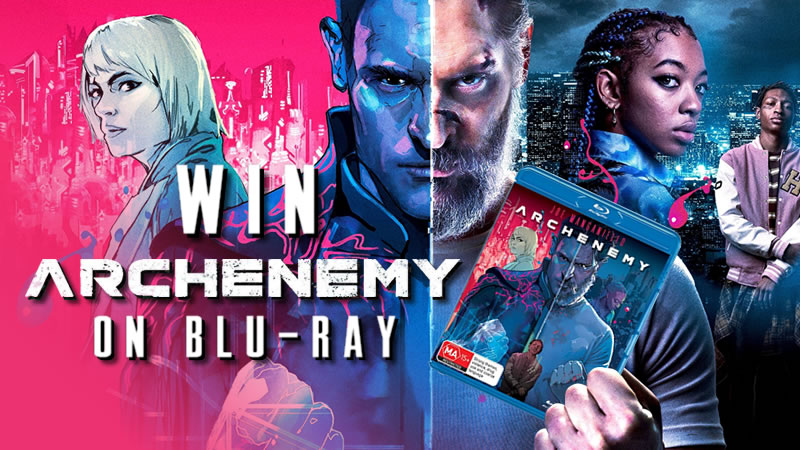 ARCHENEMY, is the latest feature from DANIEL ISN’T REAL writer/director Adam Egypt Mortimer and its headed to home entertainment on March 24th. To celebrate its release we have 5x Blu-ray to GIVEAWAY courtesy of StudioCanal & Universal Sony Pictures Home Entertainment. 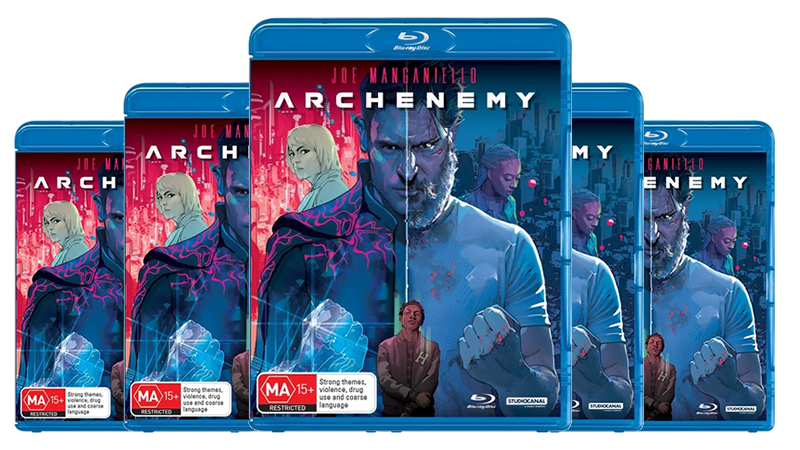 Max Fist (Joe Manganiello, ZACK SNYDER’S JUSTICE LEAGUE) is a local drunk who claims to be a superhero from the planet Chromium. He tells anyone who will listen that he was pulled into a wormhole, falling through time and space, and dropped to earth without any of his powers. No one pays any attention to Max except a teenager named Hamster (Skylan Brooks, THE DARKEST MINDS) who can’t get enough of Max’s stories. When Hamster and his sister (Zolee Griggs, WU-TANG: AN AMERICAN SAGA) get in trouble with a vicious drug syndicate led by The Manager (Glenn Howerton, IT’S ALWAYS SUNNY IN PHILADELPHIA), Max takes to the streets as a brutal vigilante hellbent on proving himself as the hero no one believes him to be.

Entry details and conditions:
Competition closes at 11:59pm AEDT Monday 5th April 2021.
Open only to folks residing in Australia.
One entry per person.
Winners will be notified in the comments.
This is a game of creativity and skill.
Our Privacy Policy can be found here.