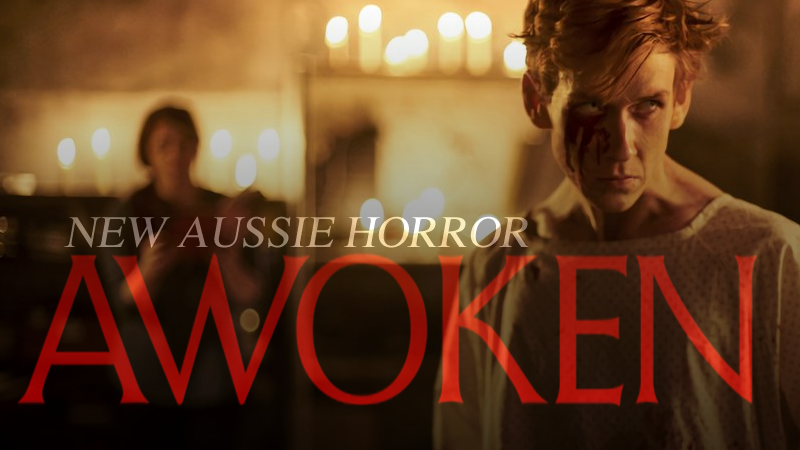 Filmmaker Daniel J. Phillips‘ AWOKEN will have its Australian Premiere at the Adelaide Film Festival this weekend and courtesy of local distributor Umbrella Entertainment, we’ve got this featurette that not only gives you a glimpse at the film but also the cast & crew discussion demonic possession…

Terror lives right here in Adelaide. Deep, dark and terrifyingly bloody things have been happening at Hendon Studios. Karla, a young medical student, is attempting to cure her brother of a terminal sleep illness called Fatal Familial Insomnia. Her quest to save him takes her to a secret underground laboratory, where a more sinister and terrifying reason for his condition is revealed.

Debut director Daniel J. Phillips, with star Erik Thomson and a strong local cast and crew create a vision of relentless tension, adrenaline-inducing scares and fear that will stay with you. With a fresh take on the horror genre, AWOKEN is a nightmare that will keep you involved until its chilling conclusion.

While the Australian Premiere this Friday night at the Adelaide Film Festival has Sold Out, there are still some tickets remaining for the Encore Screening on Saturday and you can grab them here!