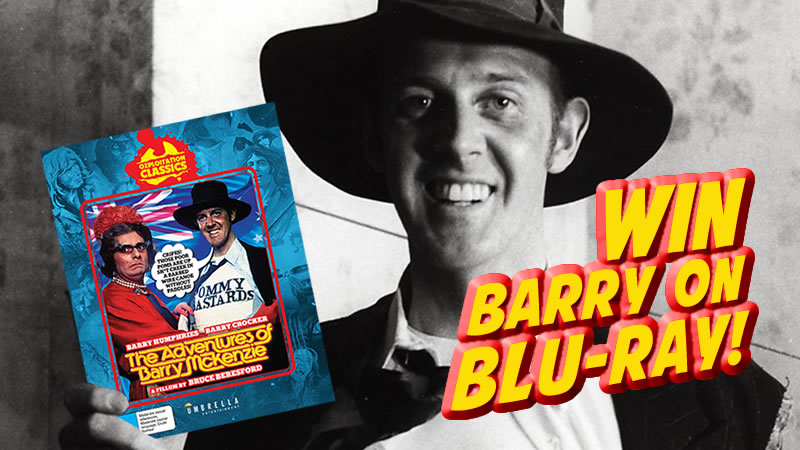 Win THE ADVENTURES OF BARRY MCKENZIE On Blu-ray!

Umbrella Entertainment have just launched a refresh of their Ozploitation Classics line on Blu-ray, now each release comes complete with a Slipcover and Number. THE ADVENTURES OF BARRY MCKENZIE is the inaugural release for the redesigned line and it’s a corker of a release to boot! 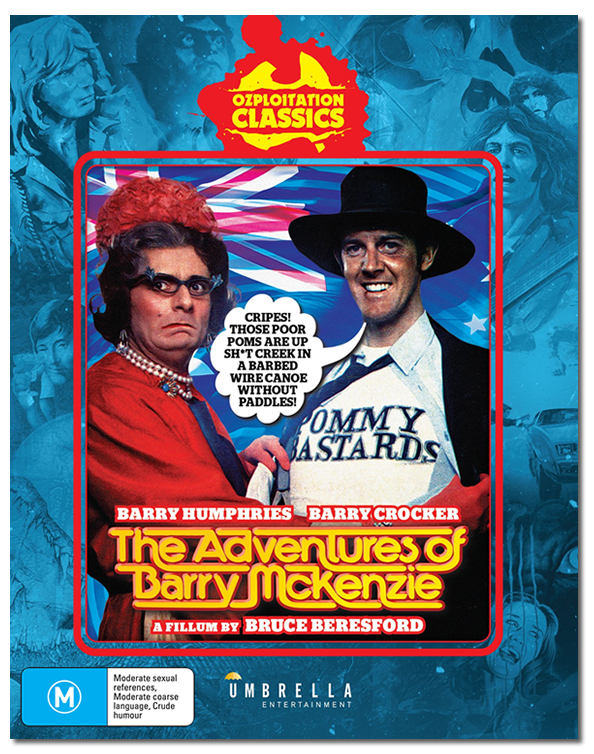 In this fan-bloody-tastic classic, Australia’s favourite wild colonial boy, Barry McKenzie, journeys to the old country accompanied by his Aunt Edna Everage to take a Captain Cook and further his cultural and intellectual education. Faster than a rat up a drainpipe, Bazza heads for Earls Court to catch up with a bonzer bunch of ex-pat bastards – and from there rampages through London, cracking tubes, parking the tiger, pointing percy, flashing the nasty and handing out knuckle-sandwiches to the unsuspecting Poms – who wouldn’t even know a tram was up ’em ’till the bell rang!

In addition to a new 4K Restoration and Special Features, this release comes housed in a limited run Slipcover (with removable classification sticker).

Courtesy of our friends at Umbrella Entertainment, we have 3x THE ADVENTURES OF BARRY MCKENZIE to GIVEAWAY!

Entry details and conditions:
Competition closes at 11:59pm AEDT Sunday 24th January 2021.
Open only to folks residing in Australia.
One entry per person.
Winners will be notified in the comments.
This is a game of creativity and skill.
Our Privacy Policy can be found here.

THE ADVENTURES OF BARRY MCKENZIE is Out Now on Blu-ray!