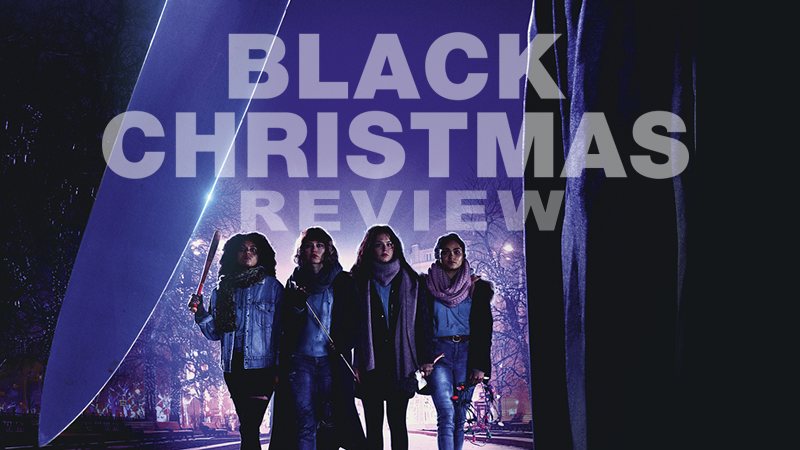 Sophia Takal follows up festival favourite ALWAYS SHINE with this bold though misdirected reimagining of Bob Clarke’s 1974 seminal festive slasher, BLACK CHRISTMAS. Sharing merely the title of Clarke’s film and a reference to the iconic plastic bag suffocation scene, Takal’s film adopts an entirely new premise, in that its not longer a sorority house being preyed upon by a killer but rather a cult of masked assailants stalking women on a college campus. 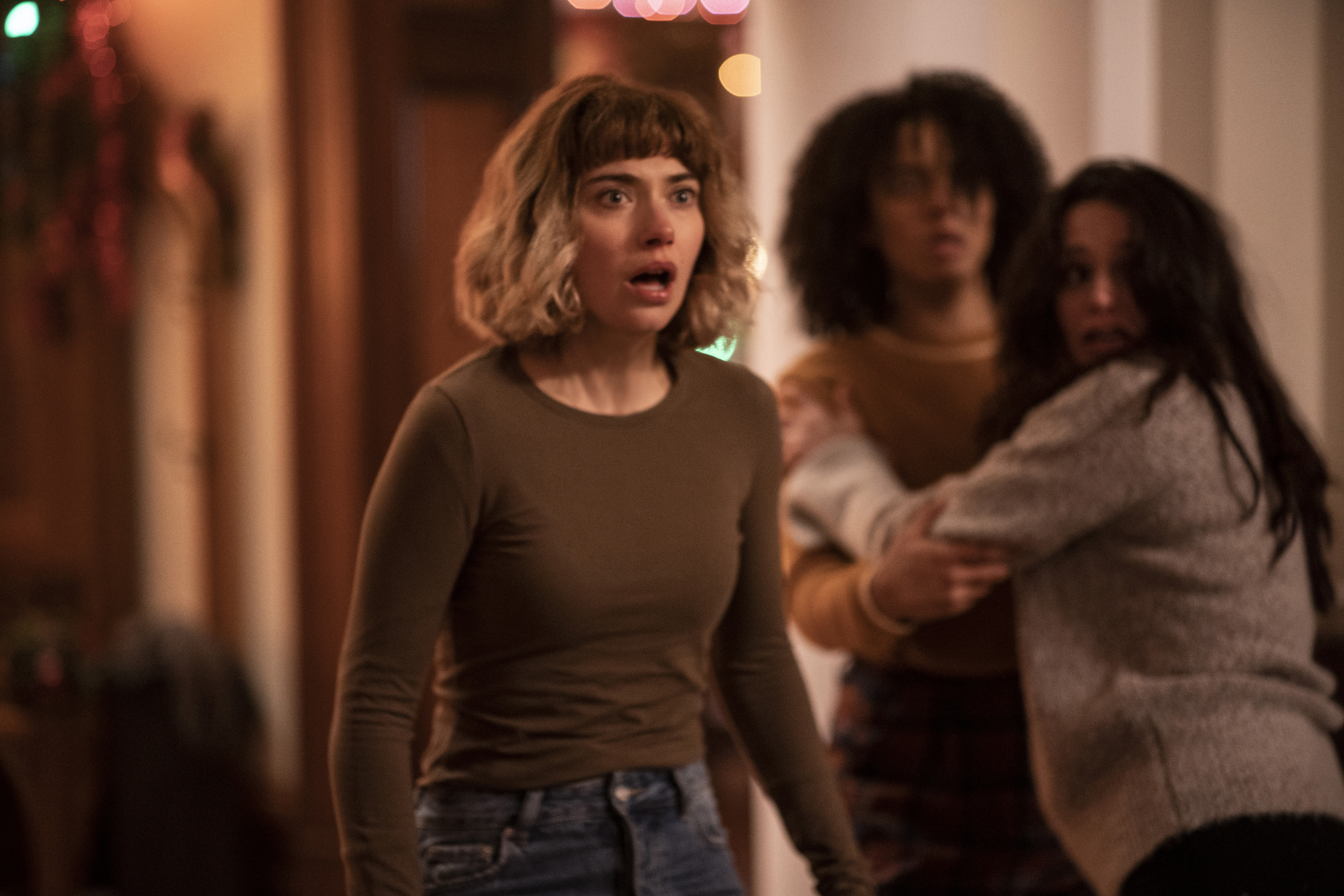 Early on its established that the film’s protagonist Riley (Imogen Poots, VIVARIUM) is a victim of sexual assault, who is slowly learning to regain her independence and trust in people once again. Surrounded by a supportive group of college friends, Riley is encouraged her to speak out publicly of her experience, albeit in song and dance, at a Christmas pageant in the house of the school’s notorious fraternity, the very one in which she was raped. Following the performance, the group of girls are targeted by what they perceive to be a singular predator though soon learn that it’s a band of killers, draped in robes,  who in fact may not be human. 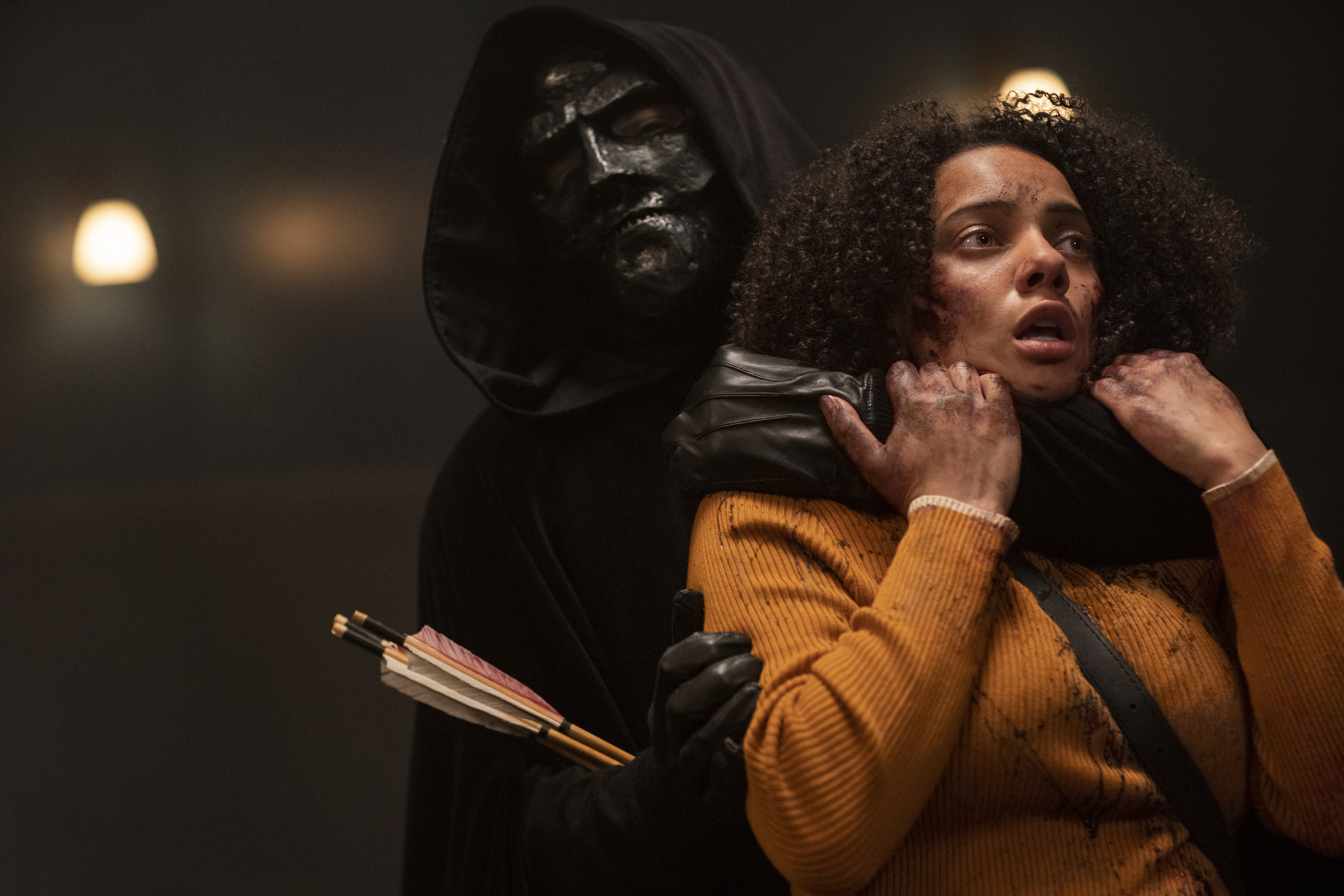 Deviating from Clarke’s traditional narrative may seem like a worthy venture given the failure of Glen Morgan’s largely maligned 2006 redo, however the mishmash plotting of late 90s come early 2000s staples like URBAN LEGEND, DISTURBING BEHAVIOUR and THE SKULLS does not make for one whole nor modern feature. Takal’s BLACK CHRISTMAS is crowded with ideas but with little cohesion, had it stayed predominately a slasher without veering into supernatural territory it may have faired better. Unfortunately the hairpin plotting allows for little to no build in suspense, rather the audience are merely rerouted constantly with the next shift in narrative direction, which ultimately feels more draining than engaging. 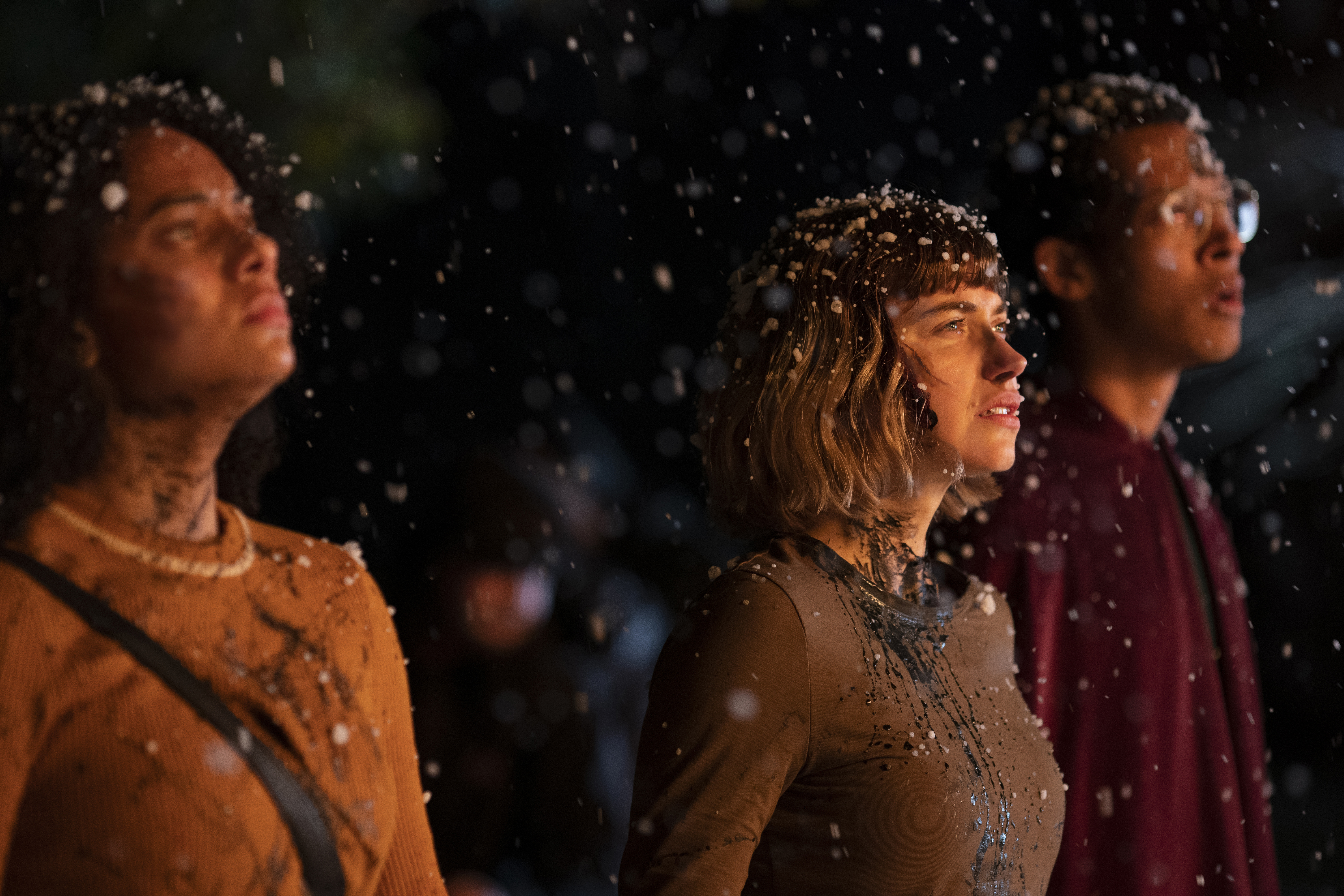 One important concern that BLACK CHRISTMAS does address in its subject matter is toxic masculinity through both cause and effect, which is a rarity in mainstream genre cinema (and a welcome one too), however its less than subtle approach does feel more aggressively agenda-based than a thematic undertone, Karyn Kusama’s JENNIFER’S BODY handled this exceptionally.

Unfortunately BLACK CHRISTMAS is as forgettable as it is bloodless and while it won’t earn a coveted spot on our annual Christmas viewing list, it may prove a reasonable gateway film for younger audiences willing to engage with genre cinema.

BLACK CHRISTMAS is now showing in cinemas across Australia.