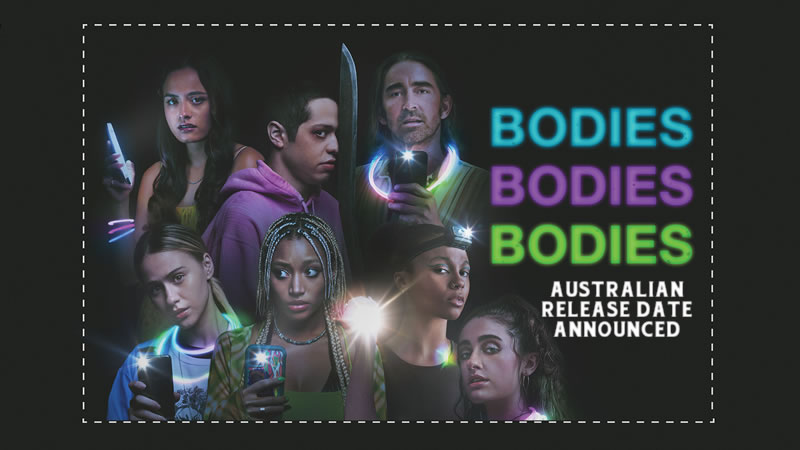 With a hurricane bearing down, a group of rich 20-somethings hole up in a remote family mansion stocked with food, flashlights, and drugs, ready to party their way through the storm. Sophie (Amandla Stenberg) has brought her new girlfriend Bee (Maria Bakalova) to meet her childhood friend, David (Pete Davidson), his girlfriend, Emma (Chase Sui Wonders), and their friends Jordan (Myha’la Herrold) and Alice (Rachel Sennott), who’s brought her older (as in 40-year-old) boyfriend, Greg (Lee Pace).

As night falls, lines are railed, and simmering grudges re- surface, and the group decides to play one of their favorite games: Bodies Bodies Bodies. One player is designated the murderer, the lights go out, a victim gets tapped on the shoulder, and everyone tries to guess who the killer was. But when the house’s power is cut, and people start getting killed for real, the old friends must survive the night and find the murderer in their midst—if they can just get over themselves first. 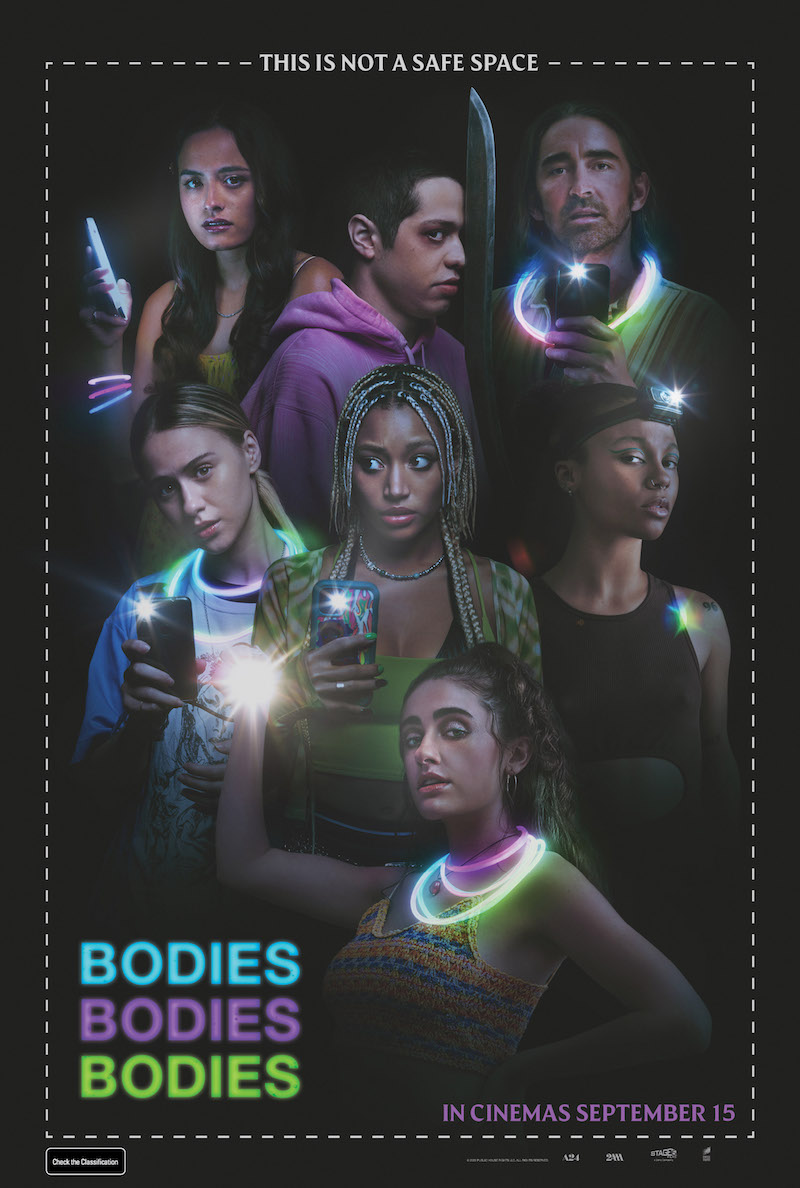