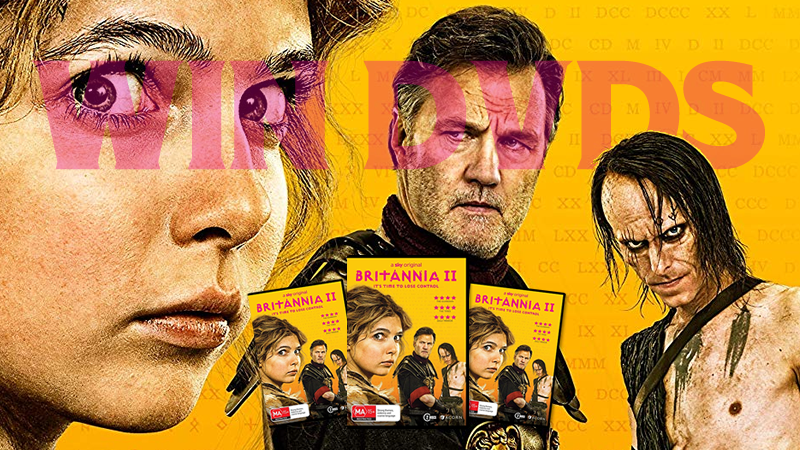 BRITANNIA is a cheeky and unique reimagining of the Roman Empire, and the saga continues with Series 2 releasing to DVD on January 22nd.

Two years on from invading Britannia, General Aulus (David Morrissey) is Romanising willing Celt tribes with the help of Celtic Queen Amena (Annabel Scholey), and crushing those who try to resist. Aulus’s behaviour raises suspicions that he has another agenda; one that raises ghosts in Amena’s past and makes his threat to the Druids ever more critical. The only form of hope for the Druids and Celts is Cait (Eleanor Worthington-Cox), a young girl being trained by outcast Druid Divis (Nikolaj Lie Kaas), to fulfil a prophecy that would save Britannia from the Romans. But when the dead man wakes, two Druid brothers Veran and Harka (Mackenzie Crook) begin an epic battle of wills that divides the Druids and puts the prophecy in jeopardy.

To celebrate the home entertainment release of BRITANNIA SERIES 2, we’re giving you the chance to WIN 1 of 3 DVDs, courtesy of Acorn Entertainment! 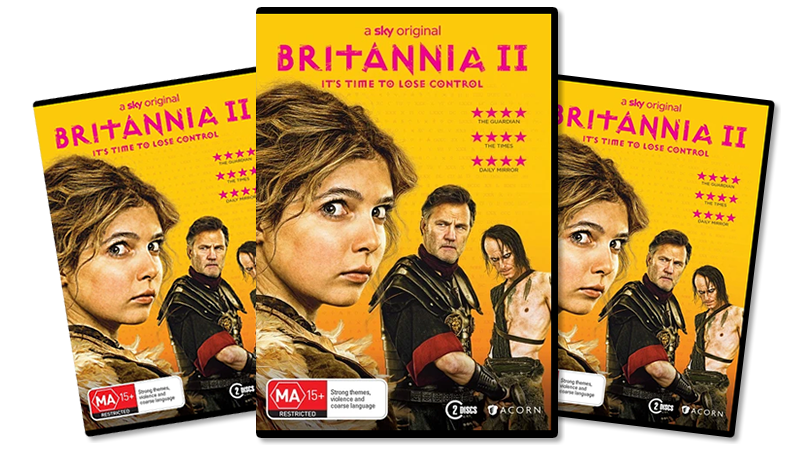 Entry details and conditions:
Competition closes at 11:59 pm AEDT, Sunday February 9th, 2020.
Open only to folks residing in Australia.
One entry per person.
Winners will be notified via Facebook private message and comments if required.
This is a game of creativity and skill.
Our Privacy Policy can be found here.

BRITANNIA SERIES 2 is out January 22nd on DVD!