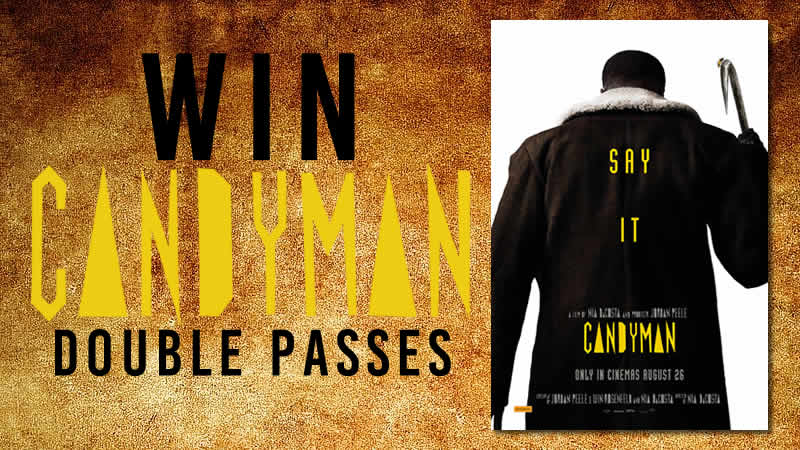 Universal Pictures will release Nia DaCosta‘s CANDYMAN in cinemas from August 26th and to celebrate its release we’ve got 5x Double Passes to GIVEAWAY!

Entry details and conditions:
Competition closes at 11:59pm AEST Sunday 5th September 2021
Open only to folks residing in Australia.
One entry per person.
Winners will be notified in the comments.
This is a game of creativity and skill.
Our Privacy Policy can be found here.
© 2020 Universal Studios and Metro-Goldwyn-Mayer Pictures Inc

CANDYMAN In Cinemas From August 26