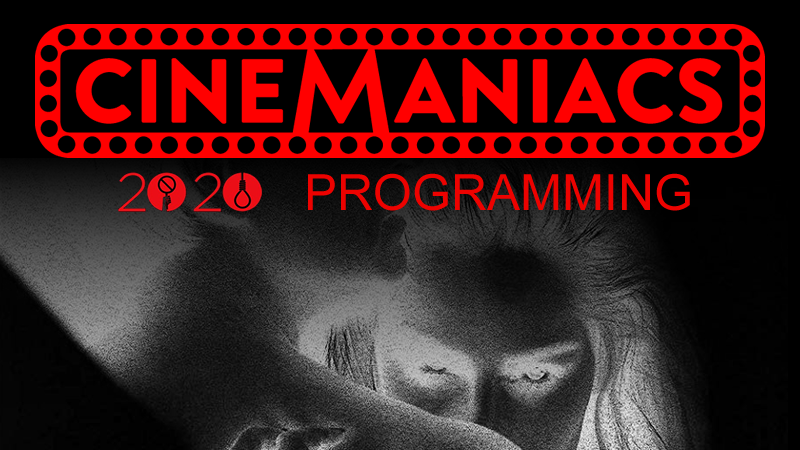 Saturday night brought a close to Cinemaniacs‘ second program for the year, ‘Squeal Like A Pig: Hiking, Camping & The Great Outdoors‘, with Burt Kennedy’s vastly underrated 1980 feature, WOLF LAKE. Those in attendance were treated to a preview of the Melbourne cinema collective’s 2020 programming, that will consist of two seasonal programs and a mid-year weekend festival!

For those unfamiliar with Cinemaniacs’ monthly events, they are more than just a screening of film (curated in a program by theme), they also include lectures, presentations and/or panels. They are also a great opportunity to meet likeminded film fans from in and around Melbourne and talk cinema before and after the screenings. Each event also carries with it a ridiculously affordable raffle where the prizes on offer are I-N-S-A-N-E!

Bring your placard and get ready to picket as first up is ‘Cut The Protesting – Films That Inspired Protest’ running from February 15th to June 13th. We dare say this may be the first time and last time you’ll ever see JESUS CHRIST SUPERSTAR and CANNIBAL HOLOCAUST play on the very same program!

Tissues are a mandatory requirement with Cinemaniacs’ second program for the year, ‘I’m Gonna Get Off This Merry-Go-Round – Suicide In Film‘, running from July 18th to November 21st.

The mid-year weekend festival, MONDO MOVIE FEST, will take place in June and while the specific films have yet to be revealed the following teaser will give you an idea of what to anticipate from this focus on the infamous exploitation documentary format!

Tickets will be on sale soon via Cinemaniacs official site. 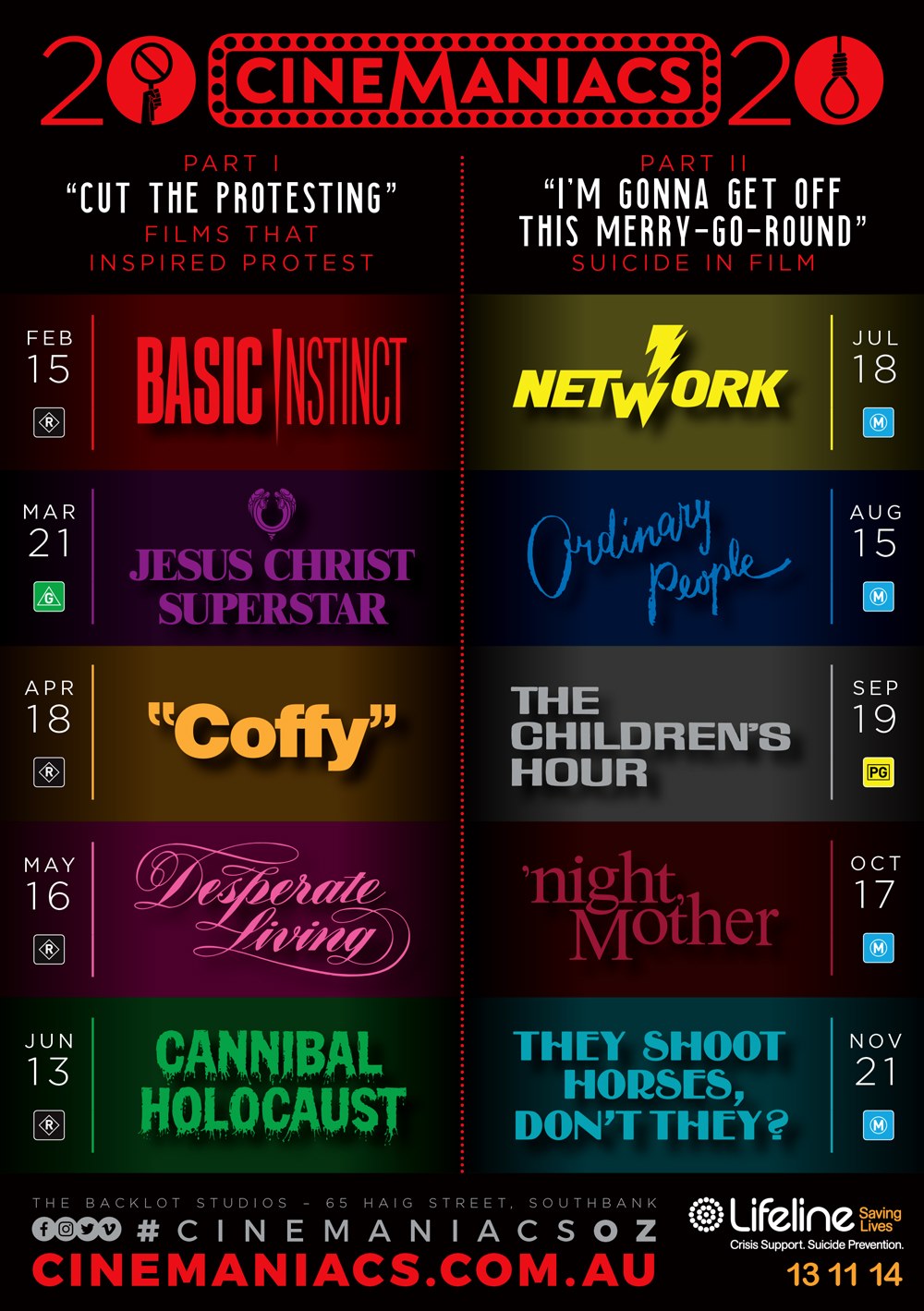