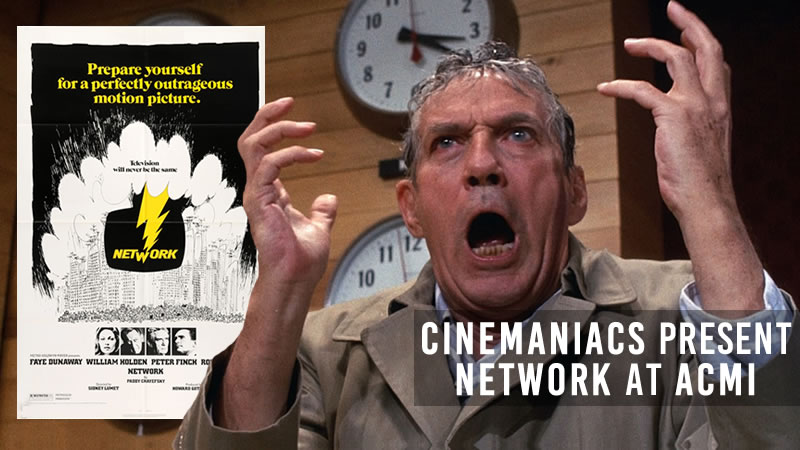 After lockdowns prevented CINEMANIACS from presenting Sidney Lumet’s NETWORK several times last year, we’re pleased to report that the screening will go ahead this Friday (January 28) at ACMI in Melbourne.

With a superlative cast headed by Faye Dunaway, Peter Finch, William Holden, Robert Duvall and more, this is a landmark in seventies bleak observational grim satire.

As relevant today as it ever was, Lumet’s brilliant, multiple Oscar-winning satirical exposé of the men and women behind the television networks. When Howard Beale (Finch), the dean of newscasters at the United Broadcasting System, is forced to retire, network executive Max Schumacher (Holden), Howard’s best friend, must deliver the bad news. Beale can’t stomach the idea of losing his 25-year post as anchorman simply because of age, so in his next broadcast he announces to the viewers that he’s going to commit suicide on his final program. Network head Frank Hackett (Duvall) advocates kicking.

CINEMANIACS’ Hande Noyan will be hosting a pre-show talk on the film.

Melbourne audiences can prepare for a diverse and outstanding 2022 program that includes THEY SHOOT HORSES, DON’T THEY?, ORDINARY PEOPLE, CREEPSHOW and SQUIRM.

About CINEMANIACS:
CINEMANIACS is a volunteer-run community of cinephiles that hold monthly screenings of retrospective films across all genres. Each screening is presented by Melbourne’s finest film historians including panels, presentations and video introductions by cast & crew from the films being screened. Find us at our new home at ACMI, in the heart of Melbourne’s Fed Square. If you want a truly unique experience alongside friendly, welcoming folks, then come along to CINEMANIACS. 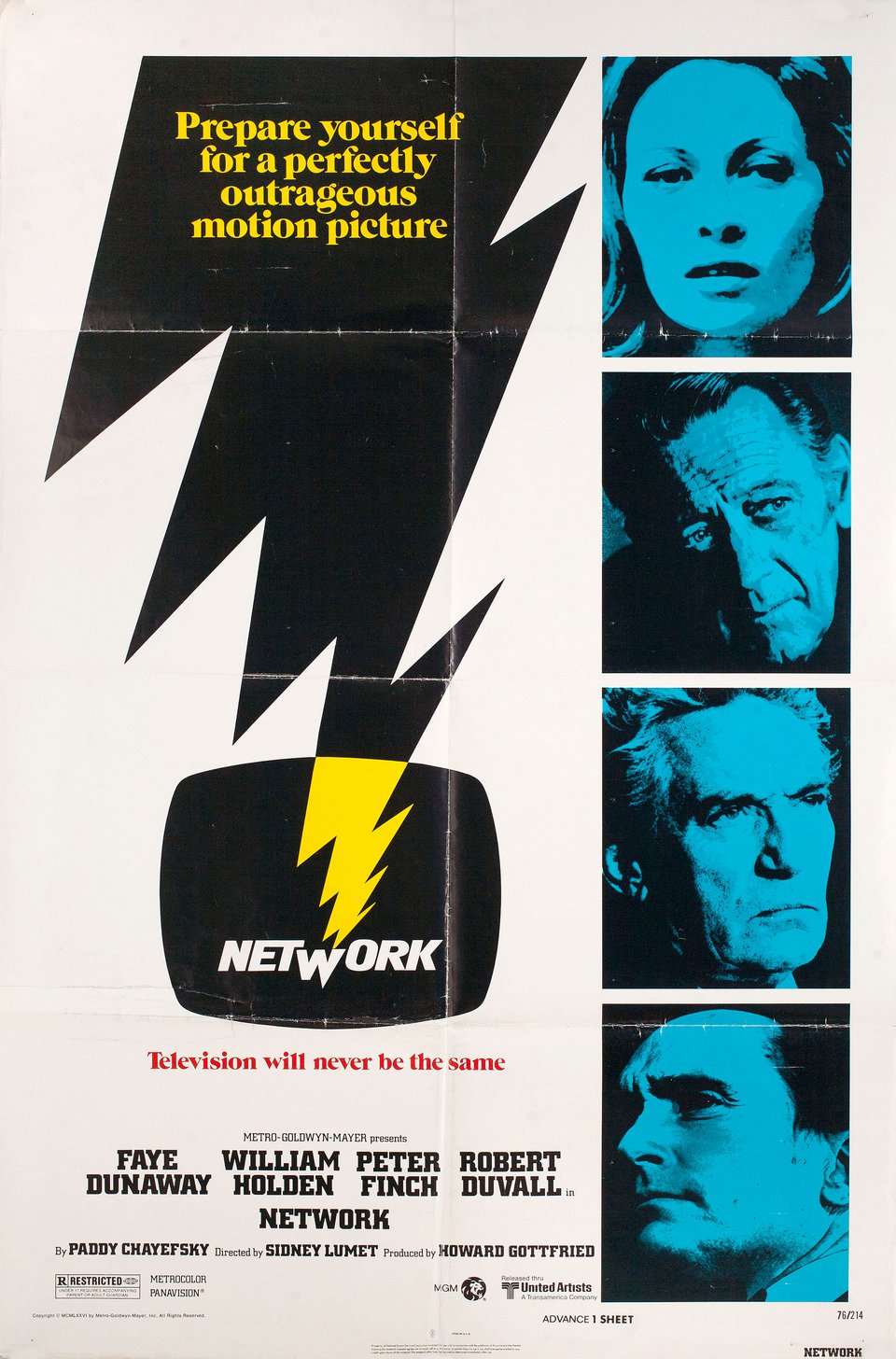