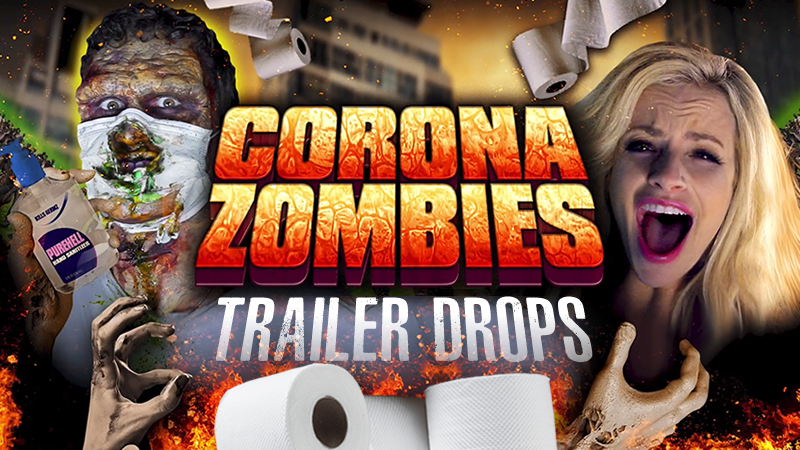 Full Moon Entertainment dropped the trailer for CORONA ZOMBIES overnight and if you’re thinking how did Charles Band and co. produce a feature-length cash-in on the global epidemic crisis so fast?

Uncle Charlie and his cohorts have been up to their typical cheeky tricks, this time cobbling together a feature-length film composed of footage from Bruno Mattei’s 1980 opus NIGHT OF THE ZOMBIES (aka HELL OF THE LIVING DEAD aka ZOMBIE CREEPING FLESH aka VIRUS) along with current news footage and a few newly-shot sequences!

Full Moon’s official synopsis: A government asleep at the wheel! The wealthy shrugging it off! A global toilet paper famine! And a virus that causes its victims to get up and kill! The people they kill…get up and kill!

CORONA ZOMBIES is released this Good Friday in the United States and while there’s no word on a local release just yet, we have a feeling it may surface on VOD before you know it.