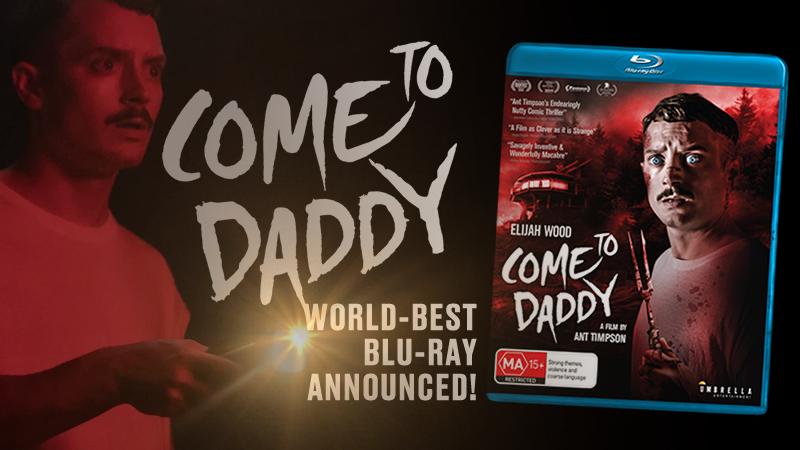 Ant Timpson‘s clever, brutal and hilarious pitch-black comedy/thriller COME TO DADDY was among one of our favourite films on the Adelaide, Brisbane, Canberra & Perth legs of last year’s FANGORIA x MONSTER FEST festivals and this July 8th its headed to home entertainment.

Despite rave reviews from critics and audiences alike, the world of home entertainment distribution have not seen fit to give Timpson’s breakthrough feature debut the justice it rightly deserves on disc!

Enter Umbrella Entertainment who have gone above and beyond to deliver a world-best Blu-ray release loaded with content! 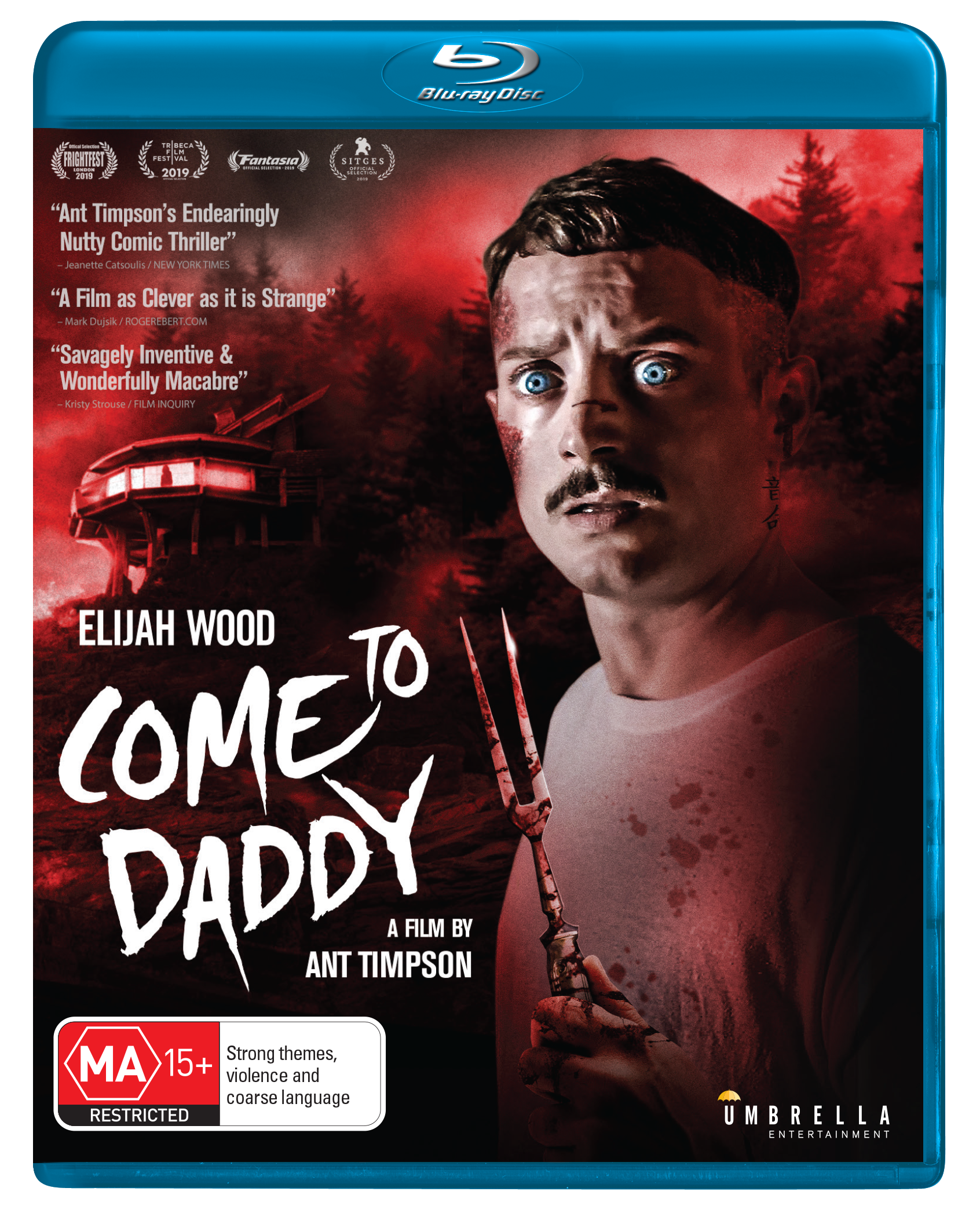 Norval Greenwood (Elijah Wood), a privileged man-child arrives at the beautiful and remote coastal cabin of his estranged father (Stephen McHattie). He quickly discovers that not only is dad a jerk, but he also has a shady past that is rushing to catch up with both of them. Now, hundreds of miles from his cushy comfort zone, Norval must battle with demons, both real and perceived, in order to reconnect with a father he barely knows.

COME TO DADDY headed to Blu-ray & DVD from July 8th and available to pre-order now!