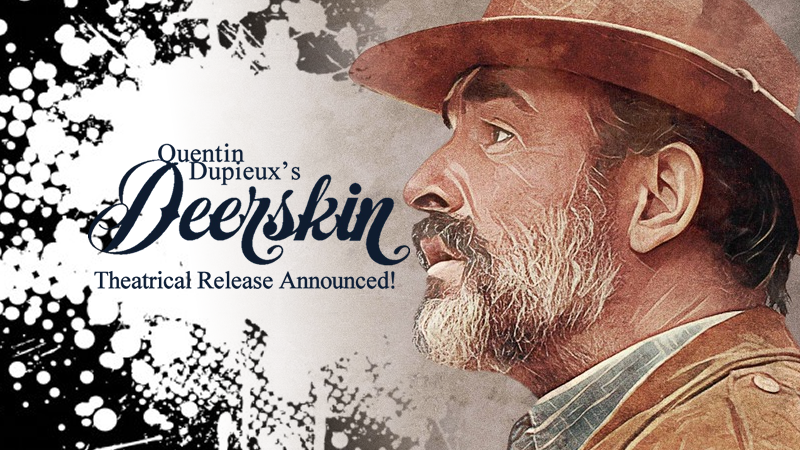 One of the most buzzed about films on the interstate legs of FANGORIA x MONSTER FEST – MONSTER TAKES AUSTRALIA last year was maestro of the bizarre Quentin Dupieux‘s DEERSKIN.

A wonderfully weird tale of obsession that follows Georges (Jean Dujardin, THE ARTIST), a man posing as a filmmaker who turns to a life crime in his quest to be the only one in the world to wear a jacket – You heard us. A jacket! No one else. In the whole world. Just him. He’s the only one allowed to wear a jacket. We’re serious!?!?

DEERSKIN is scheduled for an August 6th limited release in Australian cinemas.