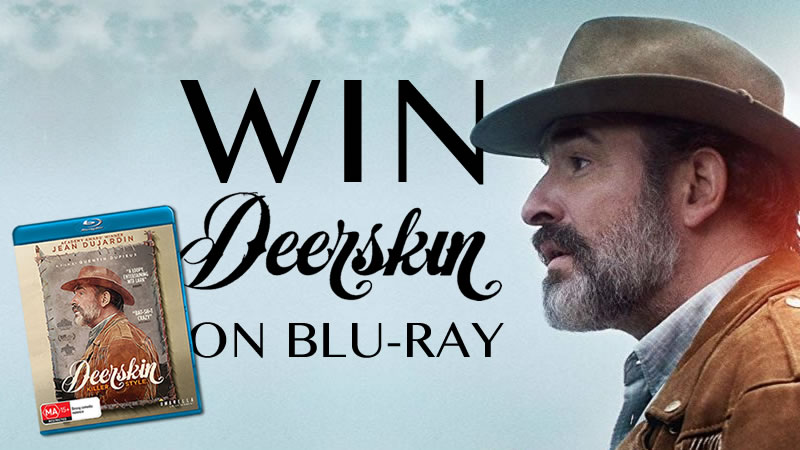 Academy Award winner Jean Dujardin (THE ARTIST) is a recent divorcee in the midst of a midlife identity crisis. In search of a new life and look, he ditches his past in a roadside petrol station and encounters a vintage, fringed deerskin jacket with influential supernatural powers. He relocates to a quiet French alpine village where he is mistaken for an independent filmmaker by an adventurous, enterprising bartender in a sleepy saloon (Adèle Haenel, PORTRAIT OF A LADY ON FIRE) who happens to be an aspiring editor with natural production instincts. The two forge a tenuous allegiance and team up to collaborate on a film inspired by the visionary deerskin jacket.

Umbrella Entertainment have just released DEERSKIN to Blu-ray, DVD & VOD and to celebrate its release we have 3x Blu-ray to GIVEAWAY! 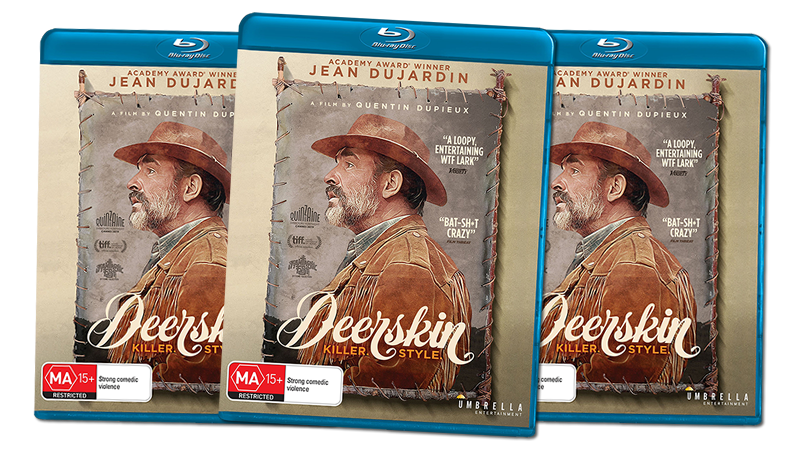 Entry details and conditions:
Competition closes at 11:59pm AEDT Sunday December 13th, 2020.
Open only to folks residing in Australia.
One entry per person.
Winners will be notified in the comments.
This is a game of creativity and skill.
Our Privacy Policy can be found here.