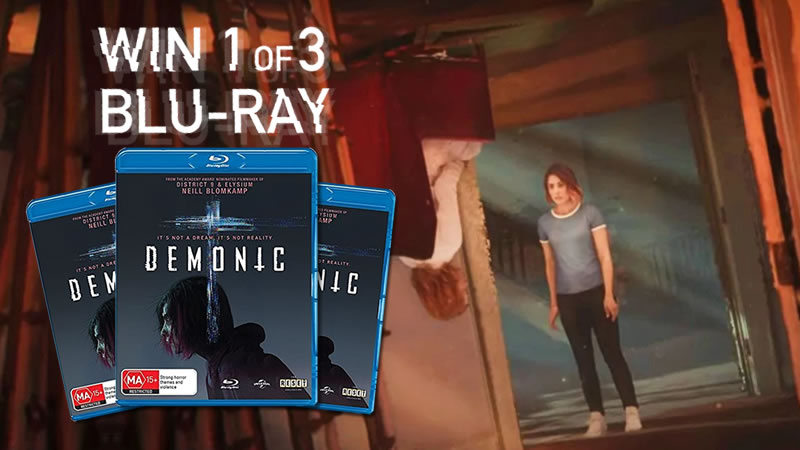 DEMONIC, a tech-horror, is the latest feature from Neill Blomkamp (DISTRICT 9, CHAPPIE) and to celebrate its home entertainment release we’ve got 3x Blu-ray to GIVEAWAY courtesy of Universal Sony Pictures Home Entertainment & The Reset Collective.

When Carly Spenser (Carly Pope) learns that her estranged mother Angela (Nathalie Boltt) has fallen into a coma, she reluctantly agrees to take part in a cutting-edge therapy that will allow her to tap into Angela’s still-active brain and communicate with her. Observed by physician Michael (Michael J. Rogers) and neuroscientist Daniel (Terry Chen), she enters a harrowing simulation of Angela’s mindscape where she discovers the powerful supernatural force that drove her mother to commit unspeakable acts of violence nearly two decades earlier. Afterward, haunted by terrifying visions, Carly joins forces with her old friend Martin (Chris William Martin) as she desperately tries to fend off the monstrous demon before it can enter a new host and inflict more pain and suffering on the world. 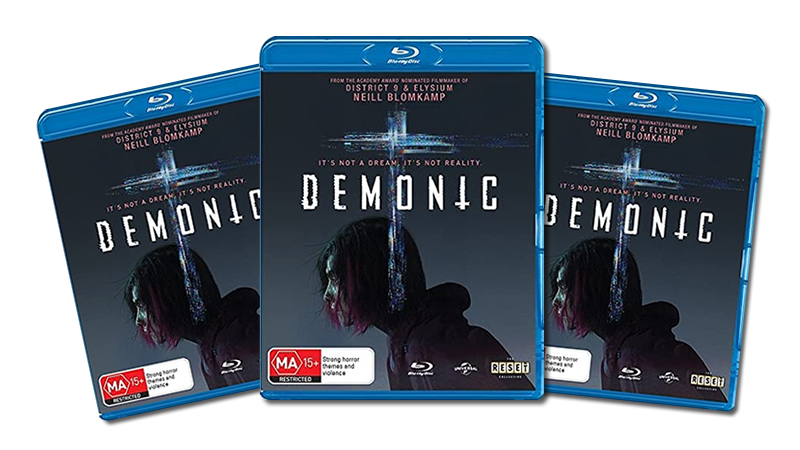 Entry details and conditions:
Competition closes at 11:59pm AEDT Sunday 31st October 2021
Open only to folks residing in Australia.
One entry per person.
Winners will be notified in the comments.
This is a game of creativity and skill.
Our Privacy Policy can be found here.