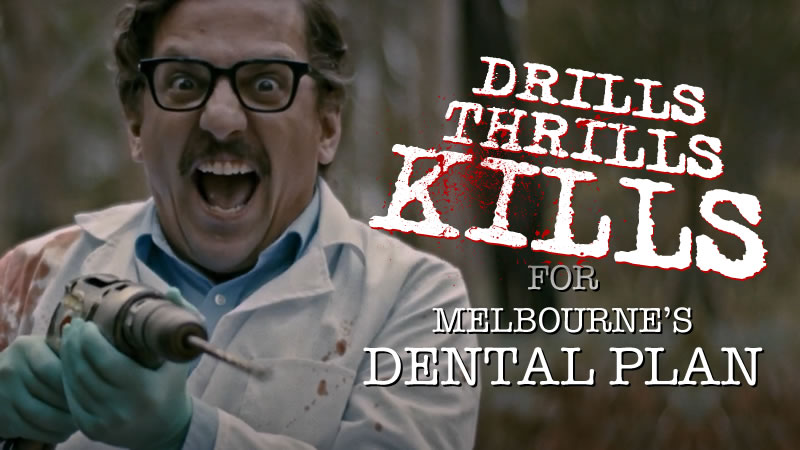 It’s been a decent stretch between trips to the dentist for horror, the last memorable outing being Brian Yuzna’s THE DENTIST 2 back in the late nineties.

Directed by Scott Marrinan, the video was shot in a real dentistal surgery in Barwon Heads and features a suitably manic performance by actor/comedian Ben Russell who has most recently been seen in the Netflix series AUNTY DONNA’S BIG OL’ HOUSE OF FUN.

If you’re Melbourne on March 13th, you can catch DENTAL PLAN live at the Tramway Hotel in Fitzroy, more details here.