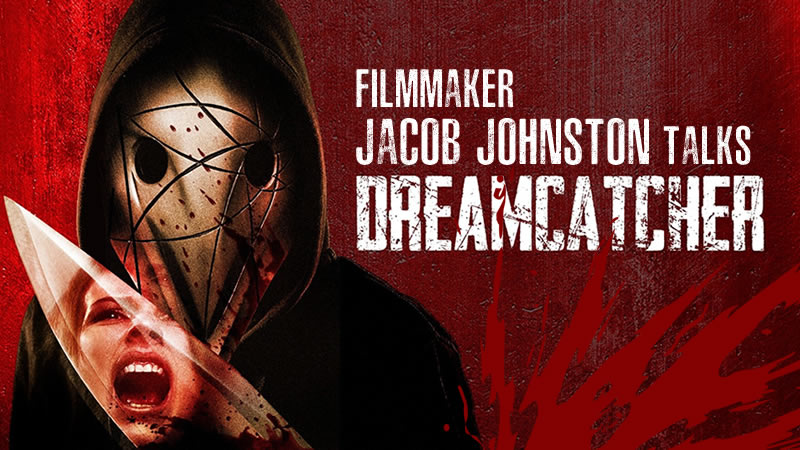 Writer/director Jacob Johnston‘s DREAMCATCHER is a subversive new slasher film with a thrilling mix of elements from the supernatural side of SINISTER to the whodunnit mystery of AND THEN THERE WERE NONE to the claustrophobic tension of GREEN ROOM.

DREAMCATCHER centres on two estranged sisters who, along with their friends, become entrenched in a 48 hour whirlwind of violence after a traumatic experience at an underground music festival.

We caught up with filmmaker Jacob Johnston to talk about DREAMCATCHER, which has just launched to rent/buy on Video-on-Demand platforms from Reset Collective across Australia & New Zealand including Apple TV & Google Play.

How did the concept for DREAMCATCHER first form?

Dreamcatcher was a product of opportunity. I received a call from the producers, Brandon and Krystal, who I’ve known for many years – and share a mutual adoration for 90s ensemble horror with. They said, and I’m paraphrasing – ‘hey, we want to make a movie – we’ve got the financing in place – and we’d love to work with you in bringing this to life.’ After an initial discussion, they basically established they wanted to do a love letter to the 90s, with a fresh young ensemble, and introducing – in some capacity – a music element. After all, soundtracks were SUCH an impactful part of 90s genre cinema. Those were really the only parameters I was given – and the rest was left up to me in the direction I wanted to go. The intricacies and mechanics of the plot were born from the development of the characters; that’s where it all started for me. After deciding to set it in the world of EDM, that opened up a lot of angles to take the ensemble from beginning to end. It was also important to me to focus on some kind of social, oftentimes satirical, commentary. Inlaid in that would be some heady subject matter, like the quest for identity, estrangement of family, and the insatiable thirst for validation in a world that thrives on scrutiny – among others. The best part about an ensemble-based story is the ability to understand and explore varying perspectives. Sure, maybe we all saw or experienced the same event – but how does that moment truly affect me based on my previous experiences in life. Focusing on psychologically complex, layered individuals gave me the opportunity to tell a story that wasn’t simply about how gory it was, or how many jump scares I could pack in, but rather finding ways to relate to the audience and ideally enhance their experience. We aren’t trying to reinvent the wheel, but finding other ways to use the wheel – and those subversive elements are what make genre films so fun to make. 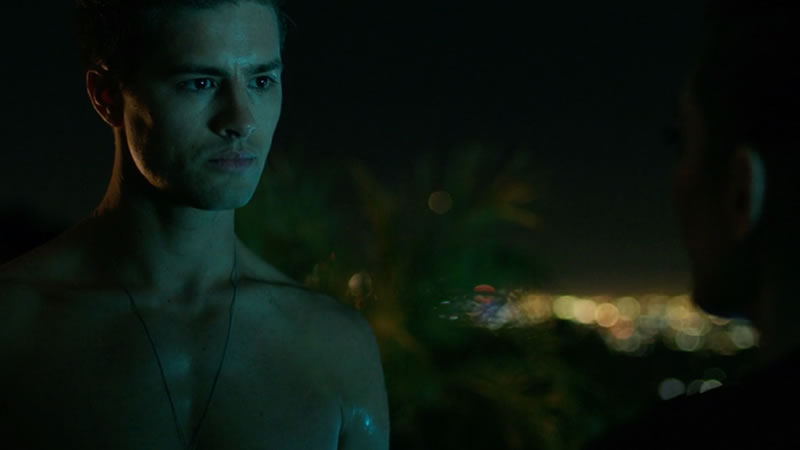 Were there any specific slasher or supernatural themed works that influenced DREAMCATCHER directly?

There were influences for sure. For instance, in the writing process, looking at how Kevin Williamson masterfully crafted SCREAM. How each scene meaningfully fed into the overall story – and that it wasn’t just a string of death scenes. That it was okay to have reprieves where the characters weren’t being chased or at risk of mutilation. Visually, films like IN THE MOOD FOR LOVE, NEON DEMON, LET THE RIGHT ONE IN, and SEVEN were extremely important for me. The use of color and contrast as extensions of the characters was super inspiring. From the onset, I knew I wanted Dreamcatcher to have a decided sense of style – but I wanted the stylization to make sense. Setting the film in the world of EDM naturally allowed for this bastardized, neon-clad, Wonderland-like approach.

What were some of the challenges in making the film?

Making movies is a grueling process, emotionally and physically. But, it’s also a fulfilling process in so many ways. Bonding with the cast and crew and seeing the creative fortitude of everyone involved was the most memorable thing to me. In the indie world, there is no place [read: time] for ego. It’s all or nothing – everyday. And the more we can foster a safe environment where everyone feels heard and respected – the better the experience is going to be for all parties involved. Technically speaking, the Cataclysm scenes were fairly challenging. We were supposed to shoot that sequence during our last week of filming, but through a series of factors, it ended up becoming our first week of shooting. This was 2 weeks out of principal photography. I had already storyboarded the scenes we were supposed to be shooting originally – and hadn’t even really started on the Cataclysm ones. But, in the end it was great – because of the shift we actually got an extra day at the Cataclysm location, which offered additional time for us to really focus on making it as exciting and visually stimulating as possible. 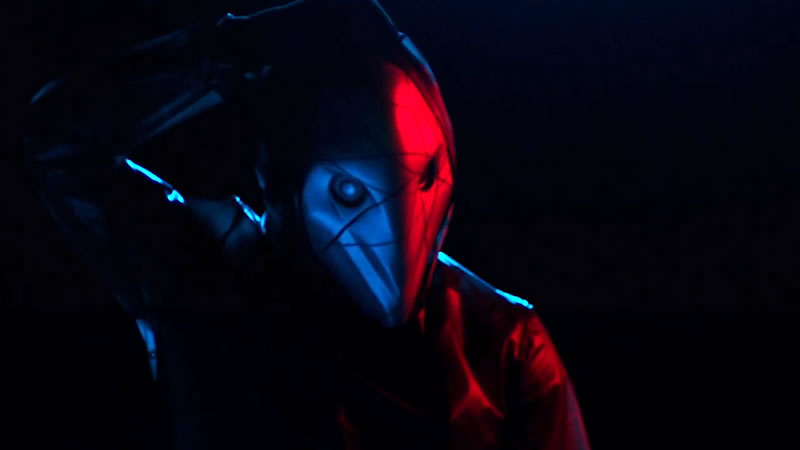 Any highlights or anecdotes you care to share from your time on the film?

It might sound silly, but I really loved the ability to bond with the cast and crew. In the indie world, you have to foster an environment of trust from the start – otherwise you’re in for a world of contention and frustration down the line. Our set ran smoothly because we were in the trenches together. We only succeed – if we succeed together. That passion stuck with us – it guided us – every person, the production assistants to the department heads; even when we were all running on fumes from weeks of overnight shooting. Some fond memories of the shoot involve the Cataclysm dance floor sequences. It was freezing cold – and like, 2am, but there was a camaraderie in that! We had this insane, concert lighting setup – hundreds of extras, and we’d just BLAST dance music and let everyone have a good time. We wanted to capture that experience of true reckless abandon – dancing like it’s your last night alive. It was a lot – but so incredibly fulfilling seeing it all come together. When you’re making a movie like this, there are so many things that happen spontaneously. It’s a chase sequence that lands JUST right in a single take. An emotional moment where the actor has a revelation in the middle of the scene – and that nuance bleeds through in a meaningful way. Those moments happened often throughout the shoot – and every time it happened – it was like lightning in a bottle. Needless to say, by wrap, we had a full case of bottles of lightning. I should start an Etsy store with them…

What can audiences expect from DREAMCATCHER?

I really hope the film surprises them. Maybe they go in expecting a run-of-the-mill slasher extravaganza – and realize along the way – there are more layers to the film. This is a story about identity, about family, corruption of power and loss of innocence – about the price of unruly, misplaced ambition; I hope that resonates in some way. The horror genre is ripe with films that teach us something about shifts in societal thinking – or finding ways to impart messaging without becoming heavy-handed. I want the audience to laugh and maybe jump a couple times – feeling that nostalgia of 90s-era ensembles where maybe the suspension of disbelief is a little ridiculous at times, sure, but you’re strapped in and enjoying the journey regardless.

DREAMCATCHER Out Now To Rent/Buy On Video-on-Demand