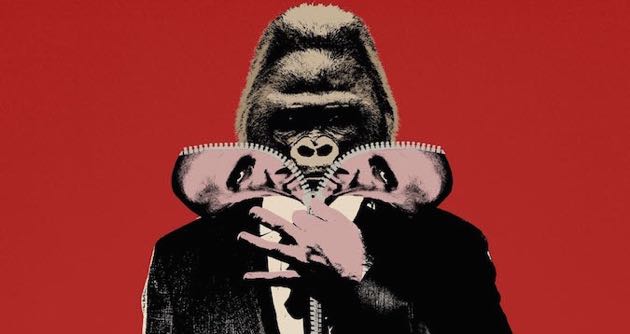 Alpha Male, Smith, and his Beta, Keith, make a move to take over a local community. They hook up with Restless Female, Denise, igniting a deadly feud in which emotions run high and deep-seated grudges resurface in the tribe.

Are we not men? Or are we simply beasts? This is a celluloid primal sceam in which the entire cast speak in grunts and gibberish – an anarchic, hilarious, disturbing and touching look at the human condition.

“You will not stumble across a movie as head scratching and bizarre as Aaaaaaaah!” – Film Thrills

“Aaaaaaaah! is a beautifully crafted piece of work masquerading as an ethnological study made by chimpanzees. Oram has made something truly unique.” – Eye For Film