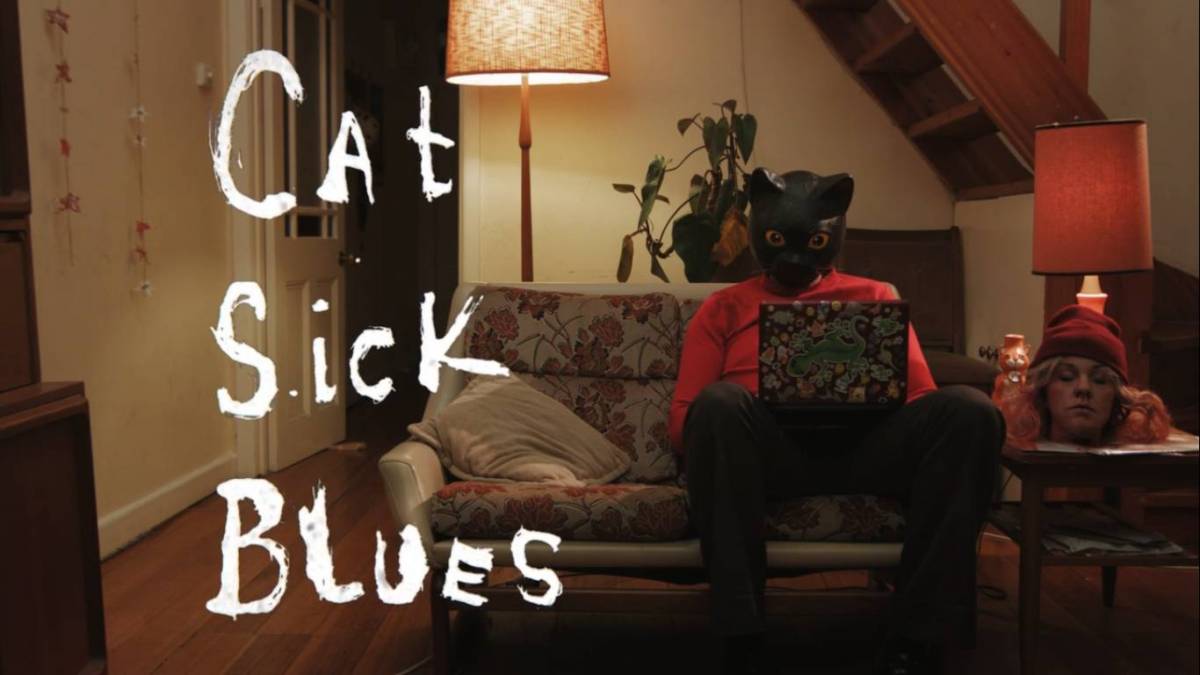 Come meet the director and star of this Monster Fest 2015 award-winner, pick up a DVD or Blu Ray at a discounted price and get your photo taken in our giant CAT LITTER BOX!

Director Dave Jackson and “Catman” star Matthew Vaughan will appear in person for a Q+A moderated by Michael Helms – whose legendary FATAL VISIONS fanzine is the namesake for Monster’s new sublabel championing new indie Aussie genre cinema like CAT SICK BLUES – there will be a draw to win one of several amazing alternative posters made for the film’s crowdfunding campaign, and we’ll have special event pricing on the freshly-minted Blu Rays ($20) and DVDs ($10). PLUS! Come roll around and get your photo taken in our giant cat litter box!

Suffering a mental breakdown after the death of his cat, introverted loner Ted convinces himself that in order to bring his beloved pet back to life, he needs nine human lives to sacrifice in its place. Constructing a cat costume, complete with mask and razor-sharp claws, Ted embarks on a murderous rampage, slashing his way through share houses, backpacker hostels and webcam chat rooms in a savage frenzy. As the butchery escalates, a twisted and bleak romance blossoms between Ted and Claire, a young woman he meets in a support group for recently bereaved pet owners.