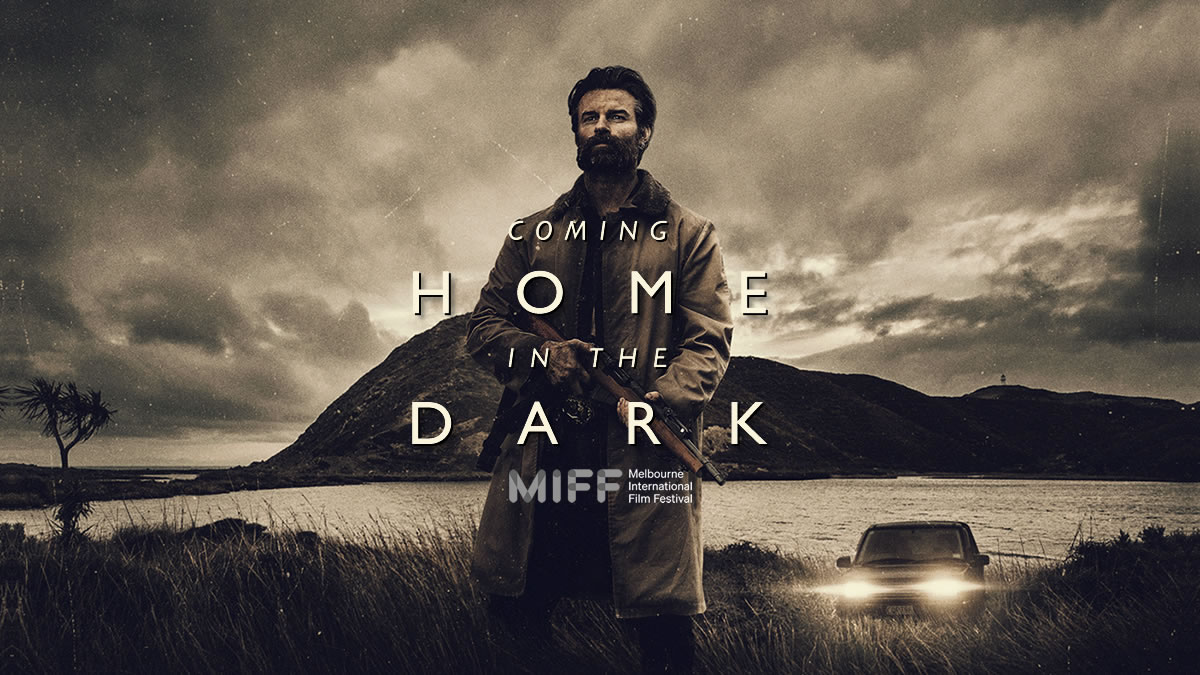 Following its World Premiere at the prestigious Sundance Film Festival earlier this year, COMING HOME IN THE DARK will have its Australian Premiere at the Melbourne International Film Festival (MIFF) on August 6th with co-writer/director James Ashcroft and actor Erik Thomson in-attendance for post-screening Q&As.

Mild-mannered schoolteacher Hoaggie and his wife, Jill, set out with their teenage sons on a hiking excursion to an idyllic nature reserve. There, they cross paths with the psychopathic Mandrake (an intimidating Daniel Gillies, The Vampire Diaries) and his accomplice, Tubs, who are all too happy to demonstrate how the enjoyment of seclusion can swiftly turn into entrapment. Taken captive by the murderous drifters, they must figure out how to escape unscathed – and what evil has put them in this situation in the first place.

Based on a short story by New Zealand master Owen Marshall, and likened by critics to Wolf Creek and Funny Games, this unnerving thriller terrified audiences at Sundance earlier this year. Kiwi actor-turned-filmmaker James Ashcroft skilfully thrusts his characters into an environment of suffocating menace as motivations and allegiances shift, and long-buried episodes from the past are exposed. Is this family just unlucky, or is something more primal and personal animating their ordeal?

“A rivetingly nasty ride and an assured debut from a promising new director.” – Hollywood Reporter