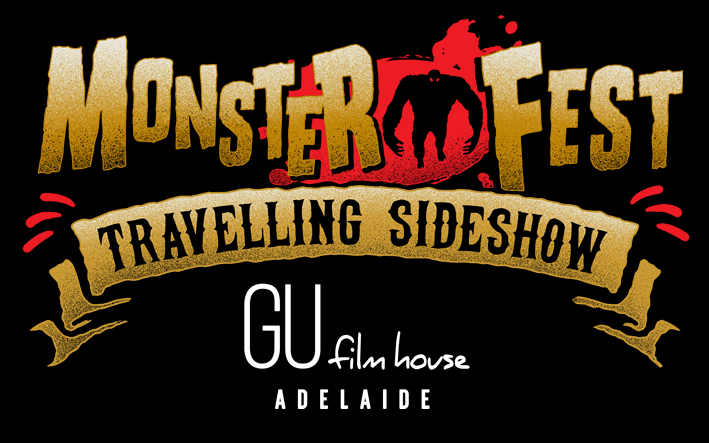 Adelaide genre fans will get a taste of Monster Pictures’ annual Melbourne-based genre film festival Monster Fest this July thanks to the continued partnership with Event Cinemas to present MONSTER FEST TRAVELLING SIDESHOW at GU Film House Adelaide on July 21-23rd, 2017 with a subsequent date in Perth to be announced soon.

Adelaide genre fans will get a taste of Monster Pictures’ annual Melbourne-based genre film festival MONSTER FEST this July thanks to the continued partnership with Event Cinemas to present MONSTER FEST TRAVELLING SIDESHOW at GU Film House Adelaide on July 21-23rd, 2017 with a subsequent date in Perth to be announced soon.

Kicking off with the Adelaide premiere of the definitive Radio Birdman documentary, DESCENT INTO THE MAELSTROM features interviews with all surviving members of the band and is crammed full of Radio Birdman music and rare archival footage and photos, some not seen for over 40 years!

Another 4K restoration making it’s Adelaide debut is Italian horror maestro Dario Argento’s 1977 masterpiece SUSPIRIA, along with THE EVIL WITHIN, made by millionaire meth addict, Andrew Getty, heir the Getty oil fortune who reportedly sunk $6 million dollars of his own fortune into the film, only to die before he could finish it.

Fresh out of Sundance is 78-52, a documentary that takes an unprecedented look at the ‘shower scene from PSYCHO’, the screen murder that profoundly changed the course of world cinema. It features interviews with film buffs and filmmakers alike—including Guillermo del Toro, Bret Easton Ellis, Elijah Wood, Eli Roth, and Peter Bogdanovich amongst many others.

After making waves internationally with its recent acquisition by Lionsgate in the US, Aussie found footage creature-feature CAGE DIVE will rear its fins for an Adelaide premiere. Also having its Adelaide premiere is Damien Power’s Aussie breakout Sundance hit, KILLING GROUND.

Sydney, Australia. 1974. A group of outsiders band together with a mission. In world of satin jumpsuits and screaming teens on Countdown, they form the high energy rock’n’roll band RADIO BIRDMAN, forever determined to keep compromise from their art. Switched off, shut down and booted out of venue after venue they stay determined to do things their own way, and they slowly accumulate a cult-like following of youth, a ‘New Race’ of disaffected youth who rally around the band. DESCENT INTO THE MAELSTROM is the true story of Radio Birdman, from their original formation to the present. Like the band itself, it’s an independent production, made from outside the industry. It shows what the band meant to the fans, and how they changed Australia, by inspiring a golden age of indie music from Cold Chisel to Midnight Oil. DESCENT INTO THE MAELSTROM features interviews with all surviving members of the band and doesn’t shy away from the internal conflict which sometimes fuelled the band’s performances. It’s already been called the greatest Australian music documentary ever made and is crammed full of Radio Birdman music and rare archival footage and photos, some not seen for over 40 years!

On the rebound after a devastating break-up,Lisa (Mandy Moore) is ready for adventure while on vacation in Mexico. Even still, she needs a little extra persuasion when her daring sister Kate (Claire Holt) suggests they go shark diving with some locals. Once underwater in a protective cage, Lisa and Kate catch a once in a lifetime, face-to-face look at majestic Great Whites. But when their worst fears are realized and the cage breaks away from their boat, they find themselves plummeting to the bottom of the seabed, too deep to radio for help without making themselves vulnerable to the savage sharks, their oxygen supplies rapidly dwindling. 47 METERS DOWN is a terrifying tale of survival set in the domain of the ocean’s fiercest creatures.

In this the third film in the continuing saga of the undead from writer/director George A. Romero (Night of the Living Dead, Dawn of the Dead, Land of the Dead, Diary of the Dead, Survival of the Dead), a small group of scientists and soldiers have taken refuge in an underground missile silo where they struggle to control the flesh-eating horror that walks the earth above. But will the final battle for the future of the human race be fought among the living or have they forever unleashed the hunger of the dead? Lori Cardille, Joe Pilato and Richard Liberty star in this controversial classic with groundbreaking gore effects by Tom Savini.

Arlen (Waterhouse), after she’s left in a Texas wasteland fenced off from civilization. While trying to navigate the unforgiving landscape, Arlen is captured by a savage band of cannibals led by the mysterious Miami Man (Momoa). With her life on the line, she makes her way to The Dream (Reeves). As she adjusts to life in ‘the bad batch’ Arlen discovers that being good or bad mostly depends on who’s standing next to you.