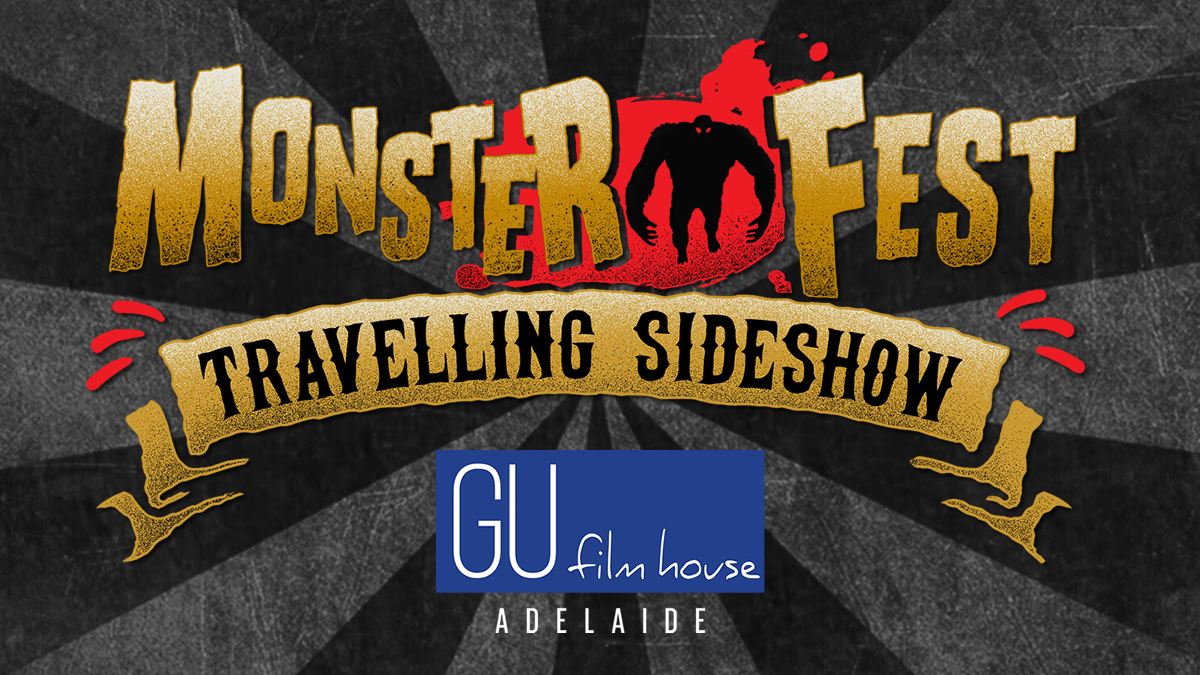 Adelaide genre fans will get another taste of Monster Pictures’ annual Melbourne-based genre film festival Monster Fest in 2018 when MONSTER FEST TRAVELLING SIDESHOW returns to GU Film House Adelaide on July 27 - 29th, thanks to our continued partnership with Event Cinemas.

As a doctor, wife and grieving mother, Amy is failing. It has been two years and she still cannot manage to leave her comatose son, David’s side. Amy falls further into her own selfish and twisted world of obsession and denial, blocking out everything and everyone around her. Meanwhile the walls of the hospital she is neglecting begin to fall apart. Awakening in what seems to be an abandoned old school, Amy finds herself a prisoner to a hoard of displaced cultish and feral kids. Trapped in a hostile supernatural purgatory for children (THE SCHOOL), Amy becomes an unwilling surrogate mother and must try and escape an impending evil. As supernatural and psychological terror ensues, Amy must find her way out, fighting against the demonic, supernatural and ultimately her own demons.

Confined to a two-room slum for his whole life, Bubby knows only of the existence of himself and his mother, a religious freak who shares the bath, and her bed, with her son. But when Bubby’s long-lost father (an alcoholic priest) returns home, and to his wife’s bed, the jealous Bubby is driven to head out into the world. Abused and exploited by everyone from feminists to prison inmates, a policeman, animal lovers and the Salvation Army, Bubby, armed only with the few phrases he’s learnt from his mother, has a tough entry into an inhospitable world. But others soon warm to this innocent idiot savant, and Bubby starts to find a place in the poisoned world from which he was confined.

When a 20-something finds a cache of hidden files on his new laptop, he and his friends are unwittingly thrust into the depths of the dark web.  They soon discover someone has been watching their every move and will go to unimaginable lengths to protect the dark web.

A traumatized veteran, unafraid of violence, tracks down missing girls for a living. When a job spins out of control, Joe’s nightmares overtake him as a conspiracy is uncovered leading to what may be his death trip or his awakening.

It’s the summer of 1984, the perfect time to be 14 years old and free. But when neighbourhood conspiracy theorist Davey Armstrong begins to suspect his police officer neighbour might be the serial killer all over the local news, he and his three best friends begin an investigation that soon turns dangerous.