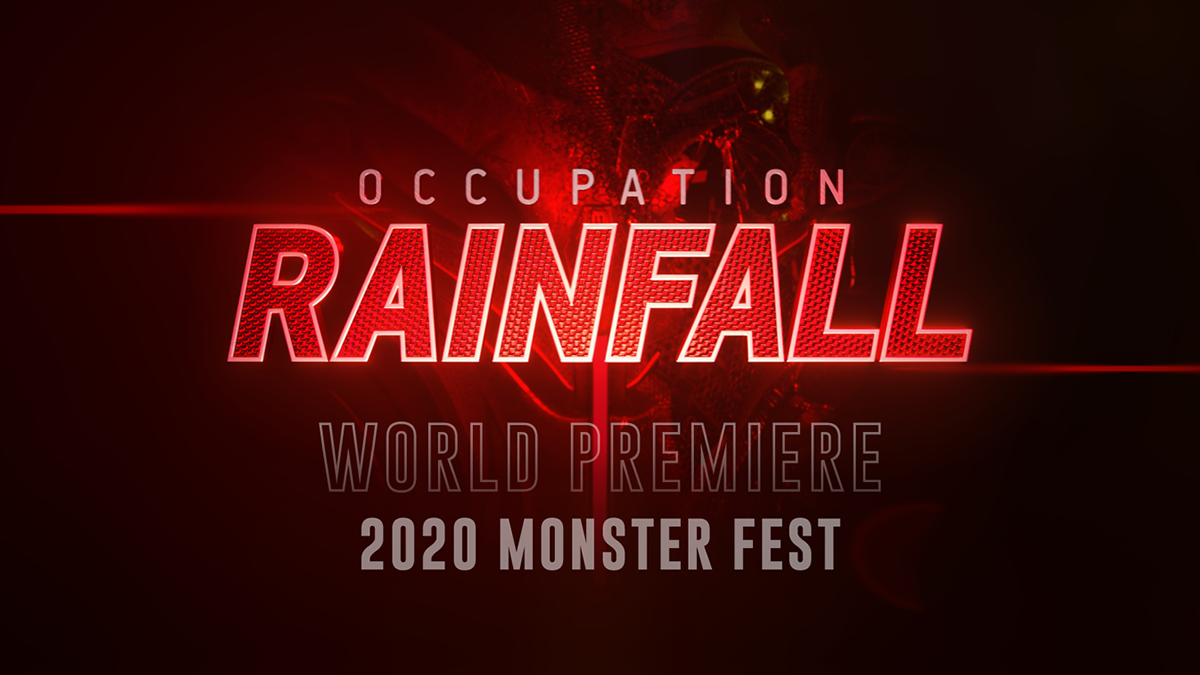 OCCUPATION: RAINFALL will have its World Premiere simultaneously across multiple cities at 2020: MONSTER FEST on Friday 30th October and tickets are on sale now!

Please Note: this is a FIRST-LOOK screening with the film at 99% completion with minor vfx to be fine tuned ahead of the film’s theatrical release in early 2021.