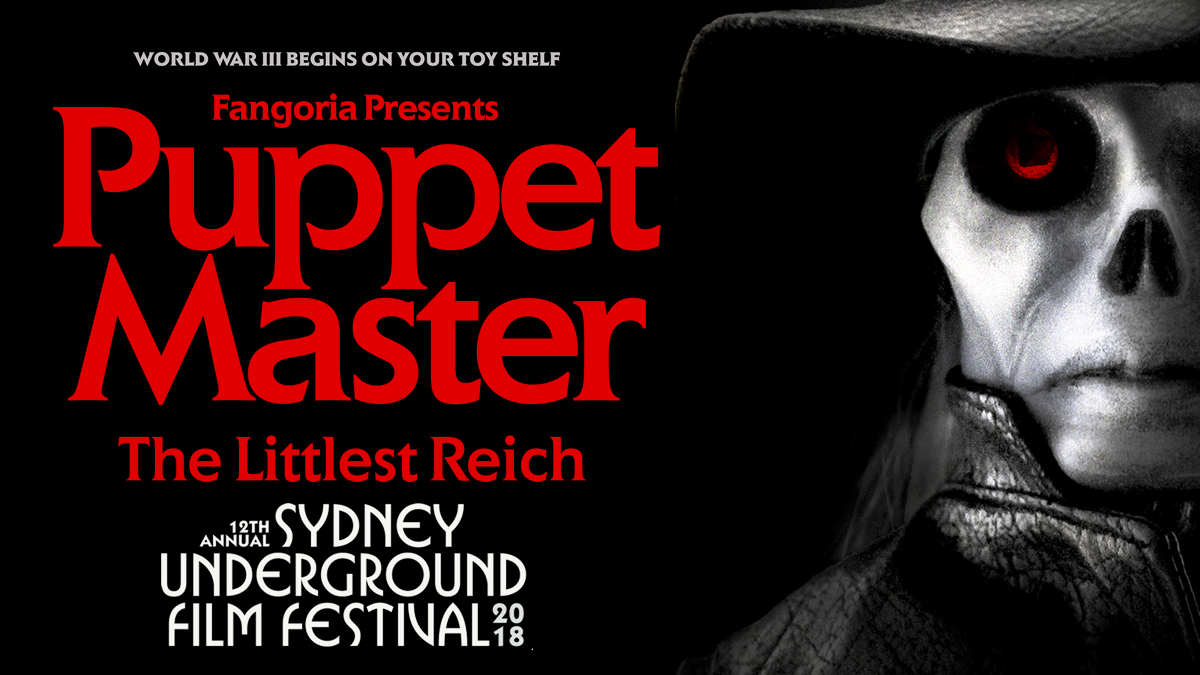 PUPPET MASTER: THE LITTLEST REICH will have its Australian Premiere at Sydney Underground Film Festival on Saturday September 15th 9:30pm.

Produced by Dallas Sonnier and written by S. Craig Zahler, the acclaimed team behind BRAWL IN CELL BLOCK 99 and BONE TOMAHAWK and directed by Sonny Laguna & Tommy Wiklund (WE ARE THE MONSTERS, WITHER) comes this terrifying new vision of Charles Band’s horror classic.
Recently divorced and reeling, Edgar (Thomas Lennon) returns to his childhood home to regroup his life. When Edgar finds a nefarious looking puppet in his deceased brother’s room, he decides to sell the doll for some quick cash. Girl-next-door Ashley (Jenny Pellicer) and and comic book pal Markowitz (Nelson Franklin) join Edgar for a doomed road trip to an auction at a convention celebrating the 30th Anniversary of the infamous Toulon Murders. All hell breaks loose when a strange force animates the puppets at the convention, setting them on a bloody killing spree that’s motivated by an evil as old as time.