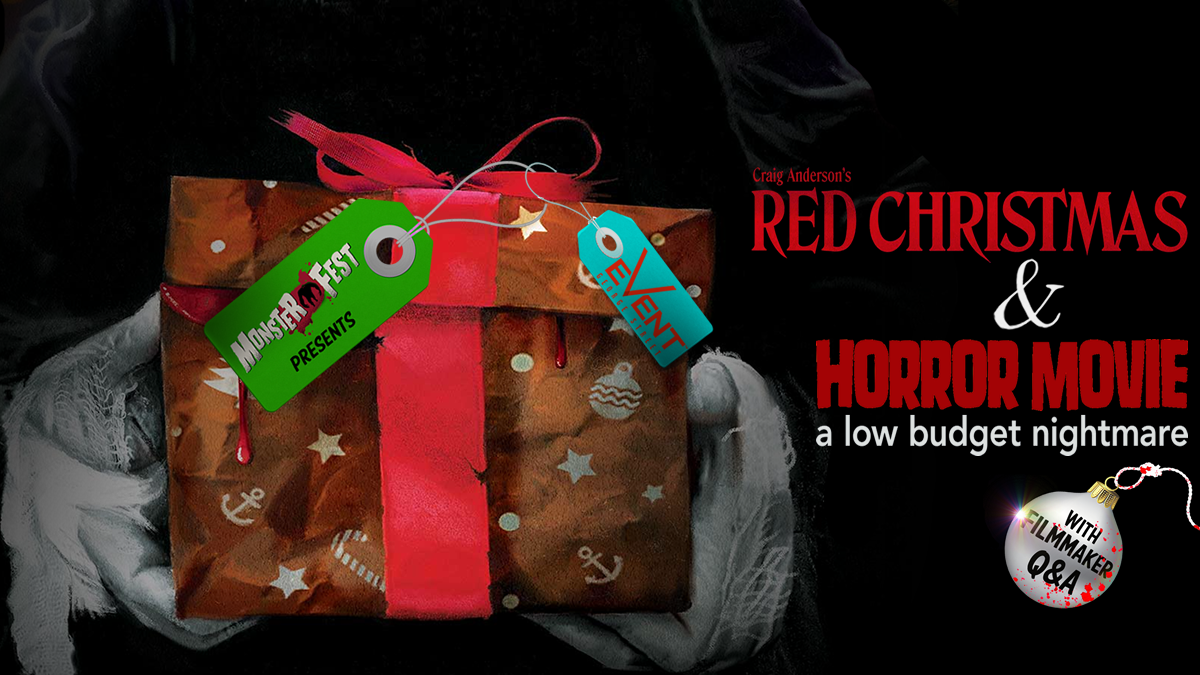 RED CHRISTMAS and the Sydney Premiere of its companion documentary, HORROR MOVIE: A LOW BUDGET NIGHTMARE (Director's Cut) on the big screen with Q&A by the filmmakers!

Both Craig & Gary will be in attendance on the night along with Sarah Bishop, Robert Anderson & Bryan Moses to field a post-screening Q&A.

Sick of playing roles like the ‘diabetes patient’ or the ‘weird friend’ on Australian TV, actor/filmmaker Craig Anderson embarks on a hilarious, tumultuous and blood-soaked journey to fulfil a life-long dream to make a horror film. With Hollywood ‘scream queen’ Dee Wallace (E.T., CUJO, THE HOWLING) onboard, it’s not long before things wildly go off the rails and the dream turns into a low-budget nightmare.

Matriarch Diane (Dee Wallace) has invited her children to celebrate one last Christmas in their family home. Amid celebrations and domestic drama, they receive a visit from a mysterious stranger. Disfigured and cloaked, they feel sorry for him until they discover his extreme religious motives and anti abortion message. Diane orders him to leave unaware he is her son. Twenty years ago she had an abortion and on that day a religious zealot bombed the clinic. Her still-living foetus was taken and raised by the bomber. After being rejected by his mother once again when all he wanted was love, he seeks vengeance and kills the family who cast him out.

Screens with Short Film: PROCEEDS OF CRIME
James Chappell / Australia 2017 / 10 Minutes / Sydney Premiere
Miss Hogg’s gang ‘The Birds of Prey’ terrorise the city streets, stealing the hair of beautiful women but when they set their sights on the wrong target, they realise darker forces than themselves rule the night.