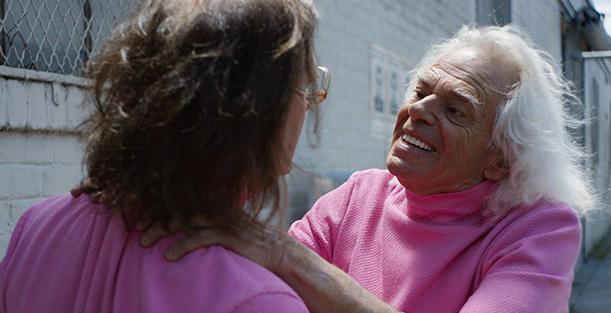 THE GREASY STRANGLER at DARK MOFO

Ronnie runs a Los Angeles disco walking tour with his browbeaten son, Brayden. A sexy customer sparks trouble between the two, and soon signals the appearance of an oily, violent maniac...

“The Sundance Film Festival’s most WTF movie…Father-and-son weirdos in matching turtlenecks and short-shorts lust after the same voluptuous woman. A grease-covered serial killer stalks the seedy streets of Los Angeles wringing necks and snacking on eyeballs. Not to mention more aggressively tumescent dong shots than you’ll ever be able to erase from your brain, not that you ever asked for them in the first place.”