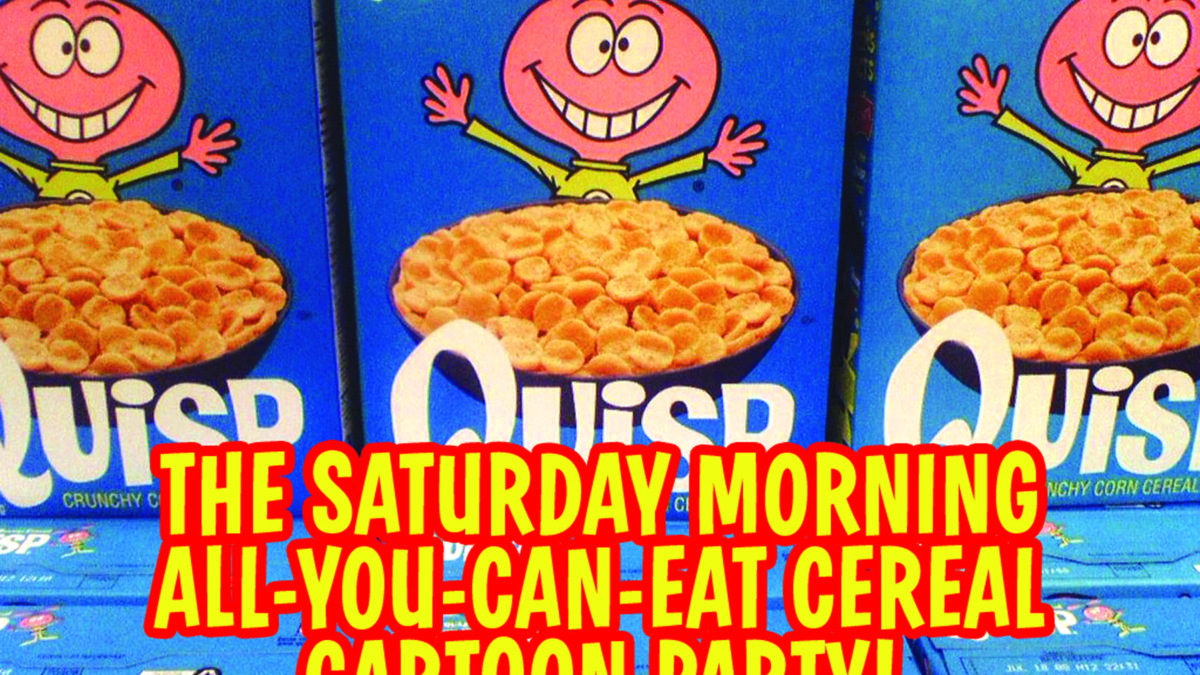 Remember Saturday mornings? Kids today may not realize the significance of the Saturday morning ritual, but once upon a time, we had to wait a whole week to get our cartoon fix, and when we got it, we tended to binge.

In that gleefully gluttonous spirit, curator Kier-La Janisse presents a 3-hour trip down memory lane with a tribute to the eye-popping, brain-addling Saturday morning cartoons of yore, complete with a smorgasbord of delicious sugary cereals (and yes, we have soy too!)!

You’ll see both faves and obscurities spanning the 40s through the 80s, all punctuated with vintage commercials and PSAs! The lineup is always a secret, but there will be monsters, sci-fi, sleuths, superheroes and all kinds of 2D silliness, so get ready for a sugar rush and an explosion of nostalgia all wrapped up in one candy-coated package.

Curator Bio: Kier-La Janisse is a film writer and programmer, Editor-in-Chief of Spectacular Optical Publications, founding director of The Miskatonic Institute of Horror Studies and the Festival Director of Monster Fest in Melbourne, Australia. She has been a programmer for the Alamo Drafthouse Cinema and Fantastic Fest in Austin, Texas, co-founded Montreal microcinema Blue Sunshine, founded the CineMuerte Horror Film Festival (1999-2005) in Vancouver and was the subject of the documentary Celluloid Horror (2005). She has written for Filmmaker, Offscreen, Shindig!, Rue Morgue and Fangoria magazines, has contributed to Destroy All Movies!! The Complete Guide to Punks on Film (Fantagraphics, 2011), and is the author of A Violent Professional: The Films of Luciano Rossi (FAB Press, 2007) and House of Psychotic Women: An Autobiographical Topography of Female Neurosis in Horror and Exploitation Films (FAB Press, 2012). She recently co-edited and published the anthology book KID POWER! (Spectacular Optical, 2014) about kids in cult film and television and SATANIC PANIC: POP-CULTURAL PARANOIA IN THE 1980s. She is currently working on the book A Song From the Heart Beats the Devil Every Time about children’s programming from 1965-1985.