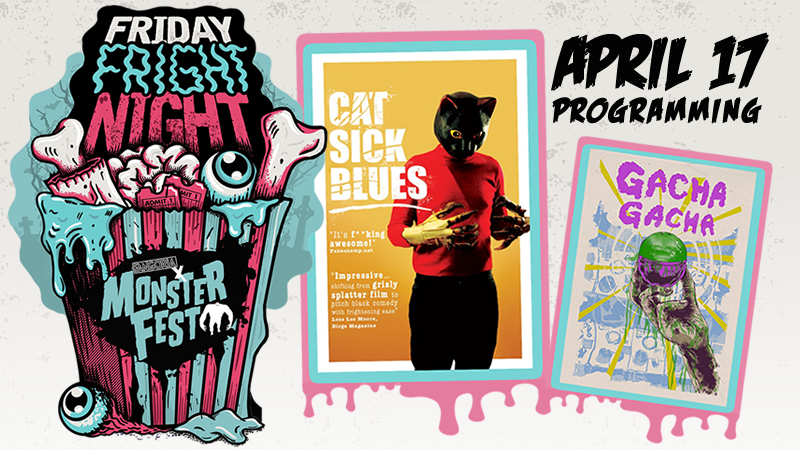 Shout out to all the folks who tuned into our FRIDAY FRIGHT NIGHT last Friday night, we hope you had as much fun watching THE WINDMILL MASSACRE and BRUNCH SHIFT MASSACRE as we had presenting them!

If you missed either of them, you can rent/buy THE WINDMILL MASSACRE digitally here or physically here but heads up we’re going to you give 50% OFF the digital rental from this coming Wednesday so hold out if you just want to give it a look-see!

You’ll also be able to check out BRUNCH SHIFT MASSACRE online for free from April 16th so stayed tuned as we’ll have a link as to where you can catch that later this week!

Headlining our programming this FRIDAY FRIGHT NIGHT is co-writer/director Dave Jackson‘s MONSTER FEST award-winner for ‘Best Australian Film’ CAT SICK BLUES with an exclusive introduction from the filmmaker himself!

CAT SICK BLUES follows introverted loner Ted (Matthew C. Vaughn) who after suffering a mental breakdown from the death of his cat, convinces himself that in order to bring his beloved pet back to life, he needs nine human lives to sacrifice in its place. Constructing a cat costume, complete with mask and razor-sharp claws, Ted embarks on a murderous rampage, slashing his way through share houses, backpacker hostels and webcam chat rooms in a savage frenzy. As the butchery escalates, a twisted and bleak romance blossoms between Ted and Claire (Shian Denovan), a young woman he meets in a support group for recently bereaved pet owners.

In keeping with the MONSTER FEST tradition, we’ll be presenting this online incarnation of FRIDAY FRIGHT NIGHT in the same fashion as we would in the cinema with pre-show entertainment!

This week’s pre-show includes CAT SICK BLUES filmmaker Dave Jackson’s short film GACHA GACHA, which was an official selection at MONSTER FEST 2018 and is a not-so-heartwarming tale about capsule toys, the nightmare of obsession, jealous rage, and a slimy, stop-frame animated tiny monster. 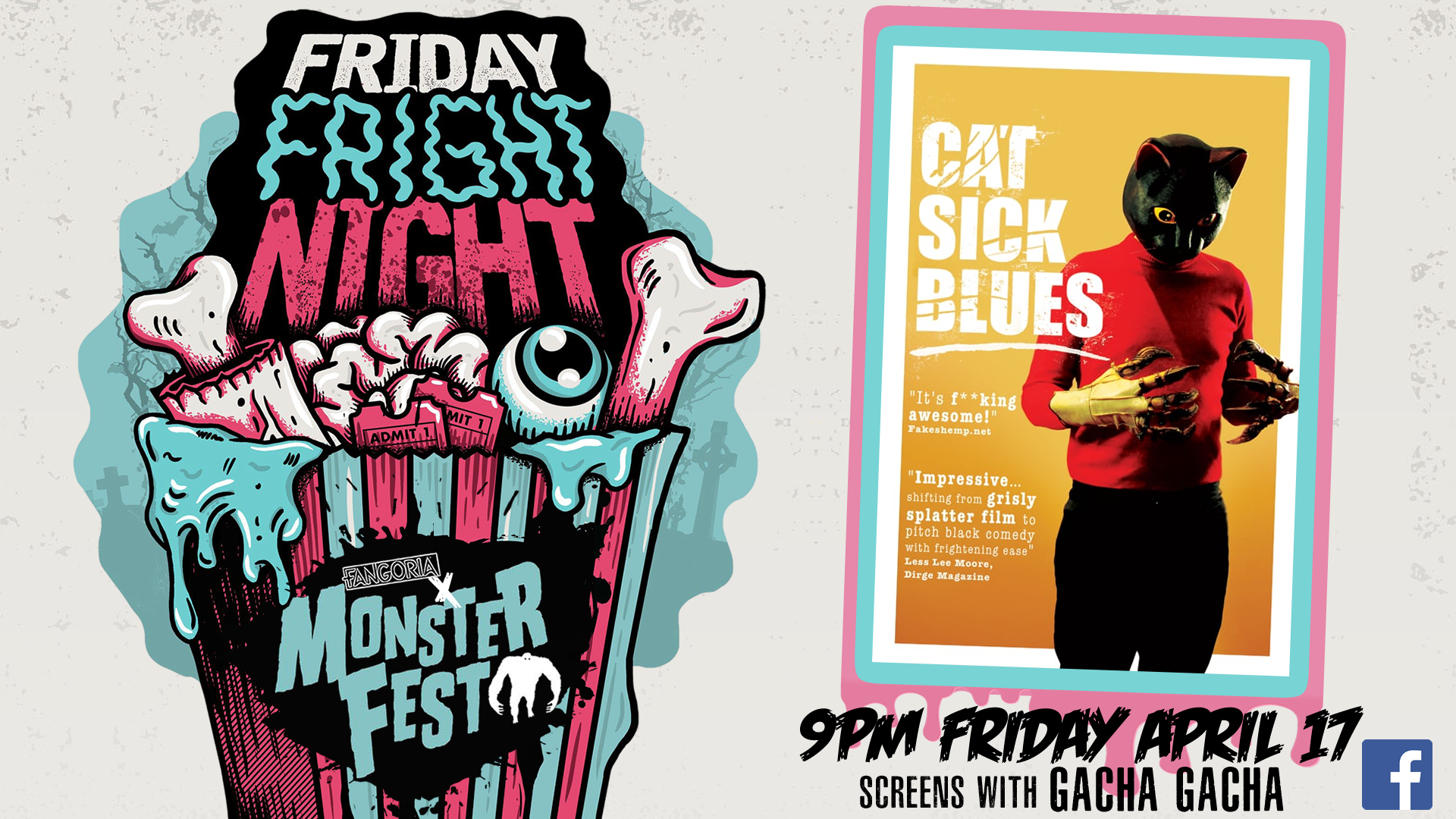