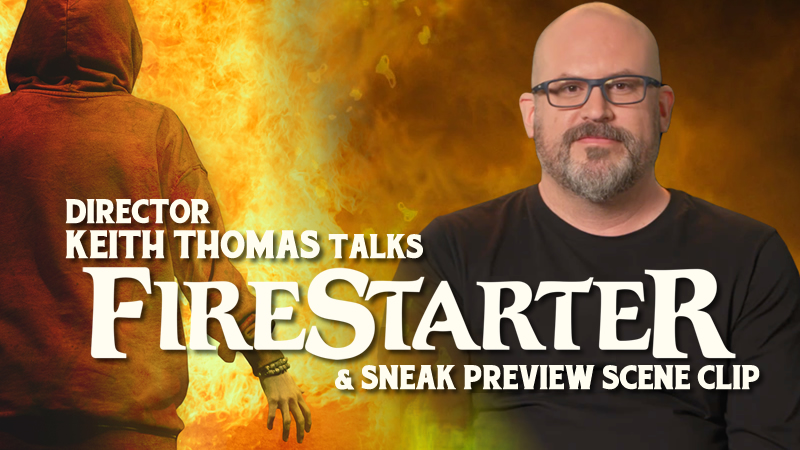 Universal Pictures & Blumhouse unleash director Keith Thomas‘ fast-paced and fiery take on Stephen King’s FIRESTARTER this week in cinemas and Monster Fest’s Jarret Gahan was fortunate to have a chat with Keith about the film. 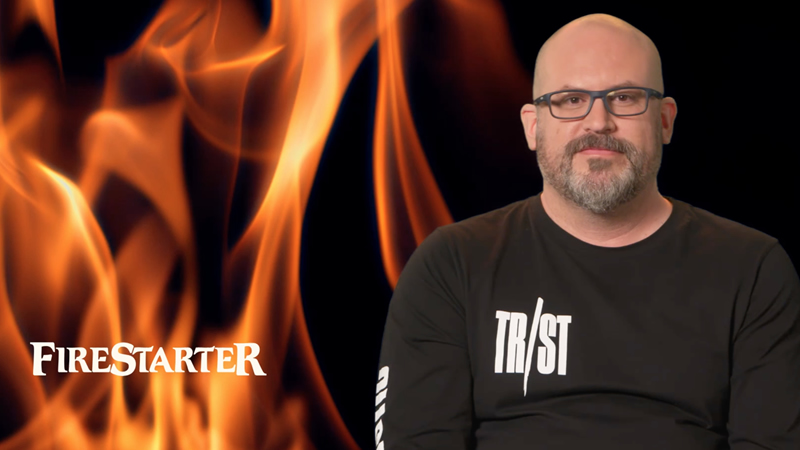 First off congratulations on FIRESTARTER. It’s a major change from Mark Lester’s 1984 version. Your take on the source not only travels at a breakneck pace but it’s also very much an action/horror hybrid. That said it’s a huge transition for you as a filmmaker, from your previous film, THE VIGIL, with its slow-burn suspense, to this frantic and fast-paced feature. What was that process like for you as a director?

Yeah, I was lucky in that Blumhouse were very eager to let me do my thing on the film. After I’d read the script, I pent a lot of time storyboarding and working with a storyboard artist, to figure out exactly how we were going to pace this thing and what this thing was gonna look like.

At the same time, weirdly enough during production, it wasn’t that different. It was kind of still making this intense emotional sort of story about people struggling, which I don’t know why I’m so hooked on that theme, but that seems to be the thing that I keep doing, that and shots of eyes. I have no idea why I’m constantly shooting closeups of eyes, but anyway you know, the transition wasn’t that hard, it was obviously a bigger cast and more days filming and more gear and more locations and sets and then big stunts. I think the stunts were probably the hardest thing to, to, to figure out and get right. 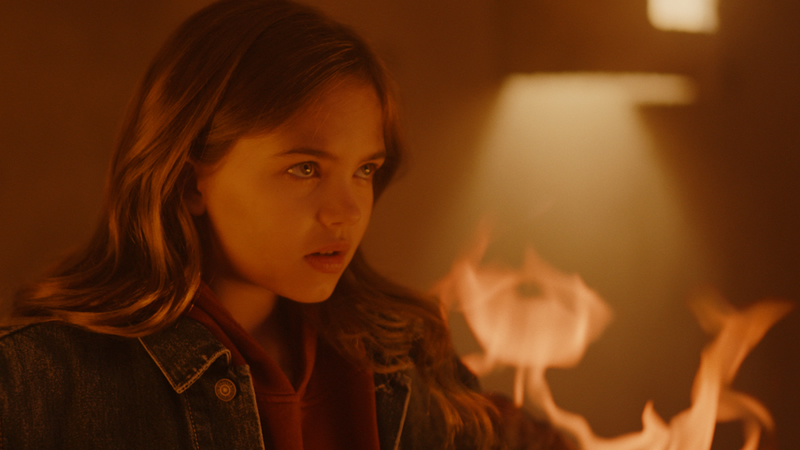 There’s a distinct moodiness to the visual palette, in both production design and choice of composition, along with what feels like a constantly moving look to the film. How were you able to achieve these aspects in the visual aesthetic of the film?

Yeah, I spent a lot of time working with Kareem Husain, my director of photography on this in the very initial stages when we were doing some heavy duty shotlisting, coming up with exactly the look and feel. I think because film’s a visual language, I pointed to a lot of other films and there were some photos that I had found that kind of had the aesthetic. Hido, a photographer whose work was really influential on this.

And then there were other films like ANGEL HEART, a lot of eighties films that have a lot of back lighting and a lot of diffused lighting. So we went for some lenses that have a very vintage look. This was ambitious, but I was trying to get the film to feel different than other Stephen King horror film that I had seen. And part of that was giving it a look that I felt looked different. Whether I succeeded or not, I don’t know, but I was going for something that didn’t remind me of the rural bucolic kind of Stephen King stuff that I’d seen. I wanted a grimier industrial darker thing.

You definitely succeeded at that, as this doesn’t look like anything that has been set in Castle Rock, Maine. 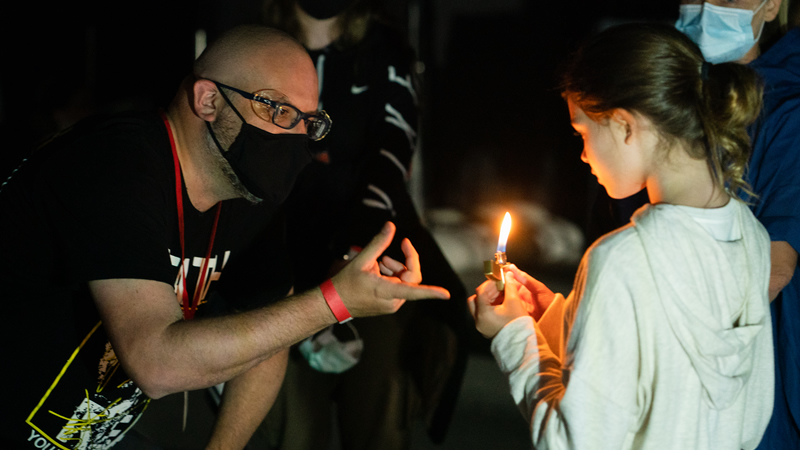 Given that clearly you’re a fan of genre cinema yourself, what was it like collaborating with the maestro John Carpenter on the score for the film?

It was a dream come true, honestly. Like I didn’t think that could happen, that we would be able to do that. And I’ll say that, you know, once we were entering into post-production, I was still in Toronto as I had a project right after FIRESTARTER that I was working on. I would spend my weekends talking to John, Cody and Daniel and it was just mind-blowing to be able to be on a Zoom call with them. And they’re sitting there watching my movie and then John is turning around and like, what do you think, should we do this here and do that there? And I’m like, you know, this is incredible. I wanna record this. I can’t believe it.

You know, John is not only a legend and incredibly experienced, but he’s a very straightforward, straight shooter guy, very down to earth. So we had conversations initially about where we wanted to go with this and what it would sound like. We were just on the same page together and it came out beautifully. I think the score really elevates the film.

Did you ever discuss how he was attached to direct the Dino De Laurentiis production back in the early eighties before helming Stephen King’s CHRISTINE?

We didn’t though I thought many a time to bring it up. As I was curious whether or not he had written cues for that film, that didn’t happen because when he’s developing things, the music is in his head. But we didn’t go there because when John’s on a project now, he’s on that project now, the past is the past and he’s just doing this. So we never went there on it but it’s a great story that 40 years later he’s returned to it and and contributed to this film.

Definitely. Well thank you for your time, Keith and congratulations on the film. I wish it all the success and here’s hoping it may opened the door for a sequel.

Yeah, there we go. That’d be fun. Thank you Jarret.

FIRESTARTER in Cinemas from May 12