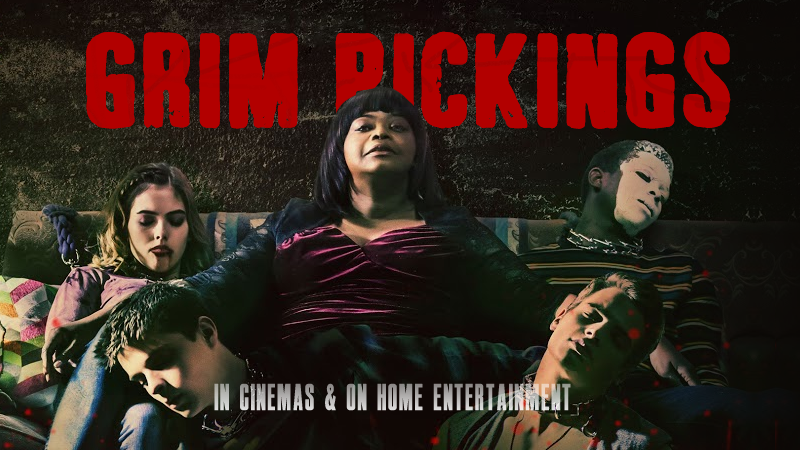 This week’s releases entail two Oscar-winners giving Oscar-worthy performances in a theatrical release that is likely to do alright at the Oscars while another Oscar-winner plays against type with a manically good performance that’s debuting direct-to-video!

FORD V FERRARI
James Mangold (LOGAN, WALK THE LINE) helms with expert precision this true story of American racing legend come car designer Carroll Shelby (Matt Damon) and gutsy engineer/driver Ken Miles (Christian Bale) who team-up with Ford in 1966 to create a car capable of beating Ferrari in the 24 Hours of Le Mans, the world renowned endurance grand prix. From the outset this may seem like a story merely suited to motorsport enthusiasts however the core of FORD V FERRARI is the human drama, that underdog story of dreaming big and triumphantly beating the odds through heart, perseverance and sheer passion. Damon and Bale make for great co-stars with strong screen chemistry but its Bale who manages to outshine Damon with quite possibly his best performance since David O. Russell’s 2010 film THE FIGHTER, bringing both warmth and the do or die quality to his character of Miles. Balanced between the off-course drama and the edge-of-your-seat racing, FORD V FERRARI is a throughly engaging and at times exhilarating film that will no doubt prove a crowdpleaser. Our advice is to see it on the biggest screen possible in a cinema equiped with Dolby Atmos as this is as technically brilliant from cinematography to sound design as it is entertaining!

CHARLIE’S ANGELS
It’s been sixteen years since the last incarnation of CHARLIE’S ANGELS hit the silver screen, in the completely soulless CHARLIE’S ANGELS: FULL THROTTLE, a sequel that’s up there with A GOOD DAY TO DIE HARD, S.DARKO and THE NEXT KARATE KID as one of the worst of all-time. That bundled with a lacklustre trailer had our expectations of this latest reboot of the beloved seventies television series at an exceedingly low level, which may have proven to be the perfect way to come into seeing this picture. To our surprise CHARLIE’S ANGELS (2019) was actually ‘okay’ but before we attempt to pump the tyres of this rather low-weight cinematic vehicle, we need to establish that the plot of the film is completely derivative. Kristen Stewart (Sabina),Ella Balinska (Jane) and Naomi Scott (Elana) are the new generation of Angels under the direction (both on and off screen) of Elizabeth Banks who is their Bosley. That’s right their Bosley, as its quickly established in the film there are now a contingent of Boselys globally, as are there Angels. With their former Bosley (Patrick Stewart) retiring, the Angels are sent on a mission by new Bosely (Banks) to retrieve Calisto, a revolutionary though potentially dangerous power source, which as to be anticipated leads them into one action sequence after another. As far as the aforementioned action goes there’s plenty though in the era of Marvel Studios, neither the hand-to-hand combat nor car chases nor major set-pieces truly deliver, they feel like they have been thrown together in a frenzied montage of close-up TRANSFORMERS-styled edits and augmented with below par CGI. Though that said there’s the right amount of cheese about this picture to make it mildly enjoyable and to its credit it never bores, in fact there’s some intentional (and non-intentional) humour about the film that will no doubt elicit a few laughs (particularly Patrick Stewart with his expertly delivered equips). Our advice is if you’re going to see CHARLIE’S ANGELS, go in low and you may have a good time, while that’s hardly grounds for recommendation, the film does give promise to a potentially better sequel with a little more refinement but then again it could go the way of CHARLIE’S ANGELS: FULL THROTTLE.

MA
Unfortunately the psychological horror MA narrowly dodged Australian cinemas but the good news is that its now available on home entertainment and best of all Universal Pictures saw fit to give it a local Blu-ray release too! Oscar-winner Octavia Spencer (THE SHAPE OF WATER) re-teams with THE HELP director Tate Taylor (THE GIRL ON THE TRAIN) to play the titular character with an equal balance of camp and menace in her performance. Octavia stars as Sue Ann, a lonely woman who is approached by a group of high schoolers to buy alcohol for them, this then leads her to open up her basement to them as a recreational space for them to gather and well party. Affectionately dubbed MA by the teens, they soon discover cracks in her personality that lead them to question her intentions and of course they’re right on the money as MA is a dangerous lady with a dark past. What ensues is a genuinely creepy, suspenseful and sinister little thriller/horror that pits a middle-aged woman against youths in a bloody and occasionally funny thrill-ride. Universal Pictures’ Blu-ray contains a surprising amount of content for a film that had a less than modest turn at the US box office, with Deleted Scenes (including an Alternate Ending), two Featurettes (‘Creating Sue Ann’ and ‘Party at MA’s) along with the theatrical trailer. 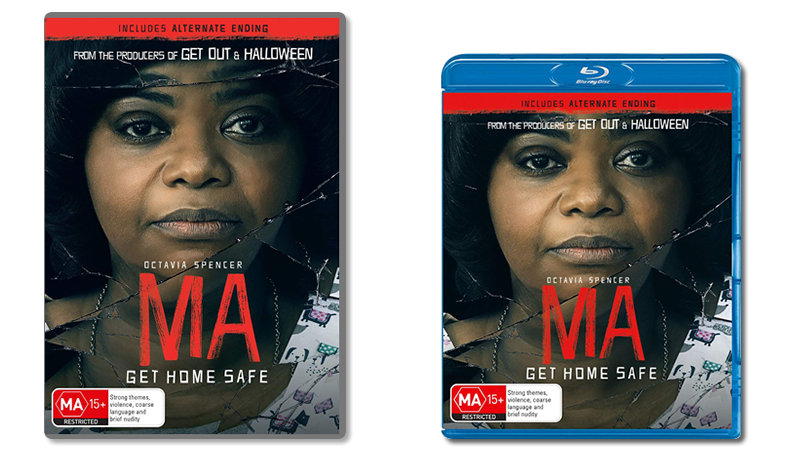 THE INTRUDER (DVD Only)
Another film that skipped cinemas locally is THE INTRUDER from director Deon Taylor (TRAFFIK, CHAIN LETTER) and screenwriter David Loughery (NURSE 3D, LAKEVIEW TERRACE). Michael Ealy (JACOB’S LADDER) and Meagan Good (SHAZAM!) star as a young couple who think they’ve landed the perfect home until they realise that the home’s previous owner Charlie (Dennis Quaid) isn’t quite ready to leave, in fact he’s hiding out on the property and soon develops a fixation on Good’s character. Riddled with genre tropes and cliches, THE INTRUDER does everything one may expect of an obsessive/stalker type of flick though it doesn’t toe the line when it comes to onscreen violence and bloodshed, in fact it reveals in it from time-to-time.  The real standout of the film is Quaid playing against type as the bad guy, he’s a freaky force of nature with a genuinely unhinged performance that is a pure joy to watch! THE INTRUDER breaks no new ground but ultimately its a fun and fast-paced 102 minutes that’s worthy of a watch for Quaid alone! 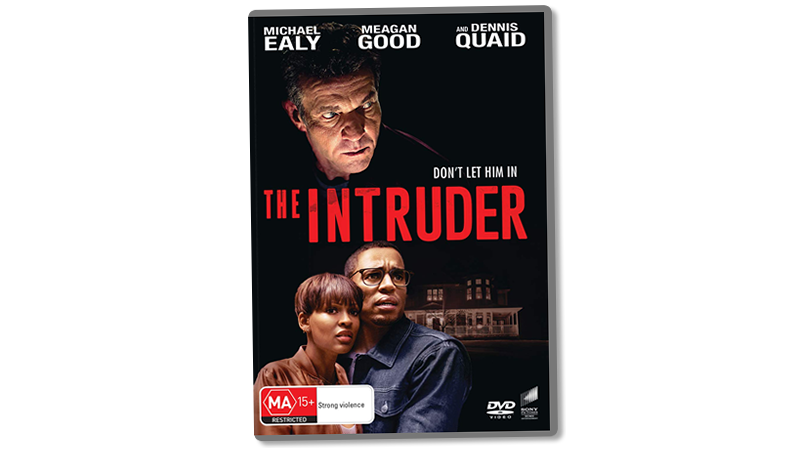