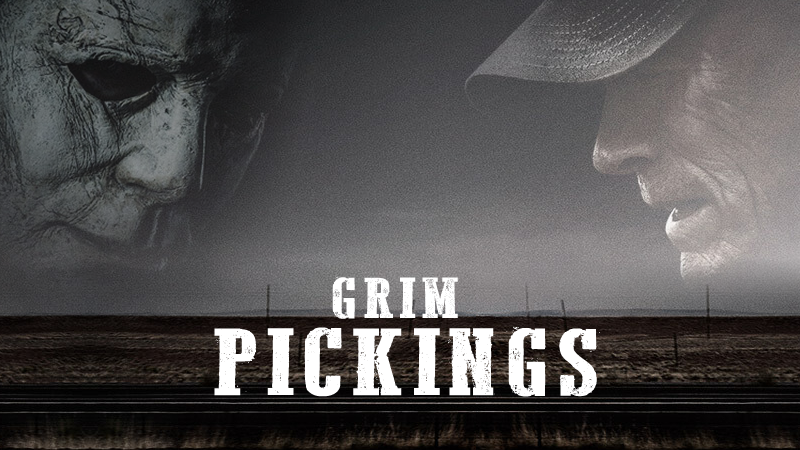 GRIM PICKINGS this week includes key dates to dismember with two prolific filmmakers releasing their latest features to cinemas while home entertainment is blessed with quite possibly the best sequel to a beloved franchise yet.

Thursday January 24th
THE FRONT RUNNER (Limited Release)
Filmmaker Jason Reitman (TULLY, JUNO) is topical right now with the recent announcement that he will co-pen and direct the third instalment in the original GHOSTBUSTERS series, so the theatrical release of his latest feature is quite timely. Reitman is a prolific filmmaker with six features to his credit in this past decade alone however his output often borders on great with never quite reaching greatness, as is the case with THE FRONT RUNNER. Despite the thought-provoking subject matter and the intellect with which its handled, THE FRONT RUNNER lacks the dramatic excitement to make it truly engaging and ultimately only offers up a rare insight into the behind-the-scenes of political campaigns. So while Reitman once again falls shy of the mark, kudos must be given to Hugh Jackman for his incredible performance, one that enables him to portray a desperate and disgraced politic figure. THE FRONT RUNNER follows the rise and fall of Senator Hart (Jackman), who captured the imagination of young voters and was considered the overwhelming front runner for the 1988 Democratic presidential nomination when his campaign was sidelined by the story of an extramarital relationship with Donna Rice. As tabloid journalism and political journalism merged for the first time, Senator Hart was forced to drop out of the race – events that left a profound and lasting impact on American politics and the world stage.

THE MULE
From one prolific filmmaker to another, Clint Eastwood delivers his eighth feature this decade (and 38th to date) with THE MULE and not a moment sooner so we can begin to forget about the dreadful mess that was last year’s THE 15:17 TO PARIS. Earl Stone (Eastman), a man in his 80s who is broke, alone, and facing foreclosure of his business when he is offered a job that simply requires him to drive. Easy enough, but, unbeknownst to Earl, he’s just signed on as a drug courier for a Mexican cartel. He does well—so well, in fact, that his cargo increases exponentially, and Earl is assigned a handler. But he isn’t the only one keeping tabs on Earl; the mysterious new drug mule has also hit the radar of hard-charging DEA agent Colin Bates. And even as his money problems become a thing of the past, Earl’s past mistakes start to weigh heavily on him, and it’s uncertain if he’ll have time to right those wrongs before law enforcement, or the cartel’s enforcers, catch up to him.

Wednesday January 23rd
HALLOWEEN (2018)
Hands down the most anticipated genre film of the year has to be David Gordon Green’s HALLOWEEN, a direct follow-up to John Carpenter’s 1978 seminal slasher classic. Rest assured HALLOWEEN fans, Green’s sequel is a genuine love letter to Carpenter’s original and while it amps up the on-screen carnage, it retains the genuine suspense of its predecessor. Surprisingly though HALLOWEEN becomes more Laurie Strode’s story than it does Michael’s with a career best performance by scream queen extraordinaire Jamie Lee Curtis! Laurie (Curtis), haunted by Michael Myers since she narrowly escaped his killing spree on Halloween night four decades ago, must confront him one last time when he finally escapes the asylum in which he’s been locked up since. Universal’s 4K Ultra-HD & Blu-ray Special Features comprise of five featurettes and seven deleted/extended scenes!

GOOSEBUMPS 2: HAUNTED HALLOWEEN
If you like us we’re a little disappointed by the recent family frightener THE HOUSE WITH A CLOCK IN ITS WALL, you can take solace in the fact that GOOSEBUMPS 2: HAUNTED HALLOWEEN delivers the goods! Capturing the same energy, humour and child-friendly scares of its predecessor, GOOSEBUMPS 2 is the perfect family genre outing this Halloween season! While collecting junk one day, best friends Sonny (Jeremy Ray Taylor) and Sam (Caleel Harris) meet Slappy, a mischievous talking dummy from an unpublished “Goosebumps” book by R.L. Stine. Hoping to start his own family, Slappy kidnaps Sonny’s mother (Wendi McLendon-Covey) and brings all of his ghoulish friends back to life — just in time for Halloween. As the sleepy town becomes overrun with monsters, witches and other mysterious creatures, Sonny joins forces with his sister, Sam and a kindly neighbour (Ken Jeong) to save Sonny’s mom and foil Slappy’s plan. Roadshow’s Blu-ray release features three Deleted Scenes, five Production Featurettes and a Gag Reel.

FIRST MAN
LA LA LAND director Damien Chazelle and actor Ryan Gosling reunite for this biopic tale of NASA astronaut Neil Armstrong that succeeds more as a family drama than it does an engaging story of space exploration. Beautifully stylised both in terms in cinematography and sound design, the film sadly lacks the tension and genuine wonderment of such a historical event. The story of NASA’s mission to land a man on the moon, focuses on Neil Armstrong (Gosling) and the years 1961-1969. A visceral, first-person account, based on the book by James R. Hansen, it explores the sacrifices and the cost—on Armstrong and on the nation—of one of the most dangerous missions in history. Universal’s 4K Ultra-HD and Blu-ray contain an Audio Commentary, Deleted Scenes and multiple production featurettes with the 4K UHD also boasting a Dolby Vision transfer and Dolby Atmos audio track.