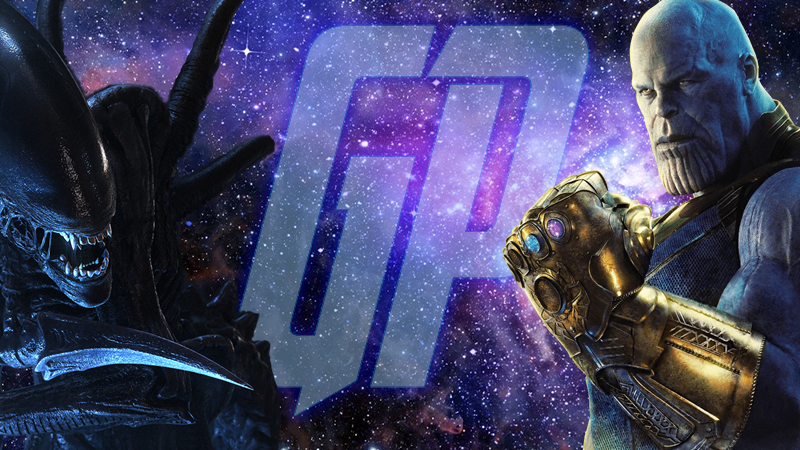 GRIM PICKINGS this week includes key dates to dismember with the answer as to whether Ant-Man will save humanity by going ‘Thanus’ on the big screen while home entertainment drops a stunning 4k restoration of a cosmic horror classic!

AVENGERS: ENDGAME
While it’s only been a year since AVENGERS: INFINITY WAR opened in cinemas, its cliffhanger finale made the wait feel like an eternity and our anticipation could not have been greater…to find out whether Ant-Man would go ‘Thanus’ to save humanity. Spoiler alert: he doesn’t. Now in the interests in keeping this micro-review spoiler free, we’ll just say that ENDGAME is everything you could want from an AVENGERS film and more. Filled with awe-inspiring action, a few heartfelt moments and sheer awesome, ENDGAME is quite possibly the best film in the MCU yet. Despite its three hour run time, there’s never a dull moment and while there’s no action after credits, there is something so keep an ear out as the final Marvel logo rolls at the close of the credits. The grave course of events set in motion by Thanos that wiped out half the universe and fractured the Avengers ranks compels the remaining Avengers to take one final stand in Marvel Studios’ grand conclusion to twenty-two films, AVENGERS: ENDGAME.

PYEWACKET (DVD Only)
BACKCOUNTRY filmmaker Adam McDonald’s unsettling slow-burn occult thriller makes it local disc debut after premiering at Monster Fest 2017. When you’re dealing with demons, be careful what you wish for… In this ultra-unsettling occult nightmare, teenage Leah (Nicole Muñoz) finds solace from the recent death of her father, and from her strained relationship with her mother (Laurie Holden), by dabbling in the dark arts. It all seems like harmless fun at first, until a blow out argument leads Leah to do the unthinkable: put a death curse on her mother. No sooner has the girl performed the ritual than she regrets it. But it may be too late, as an evil presence known as Pyewacket begins to make itself known–and threatens to destroy both mother and daughter.

I STILL SEE YOU
Based on Daniel Water’s best-selling novel, BREAK MY HEAT ONE THOUSAND TIMES, Scott Speer’s adaptation is a genre-mash that will likely to appeal to younger audiences as a gateway film to genre cinema. Ten years ago, a cataclysmic event tore the barrier between our world and the next, leaving the ghost-like essences of the deceased who became part of everyday life. But after years of quiet co-existence, one of these ‘Remnants’ has made contact with Roni (Bella Thorne) to deliver a terrifying message. Joining forces with Kirk, a mysterious classmate, Roni descends into a shadow world that blurs the boundaries of the living and the dead – and begins a desperate race against time to stop a cunning killer. Defiant Screen Entertainment’s Blu-ray & DVD releases contain two behind-the-scenes featurettes and deleted scenes.

ALIEN (4K Ultra-HD Only)
Ridley Scott’s 1979 cosmic horror classic, ALIEN, underwent a 4K restoration last year supervised by Scott himself and you’ll be able to check it out from the comfort of your living room this week! The crew of the deep space tug Nostromo awaken from stasis during a voyage home to Earth when their ship’s computer detects what is believed to be an alien distress signal coming from the desolate nearby moon, LV-426. While investigating, one of the crew, Kane (John Hurt), is attacked by an alien creature that latches to his face and he is rushed back to the Nostromo to receive medical treatment. Ripley (Sigourney Weaver), the ship’s warrant officer, advises against Kane’s return due to quarantine regulations – but her orders are ignored by Ash (Ian Holm), bringing the Nostromo under threat from a mysterious, extraterrestrial apex predator with violent and lethal survival instincts. Hold on to your Blu-ray Anthology Collection as while this new 4K Ultra-HD release does contain both the theatrical and director’s cut of the film, it only ports a portion of the Special Feature content from the aforementioned set. Sadly this remaster skimps on a new Dolby Atmos or DTS:X audio mix but apparently that was Scott’s decision to do so Fox are hardly to blame. Special Features do include two audio commentary tracks, two isolated score tracks and deleted scenes.