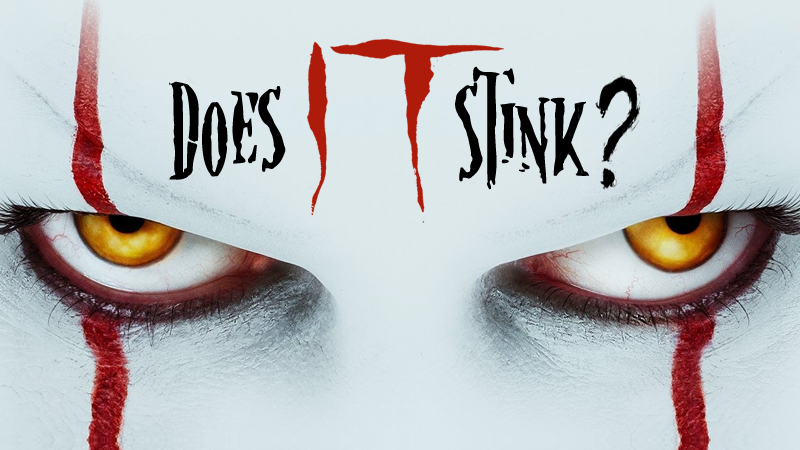 GRIM PICKINGS this week includes key dates to dismember with Pennywise returning for an unnecessarily epic finale on the big screen while home entertainment delivers the sophomore feature from the director of IT FOLLOWS.

IT CHAPTER TWO
Andy Muschietti (MAMA) returns to the helm of the second and final instalment in the latest adaptation of Stephen King’s IT with mixed to mediocre results. Set twenty-seven years after the events of the first-film, IT CHAPTER TWO sees the now grown-up Losers Club return to Derry to do battle with Pennywise one more time. Running at a prolonged and padded two hours and forty-nine minutes, we advise the following three simple rules to surviving IT CHAPTER TWO at the cinema…1) Choose a theatre with comfortable seating 2) Have a strong coffee prior and 3) Be sure to use the bathroom before or escape to the lavatory during scenes where there’s the greatest amount of Losers Club members on-screen at the one time to avoid missing any of the action. Unfortunately Muschietti doesn’t use the unusually long runtime to flesh out and enrich the depth of the characters nor is the time spent genuinely building suspense, rather he just jam-packs scare upon jump-scare throughout, so much so that it soon becomes tedious, repetitive and ultimately redundant. Despite its less than subtitle homage to John Carpenter’s THE THING, a work of Rob Bottin’s prosthetic genius, IT CHAPTER TWO is almost completely dependent on CGI effects, that are often too cartoony to be anything other than a distraction from engaging with the threat in which they are attempting to represent. The strength of IT CHAPTER TWO is its adult ensemble (James McAvoy, Jessica Chastain, Bill Hader, Isaiah Mustafa, Jay Ryan & James Ransone) who all turn in formidable performances though never quite find the same chemistry or dynamics of the cast who played their child counterparts in the previous film. Despite King’s source material and the ongoing joke throughout regarding Bill Denbrough’s (McAvoy) writing, the film does reach a satisfying climax and while that doesn’t wholly forgive the slog it was to get there, it does allow you to leave this unnecessarily epic film feeling slightly pacified. Twenty-seven years after the Losers Club defeated Pennywise, he has returned to terrorize the town of Derry once more. Now adults, the Losers have long since gone their separate ways. However, kids are disappearing again, so Mike, the only one of the group to remain in their hometown, calls the others home. Damaged by the experiences of their past, they must each conquer their deepest fears to destroy Pennywise once and for all…putting them directly in the path of the clown that has become deadlier than ever.

NEKROTRONIC (Special Event Screenings)
Take GHOSTBUSTERS, THE MATRIX and EVIL DEAD II then give it the Roache-Turner brothers spin and you’ll have an idea of what to anticipate from their latest feature NEKROTRONIC. Australian filmmakers Kiah & Tristan Roache-Turner (WYRMWOOD) take their international festival favourite short DAEMONRUNNER to feature with NEKROTRONIC, a genre hybrid that expertly blends sci-fi, horror and comedy into a wildly entertaining thrill-ride! This will be your only opportunity to catch this instant classic on the big screen so don’t miss your chance to see it and hear first-hand from the lads as to how they created the boldest and biggest genre film to come out of Australia in many years! Picking up after a millennium of badass battles between demons and a secret order of demon hunters, known as Nekromancers, the forces of evil have found a way to possess souls through social-media apps. With every Wi-Fi-connected soul on the planet at risk, a dwindling band of Nekromancers find themselves forced to put their faith in a hapless sanitation worker, Howie (Ben O’Toole). Howie unwittingly carries an ancestral power that may afford them the means to definitively force evil offline.

UNDER THE SILVER LAKE (DVD Only)
Filmmaker David Robert Mitchell follows up his 2014 breakthrough horror film, IT FOLLOWS, with what could be described as hipster-noir, a cross between THE BIG LEBOWSKI and INHERENT VICE. Undoubtedly ambitious, excessive and self-indulgent, UNDER THE SILVER LAKE is awash of mesmerising visuals, bewitching characters and an engrossing though somewhat convoluted plot. Mitchell’s film is an experience rather than a conventional narrative, which some may fear to engage with but for those who do, they are in for a hypnotic and captivating cinematic adventure, one that with every viewing will reveal more and more mysteries within its shoegazing universe. Sam (Andrew Garfield) is a disenchanted 33 year old who discovers a mysterious woman, Sarah (Riley Keough), frolicking in his apartment’s swimming pool. When she vanishes, Sam embarks on a surreal quest across Los Angeles to decode the secret behind her disappearance, leading him into the murkiest depths of mystery, scandal, and conspiracy in the City of Angels. Umbrella Entertainment DVD release contains no supplementary material.

CHARLIE SAYS (DVD Only)
From AMERICAN PSYCHO director Mary Harron comes the notorious true story of the Manson Family Murders, that provides a rare perspective of the crimes and consequences from the perspective of the Manson girls themselves while never really revealing why they did it. Years after the horrific murders that made the name Charles Manson synonymous with pure evil, the three women who killed for him remain under the spell of the infamous cult leader. Confined to an isolated cellblock, the trio seem destined to live out their lives under the delusions that Manson created – until empathetic grad student Karlene Faith is enlisted to rehabilitate them. Convinced they are not the inhuman monsters the world believes them to be, Karlene begins the arduous process of breaking down the psychological barriers erected by Manson. But are the women ready to relive and to confront the horror of what they did? Defiant Screen Entertainment’s DVD release contains no supplementary material.

BANANA SPLITS
Hannah-Barbera’s short-run children’s variety series of the late sixties, THE BANANA SPLITS, is subverted into a slasher that blends nostalgia with blood and guts to create a highly unusual comedy-horror hybrid that’s worthy of a watch even if only as a curio piece. A boy and his family go to a taping of The Banana Splits Movie, unaware that the animatronic rock band has just learned that their show is about to be cancelled and they don’t plan to let that happen. As the body count rises, Harley, his mom, and their new pals must escape the Splits or else remain their audience forever. Roadshow’s Blu-ray & DVD releases contain three Production Featurettes (that we were unfortunately unable to preview and review prior) titled ‘Banana Splits: Behind the Horror’, ‘Terror on Set’ and ‘Breaking News! The Banana Splits Massacre’.

THE HOUSE THAT JACK BUILT (Blu-ray)
Umbrella Entertainment heard the Australian public outcry for a HD home entertainment release of THE HOUSE THAT JACK BUILT and has delivered the Blu-ray! Winner of ‘Best Director’ at last year’s MONSTER FEST, this provocative and controversial thriller come black comedy follows the decade long career of titular serial killer, Jack (Matt Dillon) as he strives to concoct his most elaborate work of psychotic genius, resulting in a darkly sinister melange of callous sophistry and disturbingly humorous sociopathy. Lars von Trier’s disturbing drama follows the highly intelligent Jack (Matt Dillon) over a span of 12 years and introduces the murders that define Jack’s development as a serial killer. Taking place from Jack’s point of view as he postulates each murder as an artwork in itself. Inevitably as police intervention draws near, he takes greater and greater risks in his attempt to create the ultimate masterwork. Umbrella Entertainment’s DVD release contains no supplementary features.

CINEMA CULT SEPTEMBER RELEASES
This week Shock Entertainment’s imprint Cinema Cult unleash no less than eight titles to Blu-ray & DVD, five of which are making their local Blu-ray debuts and four of which are essential purchases! No reviews necessary for the following films as they are all undisputed classics worthy of a place on your shelf!
THE MONSTER SQUAD
Dracula is alive. In fact, he plans to rule the world and that is why he seeks the help of other legendary monsters. However, a bunch of kids regarded by their peers as losers uncover the devious plan and prepare for a counter strike.

APRIL FOOL’S DAY
When a group of college students decides to spend spring break at the secluded island estate of their wealthy classmate, Muffy St. John (Deborah Foreman), what starts out as a fun, hedonistic weekend turns into something more sinister. Muffy is very fond of practical jokes, and sets up numerous gags throughout her mansion. But, when friends begin going missing and turn up dead, they realize that they’re trapped on the isolated isle with a mysterious and brutal killer.

MY BLOODY VALENTINE
Twenty years after a Valentine’s Day tragedy, a small town prepares for its annual holiday dance. When a box of candy arrives containing an eerie warning and a blood-soaked heart, the townsfolk realise that this Valentine’s Day romance is as good as dead…and so are they!

INVASION OF THE BODY SNATCHERS
Considered one of the greatest science fiction films ever made, Invasion of the Body Snatchers stars Kevin McCarthy (Academy Award nominee, Best Supporting Actor, Death of A Salesman – 1952) as Miles Bennell, a doctor in a small California town whose patients are becoming increasingly overwrought, accusing their loved ones of being emotionless imposters. They’re right! Plant-like aliens have invaded Earth, taking possession of humans as they sleep and replicating them in giant seed pods. Convinced that a catastrophic epidemic is imminent, Bennell, in a terrifying race for his life, must warn the world of this deadly invasion of the pod people before it’s too late.