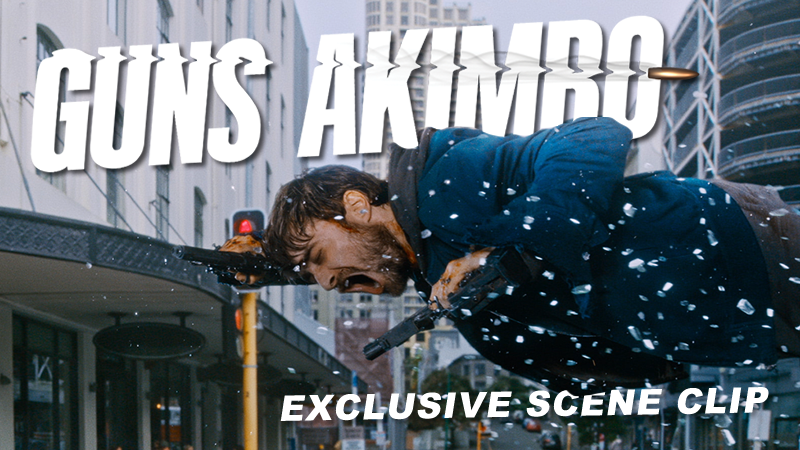 Following our FANGORIA x MONSTER FEST screenings last Friday night and on the eve of this week’s limited release of GUNS AKIMBO, we’re psyched to share with you an EXCLUSIVE scene from the film…

GUNS AKIMBO in limited release from this Thursday March 5th.