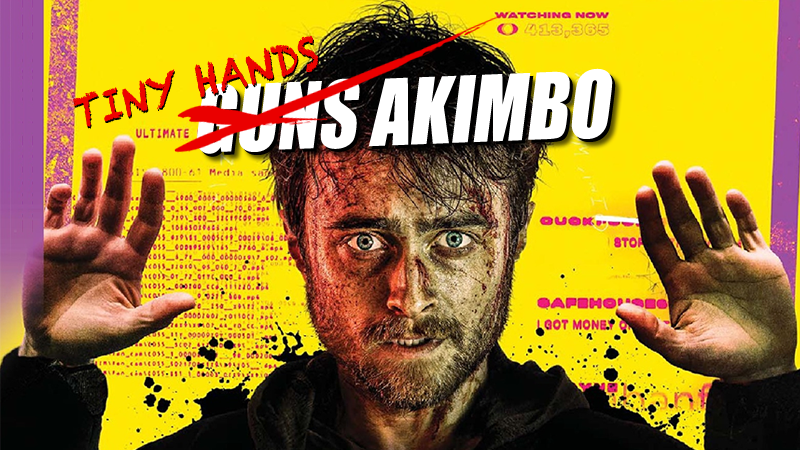 You read right, Lionsgate Films have opted to release GUNS AKIMBO sans guns on their home entertainment artwork in the United States!?!? 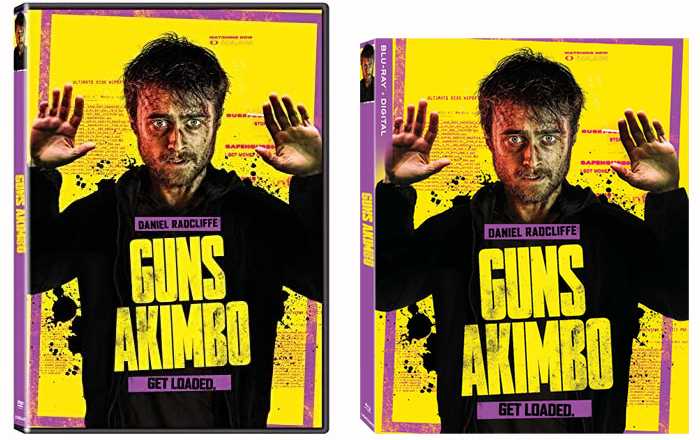 If this were a Walmart exclusive, maybe just maybe we’d understand but this is the trade-wide art across the US. Odd that a country that is so pro-guns would be so anti-guns toward a film revolving around a guy with a gun bolted to each hand!

To add a little more irony to the matter, GUNS AKIMBO filmmaker Jason Lei Howden‘s previous feature DEATHGASM (aka HEAVY METAL APOCALYPSE), was released in the US with gun prominently featured on the slick despite the film featuring ZERO GUNS!

Given the State’s interest in altering artwork and retitling films, perhaps they should consider retitling their home entertainment release of GUNS AKIMBO to TINY HANDS AKIMBO to tie-in with their new artwork. Anyone else think those hands are disproportionately small or is it just us?

Aussie buyers may have to wait one month longer than the US to pick-up GUNS AKIMBO on Blu-ray & DVD come May 27th but rejoice as Madman’s releases will have guns front and centre of the artwork just as it were on the Australian theatrical artwork!

GUNS AKIMBO follows nerdy video game developer (Danielle Radcliffe), who is a little too fond of stirring things up on the internet with his caustic, prodding, and antagonizing comments. One night, he makes the mistake of drunkenly dropping an inflammatory barb on a broadcast of Skizm, an illegal death-match fight club streamed live to the public. In response, Riktor (Ned Dennehy), the maniacal mastermind behind the channel, decides to force Miles’ hand (or hands, as it were) and have him join the “fun.” Miles wakes to find heavy pistols bolted into his bones, and learns Nix (Samara Weaving), the trigger-happy star of Skizm, is his first opponent.

GUNS AKIMBO available on Blu-ray, DVD & Digital from May 27th.