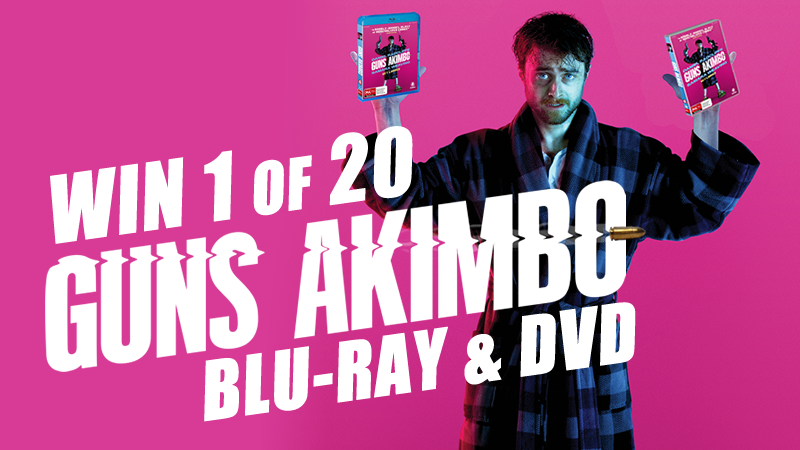 Madman will unleash Jason Lei Howden‘s epic comedy-actioner GUNS AKIMBO to home entertainment on May 27th and to celebrate its release we’ve got a whopping total of 20 Blu-ray & DVD to GIVEAWAY!

GUNS AKIMBO follows nerdy video game developer (Daniel Radcliffe), who is a little too fond of stirring things up on the internet with his caustic, prodding, and antagonizing comments. One night, he makes the mistake of drunkenly dropping an inflammatory barb on a broadcast of Skizm, an illegal death-match fight club streamed live to the public. In response, Riktor (Ned Dennehy), the maniacal mastermind behind the channel, decides to force Miles’ hand (or hands, as it were) and have him join the “fun.” Miles wakes to find heavy pistols bolted into his bones, and learns Nix (Samara Weaving), the trigger-happy star of Skizm, is his first opponent. 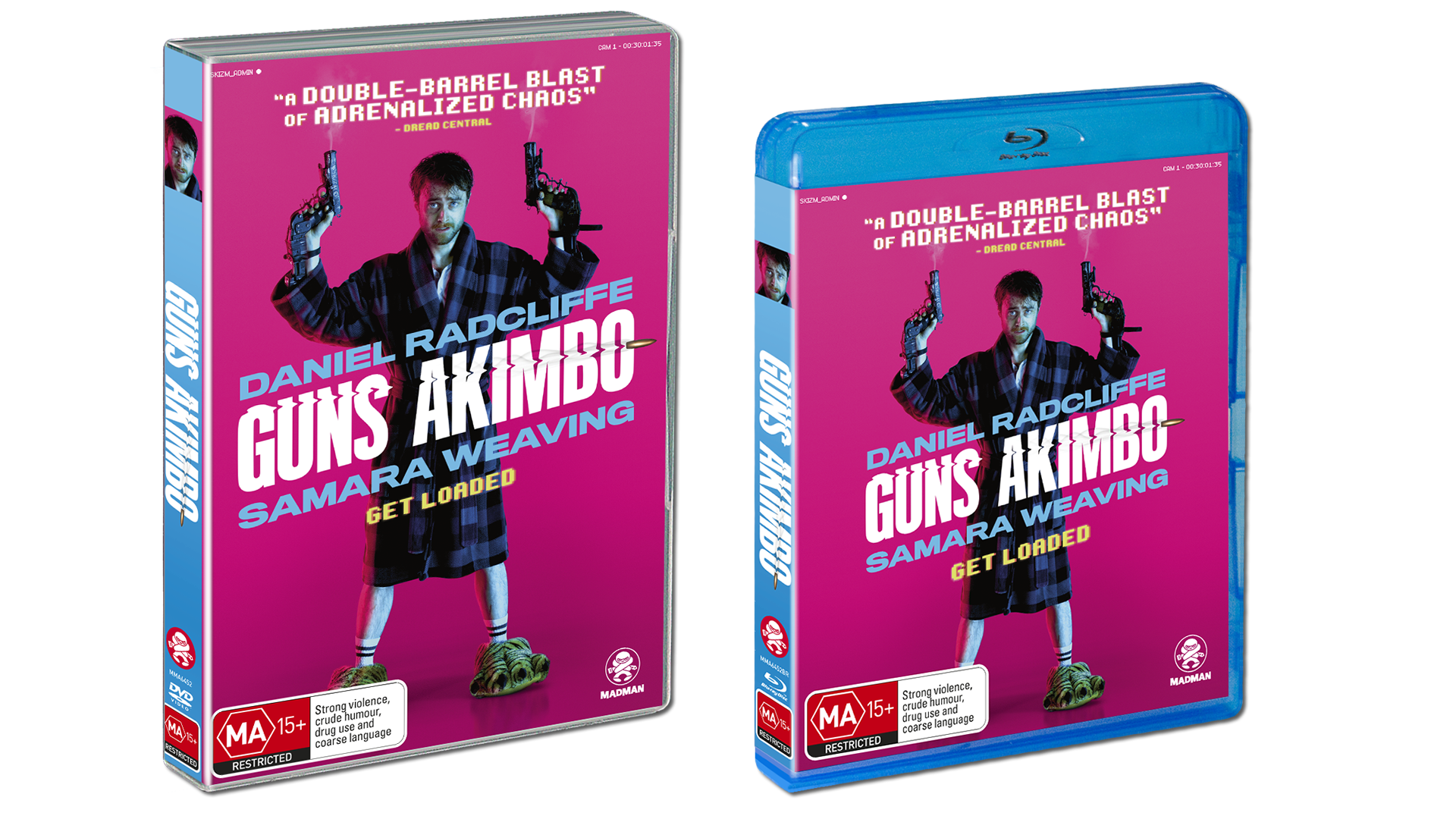 Entry details and conditions:
Competition closes at 11:59pm AEST Sunday June 7th 2020.
Open only to folks residing in Australia.
One entry per person.
We have 20 units combined of Blu-ray & DVD.
Blu-ray or DVD sent to winners at random.
Winners will be notified in the comments.
This is a game of creativity and skill.
Our Privacy Policy can be found here.

GUNS AKIMBO is available on Blu-ray, DVD & Digital from May 27th.