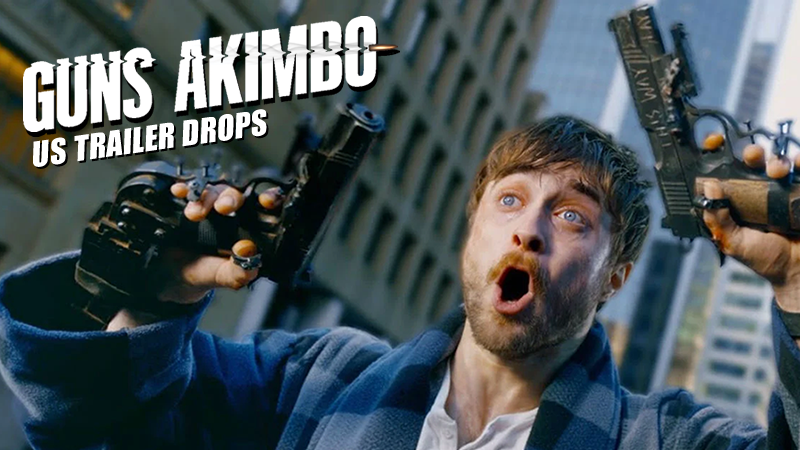 With our Cinema Locations & Ticketing announcement imminent, Saban Films in the United States have dropped an alternate trailer for GUNS AKIMBO. This international trailer plays it much safer than the local one but you do get to see a little more footage from the film, check it out below…

Nerdy video game developer (Radcliffe) is a little too fond of stirring things up on the internet with his caustic, prodding, and antagonizing comments. One night, he makes the mistake of drunkenly dropping an inflammatory barb on a broadcast of Skizm, an illegal death-match fight club streamed live to the public. In response, Riktor (Dennehy), the maniacal mastermind behind the channel, decides to force Miles’ hand (or hands, as it were) and have him join the “fun.” Miles wakes to find heavy pistols bolted into his bones, and learns Nix (Weaving), the trigger-happy star of Skizm, is his first opponent.

On Friday February 28, FANGORIA x MONSTER FEST in association with Madman Films will host Special Events Screenings of GUNS AKIMBO across Australia with cinemas & ticketing to be revealed later in the week!

In the interim enjoy the NSFW local trailer…