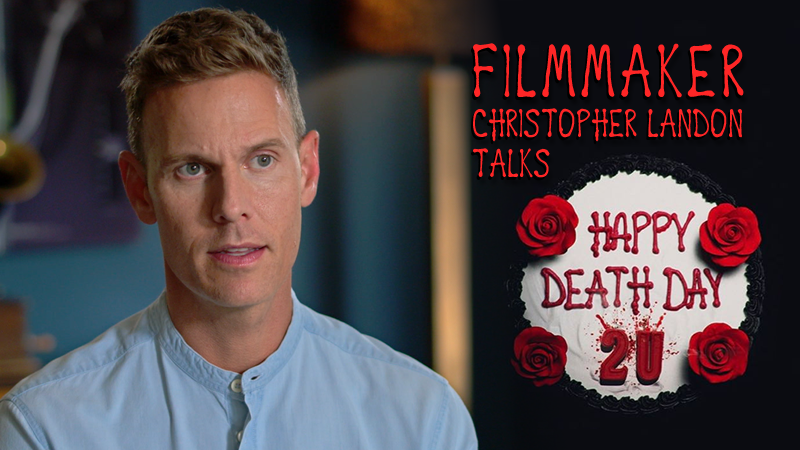 As Valentine’s Day draws near so does the Australian theatrical release of HAPPY DEATH DAY 2U, we know where we’ll be taking our respective partners out to that night!

Thanks to Universal Pictures Australia, we’ve got the following EXCLUSIVE interview with writer/director Christopher Landon!

Jessica Rothe leads the returning cast of HAPPY DEATH DAY 2U, the follow-up to Blumhouse’s 2017 breakout hit of riveting, repeating twists and comic turns. This time, our hero Tree Gelbman (Rothe) discovers that dying over and over was surprisingly easier than the dangers that lie ahead.

HAPPY DEATH DAY 2 U will open in Australian cinemas on February 14th.