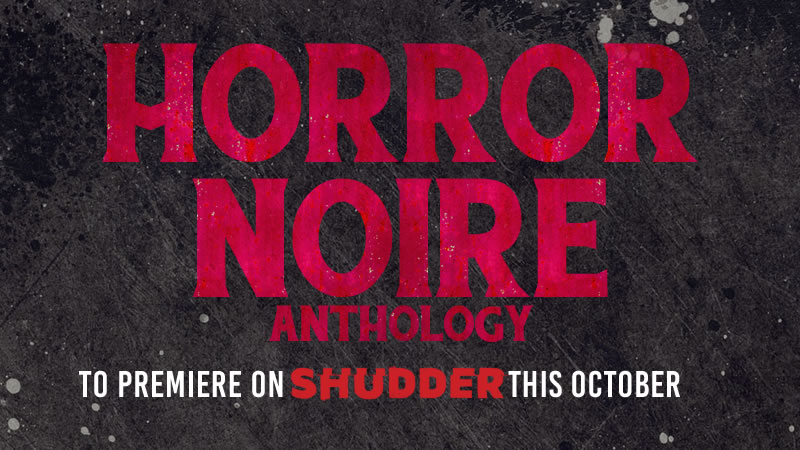 Over the weekend SHUDDER announced via their Comic Con At Home panel that they are expanding upon their critically acclaimed documentary HORROR NOIRE: A HISTORY OF BLACK HORROR with an all-new Anthology feature film to premiere via the streamer this October.

The Anthology consists of six stories and they are SUNDOWN by Peabody Award-winner Al Letson (STATE OF THE RE:UNION), BRIDE BEFORE YOU by Shernold Edwards, BRAND OF EVIL by Eisner and Harvey Award-nominated writer, illustrator and graphic novelist Ezra Clayton Daniels (BTTM FDRS), THE LAKE and FUGUE STATE by Steven Barnes (LION’S BLOOD) & NAACP Award-winning husband-and-wife writing duo Tananarive Due (MY SOUL TO KEEP, HORROR NOIRE: A HISTORY OF BLACK HORROR) and DADDY by Bram Stoker Award-winning novelist Victor LaValle (THE BALLAD OF BLACK TOM, THE CHANGELING).

Take a look below at the Comic Con At Home panel moderated by writer/editor/speaker Ashley C. Ford, and featuring anthology writers Tananarive Due, Steven Barnes, Victor LaValle and Shernold Edwards as they shared the inspiration behind their adapted stories and how they go about adapting them for different formats, as well as why now is an important time to tell these stories.

Dr. Robin R. Means Coleman, author of the groundbreaking book HORROR NOIRE: BLACKS IN AMERICAN HORROR FILMS FROM 1890s TO PRESENT, on which the documentary was based has consulted on the anthology.

HORROR NOIRE on SHUDDER on October 14