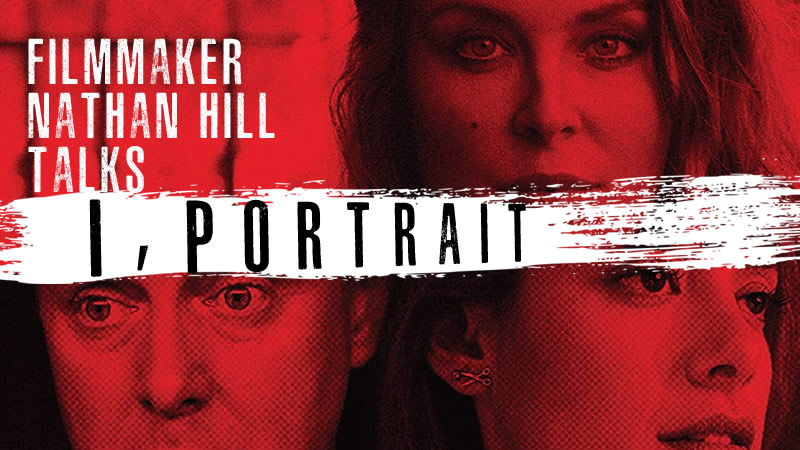 Carmen McKenna (Natalie Heslop) has a gift. She is an award-winning painter. Whatever she paints materialises in her real life. Julian Ryde (Nathan Hill) her husband, is a casting agent. They seem to have the perfect marriage. Then one day they receive an unexpected visit from an old school friend, Stephanie Mitchell (Sienna Stass). She’s a country girl trying to find herself in the big city. The couple invite her to stay a while at their house, unaware of her ulterior motives. Stephanie’s dark past begins to haunt them, and so they ask her to leave. Unfortunately, she has plans to destroy the couple’s relationship and letting go of her won’t be as easy as they hoped.

We caught up with writer/director/actor Nathan Hill to discuss everything from the genesis of I, PORTRAIT through to his next feature that he’s just wrapped shooting.

I understand that the concept for I, PORTRAIT came from the film’s lead actress Natalie Heslop?

The original concept was a story Natalie told me loosely based on an experience she had as a teenager. It lit a spark in me and the fire kept growing until I was consumed with the idea enough to write a screenplay based on it. Which mind you doesn’t happen often. I have to be really enthralled by an idea to commit to it for all the years it takes to actually complete a movie. 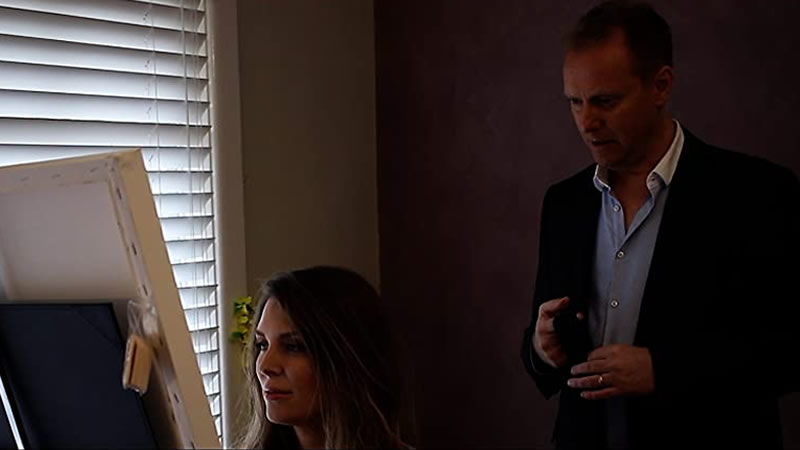 I, PORTRAIT is a far more contained feature than your prior film COLOURBLIND, was it a conscious decision to minimise cast and locations?

Yes as far as budget was concerned the well was pretty dry coming off COLOURBLIND. I knew doing something along the lines of Polanski’s DEATH AND THE MAIDEN was feasible and doable. That’s why this particular story came to light in retrospect. Sometimes even when I’m in post-production on a movie I get bored and start shooting the next!

The film could comfortably sit among some of the more memorable erotically-charged thrillers of the nineties. Were there any direct influences on I, PORTRAIT?

Oh yes, I would have to say CRUEL INTENTIONS, COLOR OF NIGHT, FINAL ANALYSIS and FATAL ATTRACTION were all an influence on me, the script, the genre and the movie, for sure. And might I say my favourite genre in motion pictures.

You share strong screen chemistry with your co-star Natalie. How did you go about building that bond leading into production?

With Natalie we both share the same initials; NJH. I think both being actors in Melbourne we were bound to meet at some point or another, I mean the city is not that big. We did have immediate chemistry, her being Serbian Orthodox and me being Affiliated Russian Orthodox, we bonded strangely enough over our religious beliefs. We would often be seen at film functions together and she became a real partner in crime, so to speak. 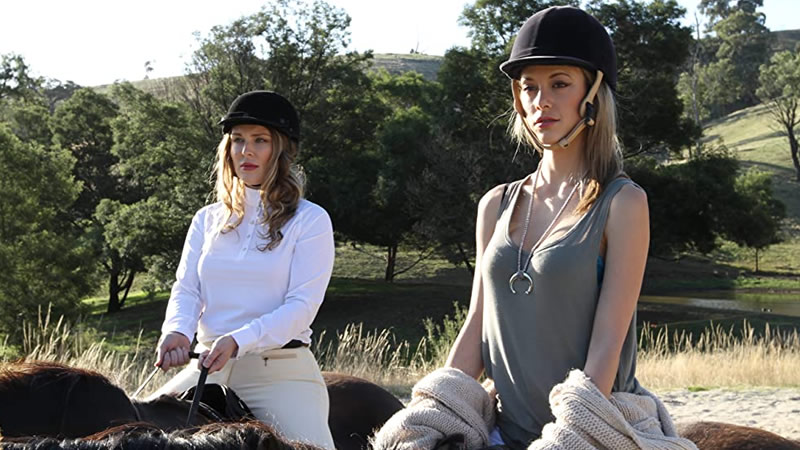 Sienna Stass is a revelation as Stephanie, the interloper to your marriage in the film, how did you go about casting her for the film?

Yes, you are right Sienna is a diamond in the rough. Truth be told she was on my radar for some years. I had seen her apply to some of my previous work but I never had the chance to cast her in anything (or the right part) until finally the right character came up. I always envisioned her as a ‘lead’. I don’t even think small parts suit her as well. I believe she is doing more work and I hope Melbourne sits up and casts her in more films because she’s brilliant.

When can audiences anticipate the tenth feature from Nathan Hill and is it likely to be another thriller?

I, PORTRAIT is now available to rent and buy digitally via Google Play, Prime Video & Vimeo On Demand.