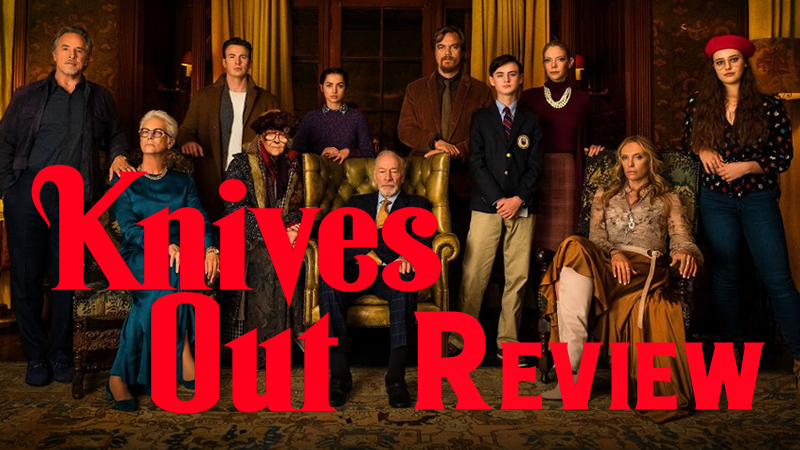 Rian Johnson’s Sharp KNIVES OUT Signals A Return To Form!

After enduring a polarising reaction to his last feature, STAR WARS EPISODE VIII: THE LAST JEDI, that saw critics gush and fanboys spitting vitriol, filmmaker Rian Johnson returns to more familiar territory and in doing so ushers a return to form. Crafting a classic whodunnit story in the vein of Agatha Christie with his colourful THE BROTHERS BLOOM approach, Johnson constructs a contained plot though never constrained in style with this light comedy-thriller that is thoroughly engaging.

Shortly after his 85th birthday, best-selling mystery novelist Harlan Thrombey (Christopher Plummer) is discovered dead at his country estate by resident nurse, Marta (Ana de Armas). While police detectives are quick to declare the death a suicide, renowned private investigator Benoit Blanc (Daniel Craig) has his suspicions. Hired by an unknown party, Blanc interrogates each member of the eccentric Thrombey family and scrutinises every clue until he finds the one responsible for Harlan’s untimely and ghastly demise. 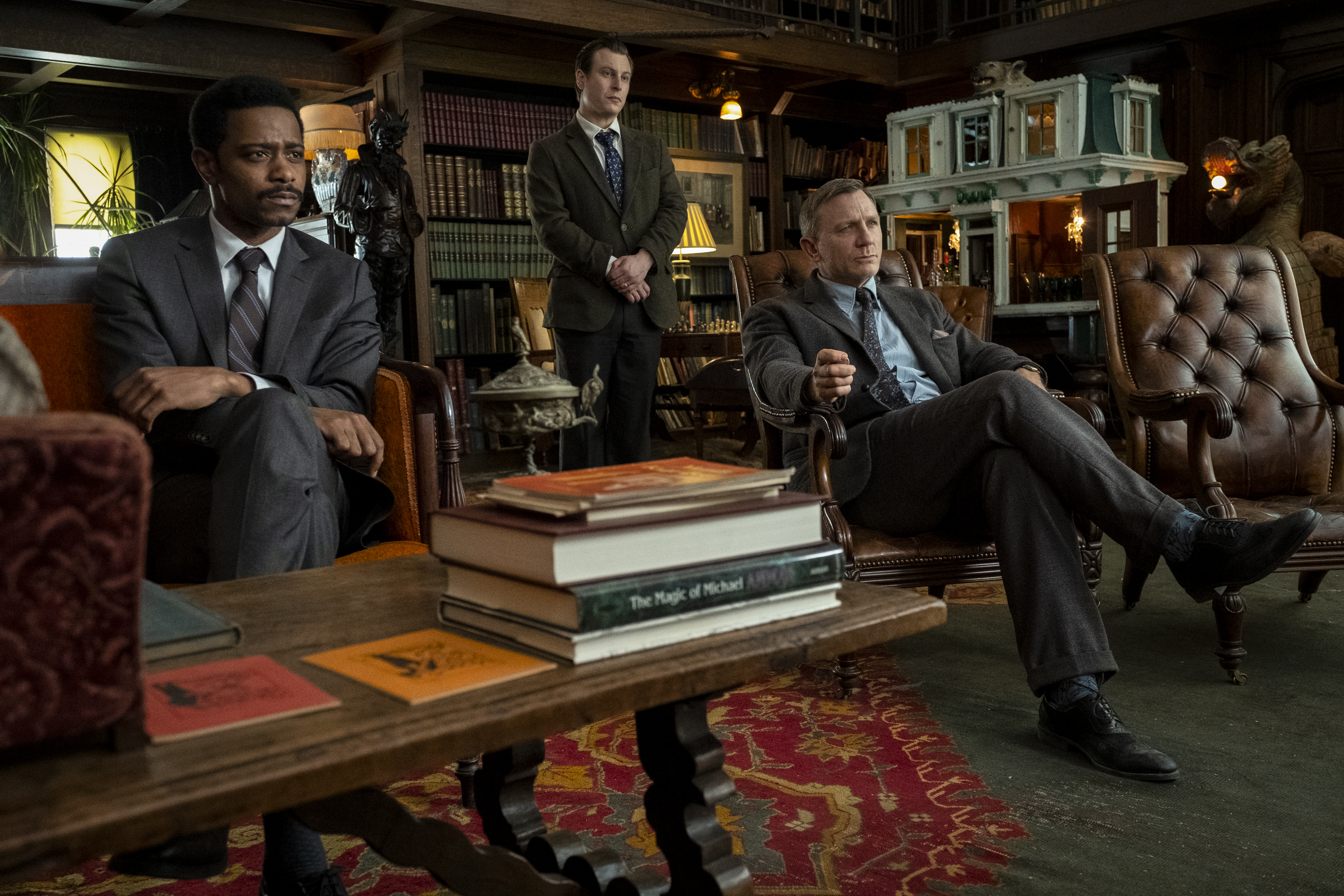 While seasoned cinematic sleuths may find the narrative of KNIVES OUT reasonably predictable, the genuine thrill to be had is in its labyrinthine plotting riddled with expertly-timed tonal shifts and constant injections of classist subtext throughout.

With an all-star cast that includes Jamie Lee Curtis (HALLOWEEN), Michael Shannon (MIDNIGHT SPECIAL), Chris Evans (AVENGERS: ENDGAME), Toni Collette (HEREDITARY), Christopher Plummer (ALL THE MONEY IN THE WORLD), Don Johnson (BRAWL IN CELL BLOCK 99) and standout performances by a Southern-accented Daniel Craig (SPECTRE) and lead Ana de Armas (BLADE RUNNER 2049) along with a rare on-screen and fun cameo by Frank Oz (AN AMERICAN WEREWOLF IN LONDON), KNIVES OUT is truly the greatest ensemble piece of cinema in some time. Chemistry is strong and tension is ripe amidst all characters with each given their own opportunity to shine throughout, including Aussie Katherine Langford (LOVE SIMON) as Meg who delivers a heartbreakingly cringe moment when forced to make a phone call to Marta under the duress of her family. 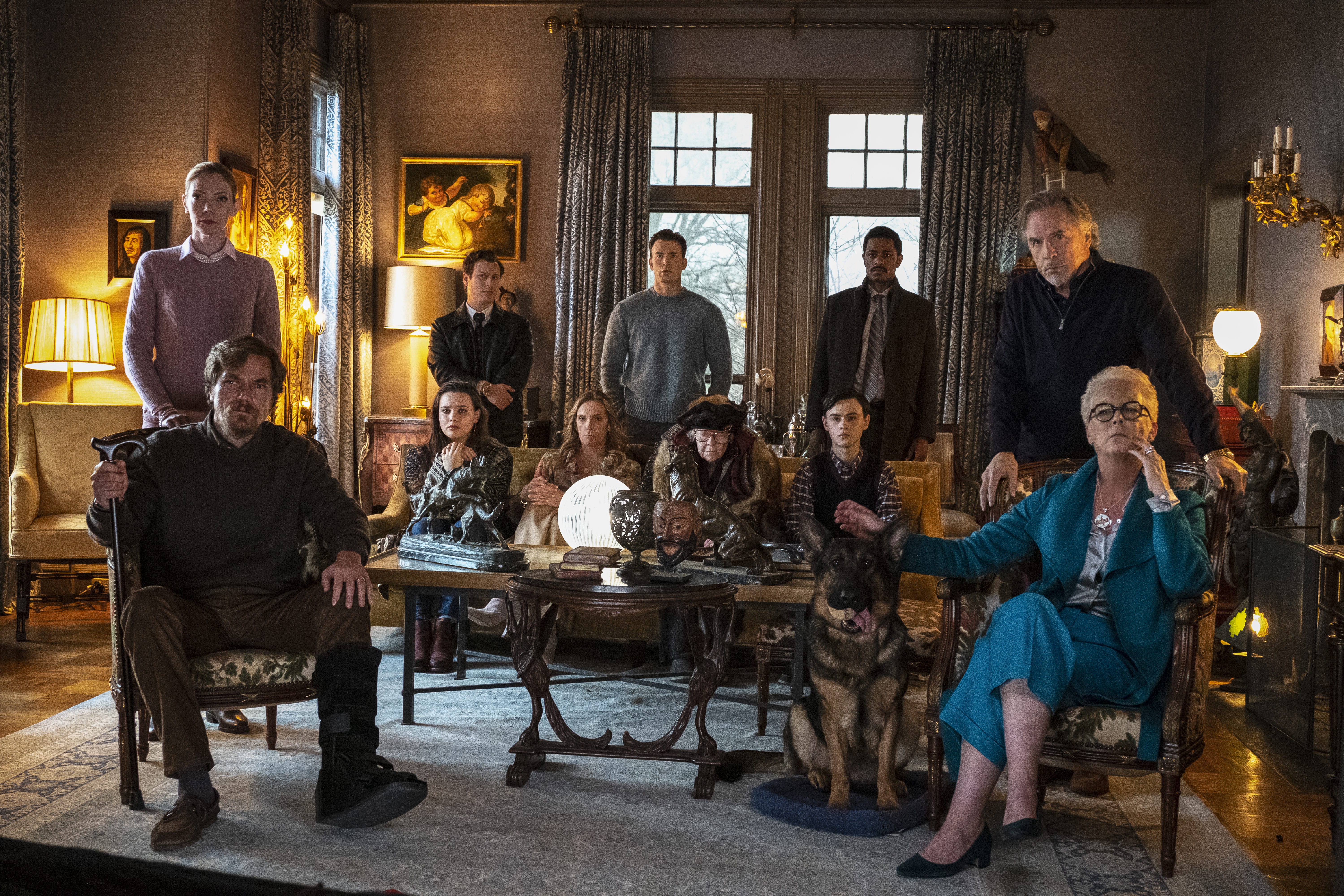 Another outstanding component of KNIVES OUT is the exquisite production design, from the opulent furnishings to the astute and intricate layout of the mansion, David Crank (longtime Paul Thomas Anderson collaborator) has given Harlan’s estate such a distinct presence that its arguably the best character in the film. It would be remiss not to mention Nathan Johnson’s (Rian Johnson’s cousin and longtime composer) score also which pays due homage to classic whodunnits while bringing a sharp and chic modernity to the film.

At a little over two hours, KNIVES OUT is surprisingly fast-paced and that’s down to its exceedingly well-structured narrative that’s peppered with the perfect amount of humour to keep you engaged throughout, never once falling into satire, the film walks a fine line with sheer confidence. With Christmas fast approaching, KNIVES OUT could be the perfect family outing to the cinema!

KNIVES OUT opens in Australian cinemas on Thursday November 28th.