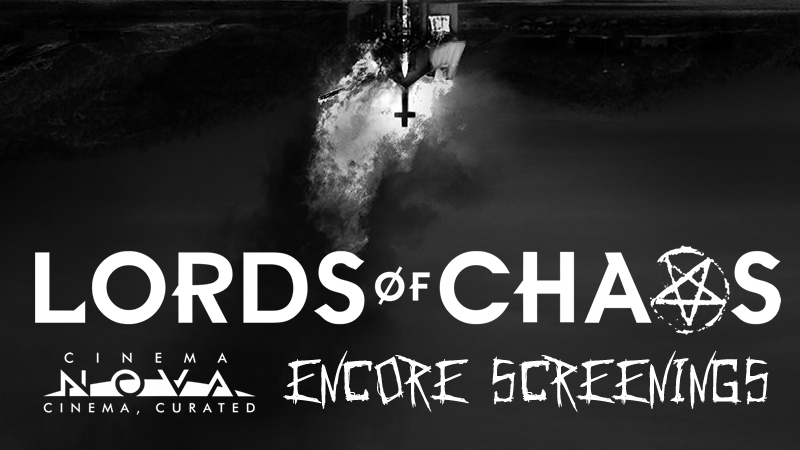 We are pleased to announce that LORDS OF CHAOS will screen for a third week at Cinema Nova in Carlton, Melbourne VIC.