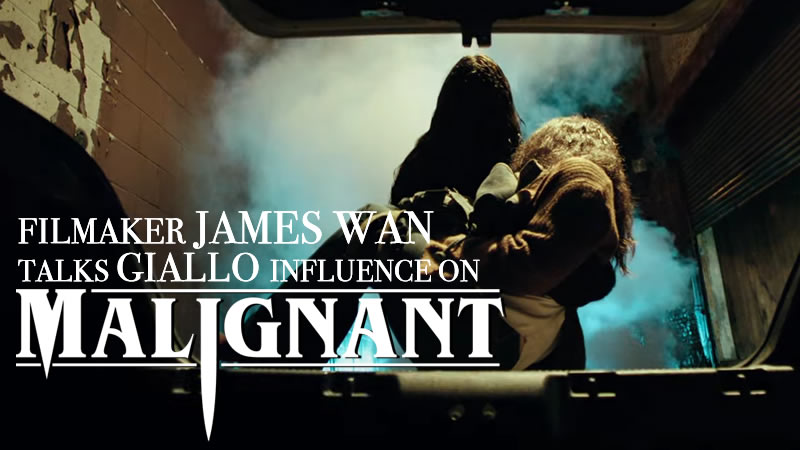 Filmmaker James Wan‘s MALIGNANT is now showing in Australian cinemas and Monster’s Jarret Gahan caught up with the maverick filmmaker to chat about the Giallo influence on the film and how he achieved one of the more awe-inspiring scenes from the film.

MALIGNANT follows Madison (Annabelle Wallis, BOSS LEVEL) who is paralysed by shocking visions of grisly murders, and her torment worsens as she discovers that these waking dreams are in fact terrifying realities.

Gabriel, the villain of MALIGNANT has a Giallo quality about him, from the character design through to some of the more stylised kills within the film. How influenced were you by the genre?

I’ve been a big fan of Giallo since I was a teenager. And it’s very evident even with my first film SAW was. You could see just shades of Argento and Bava in there. And so honestly, even when I make a film like AQUAMAN, Bava and Argento are still in my head. I’m like, yeah, I know you guys. And so that’s always in me. I joke that you can take the boy out of horror, but you can’t take the horror out of the boy, which is the case here.

And if I have to pick one movie to sort of reference it, if I kind of have to distill it down to one film, I would probably say maybe THE EYES OF LAURA MARS. On a surface level ’cause that is a movie… In the late eighties and nineties, there were a short period where there were movies in the thriller genre about sort of your hero, your heroine, seeing things through the point of view of the killer. They for some reason have a psychic connection with a killer. And I love that sub-genre. And I don’t think there’s enough of that today. It’s completely dead actually. And I want to see if I can revive it. And MALIGNANT kind of is, it uses that structure as a foundation, but obviously it goes into a whole complete different world. 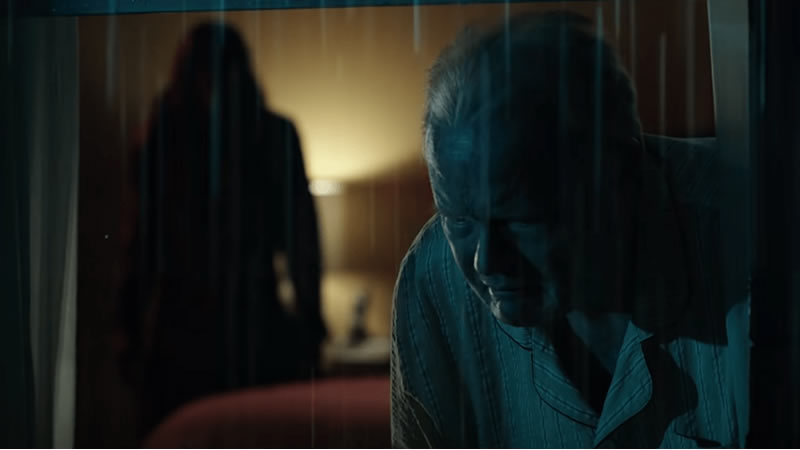 Gabriel has a unique presence and sense of movement compared with that of a traditional villain in a horror or that of a Giallo film. How did land upon that?

It really stemmed from the fact of what he is. He is a living being that lives inside someone’s head. And that now he’s taking medicine hostage by taking over her body. And so his perception of how the human body moves is very different. And the crazy part is he has a heightened ability. He can do things that medicine can do. And so that idea… I honestly think when Ingrid Bisu first pitched me this weird potential villain concept, it really struck me because I was… I started thinking, oh my God, how scary would it be to see something that is real quote-on-quote real, but everything it does, is in backwards. It moves backwards. And like literally he lives on the back someone’s head, and he comes out of her, takes over her body and he becomes his own entity.

And so knowing that that was going to be the reveal, the revelation at the end of the movie, I had to hide him somehow. And so the idea of a trench coat and, because he is moving his forward, which is reverse, that means all the hair would be in front of him. And also because I’m such a big Giallo fan, I’ve harbored the desire to make a Giallo movie for a long time. And so when this story came along, it to me felt like a perfect marriage. Oh, I should say, it’s the perfect James one marriage of what a Giallo movie would be. Because I didn’t want to do an outright standard traditional Giallo, a classical Giallo film. I always have to try and find something different, something more uniquely me.

And so, yeah, it has shades of sort of creature-feature in it and he’s a monster, but he’s also a real human being. He’s just a messed up version of a human being. And so, yeah, I have aesthetic, sort of like the Giallo aesthetic sort of visual aesthetic of that, and it is a murder mystery. But then obviously it spins up in a complete different way. 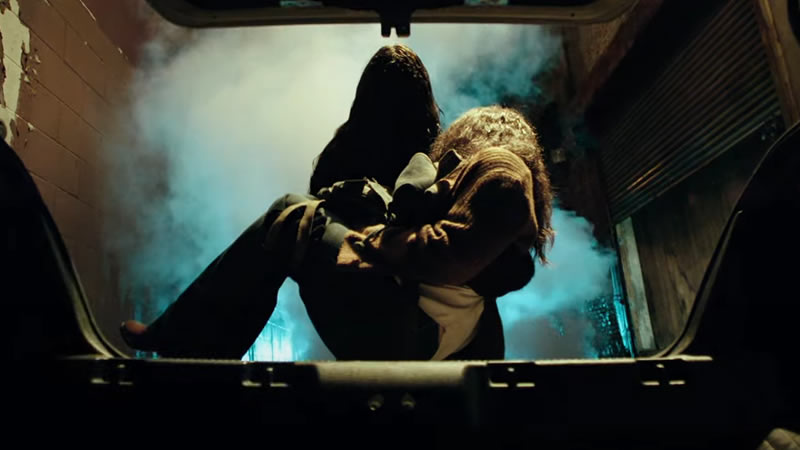 The visual aesthetic of MALIGNANT is awe-inspiring and there is one scene in particular with the character of Madison moving through her house that is quite simply jaw-dropping. How were you able to accomplish that?

It’s funny, the inspiration came from… there are lots of filmmakers, like back in the day, especially the seventies where they would sort of literally break the fourth wall by crossing the camera across one room into another room. You see that method, we use a lot, especially in older films by filmmakers like Brian De Palma, but he would do that a lot.

And so I’m like, how could I take that and take it and take it and kind of go even beyond with that. And I had used the… what they call spider cam, and the spider cam is like a sky camera that they use a lot in sporting events, like big arena and where the camera could just fly everywhere. And so I loved the idea that when you’re filming Madison and at the start of the movie where she’s starting to sort of spiral out of control, I thought it was a great tool to represent her psyche and her state of mind. She’s getting more and more paranoid. She thinks there’s a killer out there. The killer’s coming back, the attacker’s coming back, is he breaking into a house? And she starts to feel paranoid. And I just wanted to capture that paranoia.

And I felt like this tool really allowed me to do that, where we just follow her from room to room to room, and usually they shoot it kind of horizontal when you go from a living room into the bedroom, whatever, but it’s never kind of done from above where… And it’s done between two floors. I stop on the bottom floor and the camera goes all the way, follow her, running up the stairs into the top floor of the house. And of course, the only way we could achieve that was the fact that the house itself was a film set. We built the set, and obviously we don’t have ceilings. We would remove the ceiling. And I… That was how I can pull off that shot.