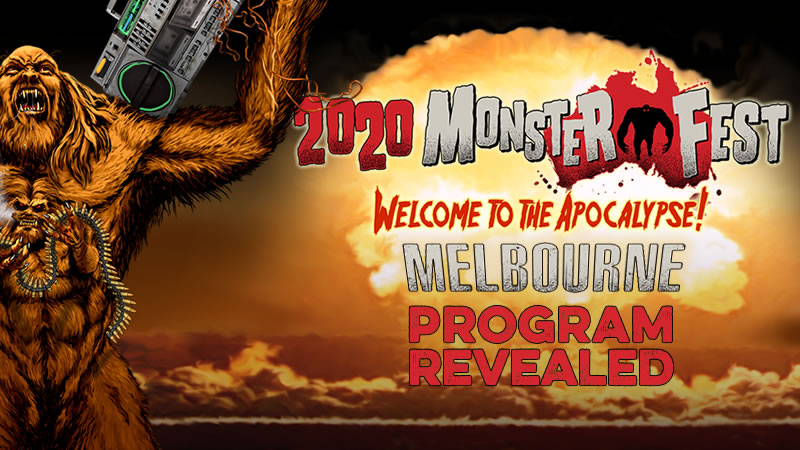 With just over a week to go before 2020 MONSTER FEST: WELCOME TO THE APOCALYPSE kicks off at Cinema Nova from December 3rd to 10th, we’re pleased to share the complete program for the ninth edition of our Melbourne festival.

Fresh from its World Premiere at the prestigious Sitges International Fantastic Film Festival is MEANDER, a nail-biting and ferociously gruelling exercise in cinematic anxiety from filmmaker Mathieu Turi (HOSTILE), that follows Lisa (Gaia Weiss, VIKINGS) who must combine her smarts and strength to survive the ultimate human video game. 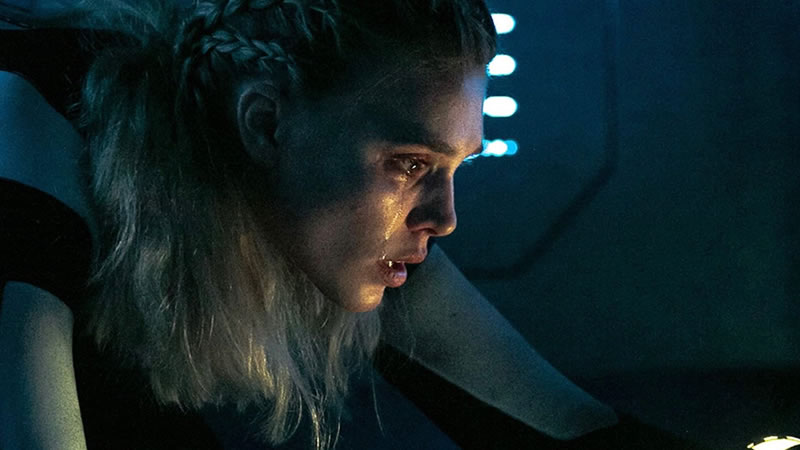 From Producers David Gregory (BLOOD & FLESH: THE REEL LIFE & GHASTLY DEATH OF AL ADAMSON) & Kier-La Janisse (EUROCRIME! THE ITALIAN COP AND GANGSTER FILMS THAT RULED THE ’70S) comes the award-winning ultimate survey in anthology horror TALES OF THE UNCANNY. With over 60 essential voices in horror that range from film historians to filmmakers, TALES OF THE UNCANNY features the who’s who of the horror world discussing the many facets of anthology horror in the first feature-length documentary to be produced amidst the global pandemic.

Have you ever ridden the NIGHT TRAIN TO TERROR? What better time to board this unsung anthology horror gem than now on its 35th Anniversary and with AGFA’s stunning 2K Restoration. Presented for the very first-time on an Australian cinema screen, NIGHT TRAIN TO TERROR is comprised of three tales with a wraparound that’s to die for! Toot toot, get on board or go to hell! 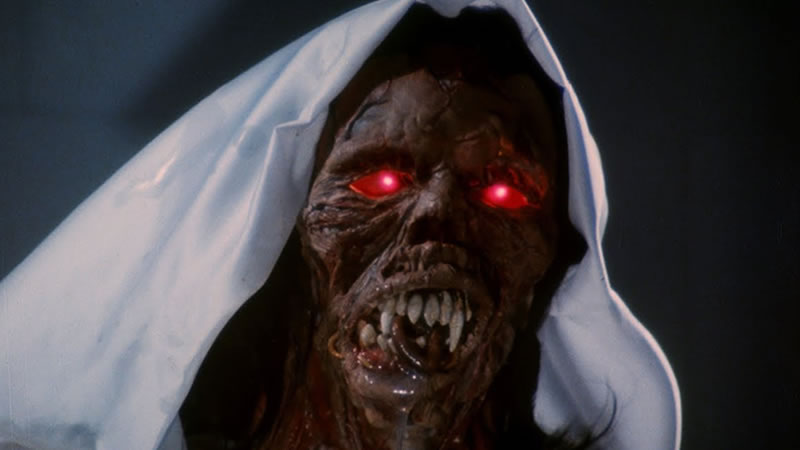 If you thought that TROMEO & JULIET was the greatest Shakespearean adaptation ever committed to celluloid (yes, even above Kenneth Branagh), prepare yourself for #SHAKESPEARESSHITSTORM, as filmmaker Lloyd Kaufman and the Troma team go back to the Bard for their latest outing, a modern retelling of Shakespeare’s THE TEMPEST but with 97.4% more bodily fluids than Branagh has ever produced (on screen and in his personal life).

OCCUPATION RAINFALL is Luke Sparke‘s highly anticipated follow-up to the 2018 sci-fi blockbuster OCCUPATION and sees Ken Jeong (THE HANGOVER Trilogy) and Daniel Gillies (THE ORIGINALS) join a returning cast that includes Temuera Morrison (AQUAMAN), Dan Ewing (BEAST NO MORE), Zac Garred (GENERAL HOSPITAL) and Trystan Go (THE FAMILY LAW). Picking up two years after the events of the first film, the war for earth rages on, however the alien invaders are no longer our only threat as factions have now formed between survivors too. 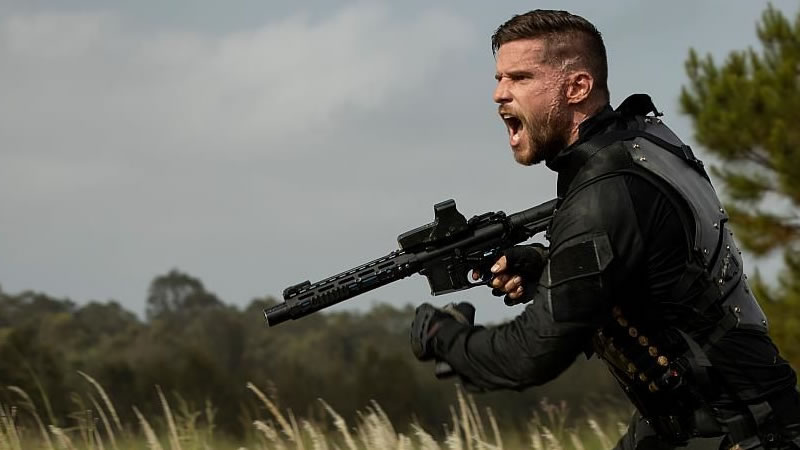 THE ENDLESS filmmakers Justin Benson & Aaron Moorhead return with their festival darling SYNCHRONIC, that pits two paramedics (Jamie Dornan, THE FALL and Anthony Mackie, AVENGERS: ENDGAME) at odds with a psychedelic designer drug that allows its users to time travel, mystery flight style, to an unknown destination and time.

Deeply unsettling and genuinely terrifying, THE DARK AND THE WICKED, is the latest feature work of writer/director Bryan Bertino (THE STRANGERS) which follows two siblings who are at odds with an entity that is determined to end their bloodline.

Steven Kostanski, formerly of Canadian film collective Astron-6, follows up his acclaimed 2016 Lovecraftian love letter THE VOID with the light-hearted and ultra-violent slice of cosmic comedy/adventure, PSYCHO GOREMAN. This small-town tale of intergalactic proportions follows two kids who are in possession of a highly coveted magical amulet that allows them the ability to control an ancient alien overlord. 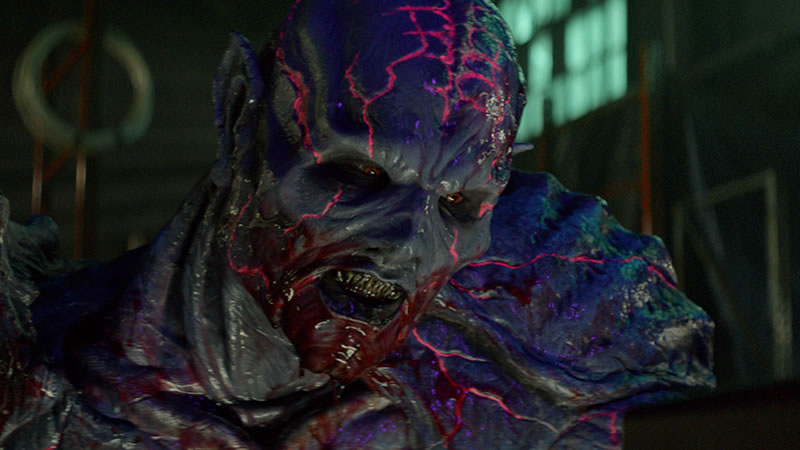 Brea Grant hits the ground running with her stylish sophomore directorial feature 12 HOUR SHIFT, a pitch-black comedy thriller about a nurse whose organ trafficking side hustle takes a disastrous turn when her unhinged cousin botches a kidney delivery. 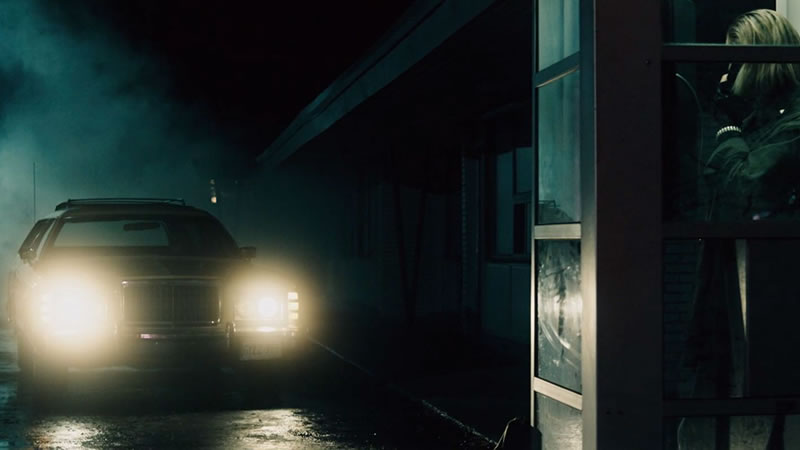 Heralding from Denmark, Jens Dahl‘s BREEDER is a disturbingly dystopian take on survival horror that explores the darker sides of biohacking and asks the question ‘How far would you go to stay young forever?‘

At the helm of HUNTED is Oscar-nominated filmmaker Vincent Paronnaud (PERSEPOLIS) and he weaves a wild and brutal reimagining of a childhood fable into a game of cat and mouse where the mouse proves to be far more agile and intelligent than the cats may have anticipated. 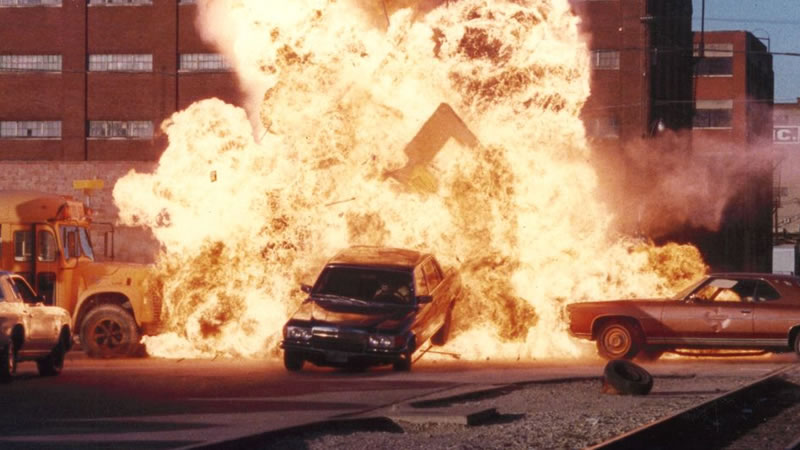 Murder City’s Trash peddler, Dick Dale, presents another sordid program of the sickest, most twisted and goriest short films he could get his grubby mitts on from around the globe. Cinematic atrocities and disasterpieces sure to drive you to the depths of hell and hilarity. When it comes to TRASHARAMA, if it ain’t right, it’s PERFECT!

Of course our Monster Fest Shorts Programs return also with 2020 SHORTS and 2020 SHORTS II: ELECTRIC BOOGALOO, comprised of the finest and freshest genre short films from Australia and around the world, from film school students to the craftiest veterans about.

Finally slip on your flame-thrower, down that bottle of J&B and grab your long handled axe, as Christmas has come to Monster Fest! Join us, won’t you, for our THE CLOSING NIGHT CHRISTMASSACRE with a double-edged, double-featured extravaganza that is just bursting at the seams with holiday horror. Kicking the night off will be a very special, once-in-a-lifetime screening of Video Vortex’s psychotic yuletide mixtape from hell – SATAN CLAUS IS COMING TO TOWN – oozing with blood, ornaments, and a shotgun wielding Mrs. Claus, this horrendous compendium of craptastic Christmas carnage features stop-motion monsters from the pits of hell, possessed children with murder on their minds and so many savage Santa slayings that you’d be forgiven for thinking the nice list was a figment of your imagination. Trust us, you won’t find anything like this under your cinematic Christmas tree ever again.

And if that wasn’t enough, following the unfollowable will be a very special Secret Santa mystery gift; a MYSTERY MOVIE from the deep, dark recesses of the South Pole. The exact nature of this silver-screen surprise will be revealed a bit closer to the date, but rest assured the tally of holiday homicides will keep increasing until the final credits roll of this Christmas chiller. So come, sit with us, as we mark the final night of this year’s festival. Who knows, maybe Santa himself will drop by to check out a film or two and bring with him a present for all the good little girls and boys! 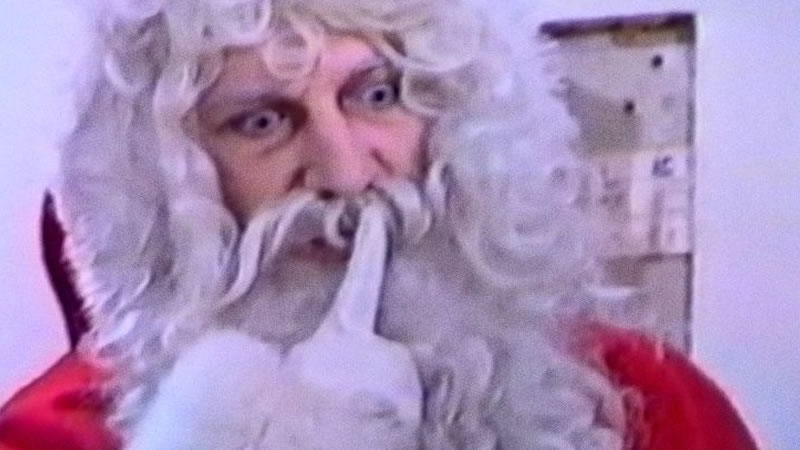 VIP Passes  on sale now
– VIP PASS: $220 – all access to every screening and event from Thursday 3 December to Thursday 10 December and free MOON DOG beers at our exclusive Opening Night Pre-Screening VIP Soirée.

MINI Passes on sale now
– 5 FILM PASS: $75 – access to 5 films in the program from Thursday 3 December to Wednesday 9 December with the exclusion of the Special Events ANTHOLOGY AFTERNOON EXTRAVAGANZA + NIGHT TRAIN TO TERROR and THE CLOSING NIGHT CHRISTMASSACRE.