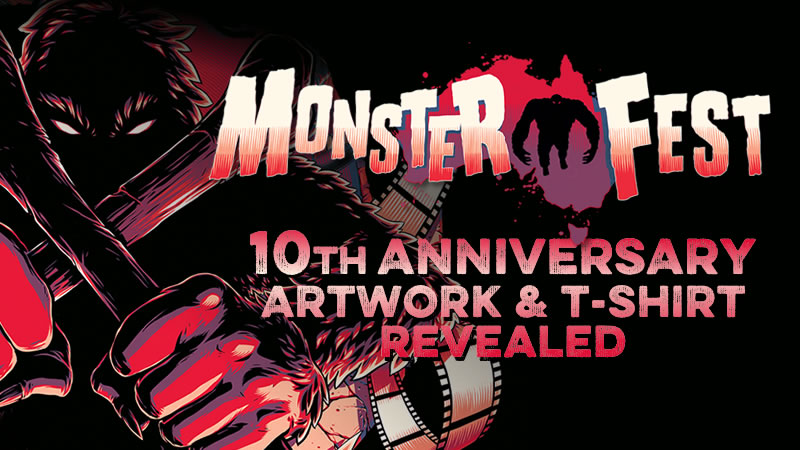 We’re busting at the seams to reveal our first wave of programming for MONSTER FEST 2021 Melbourne but given the current lockdown we’re holding-off for the time being until there’s a little more clarity around the easing of restrictions.

In the interim we’re excited to reveal the official artwork for this year’s festival that celebrates our 10th Anniversary and offer our 2021 T-shirt for pre-order. 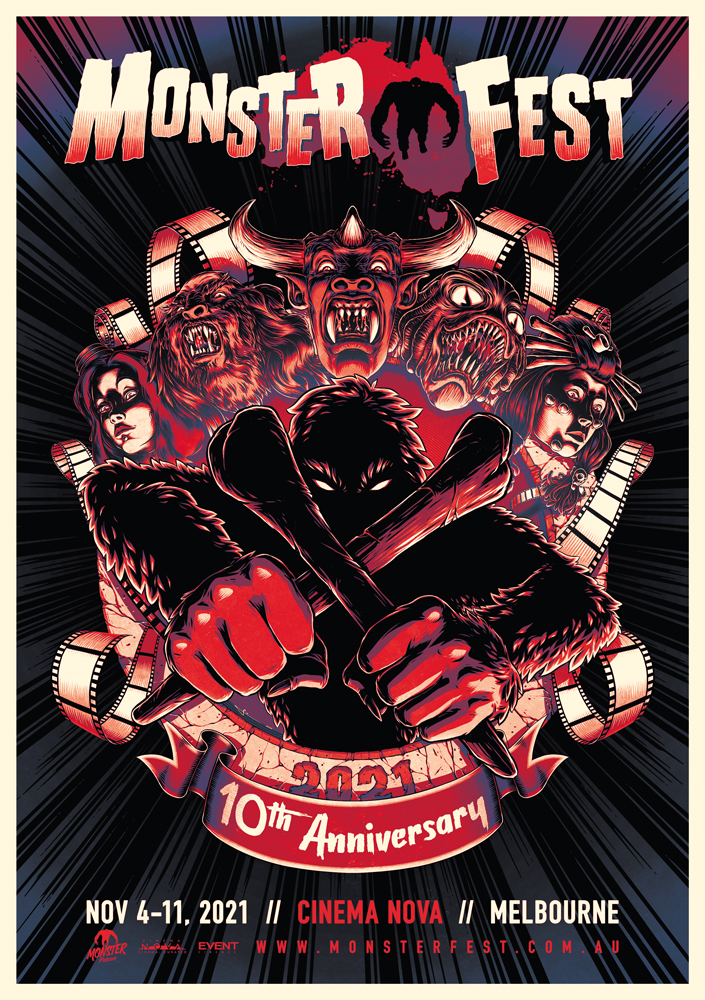 For ten years – TEN GODDAMN, MOTHER-FUCKING YEARS!!! – Monster Fest has been putting on a show and making you look damn good doing it and 2021 is no different. Presented here for your pre-ordering pleasure is this year’s magnificent 10th Anniversary Festival T-Shirt!

Courtesy of those Sensational Screen Printers at RED OCTOPUS, this colourful chest chassis boasts dazzling artwork by Puppet Master: The Littlest Reich Slipcover Illustrator Giorgio Credaro and features nods to the festivals of years past – from 2012’s Bone Priestess to 2020’s Wasteland Mutant, this tee is a living, breathing cotton-based ode to the last decade of Australia’s greatest genre film festival and a must-have for those who want to turn heads, melt brains and haemorrhage hearts this spooky season. 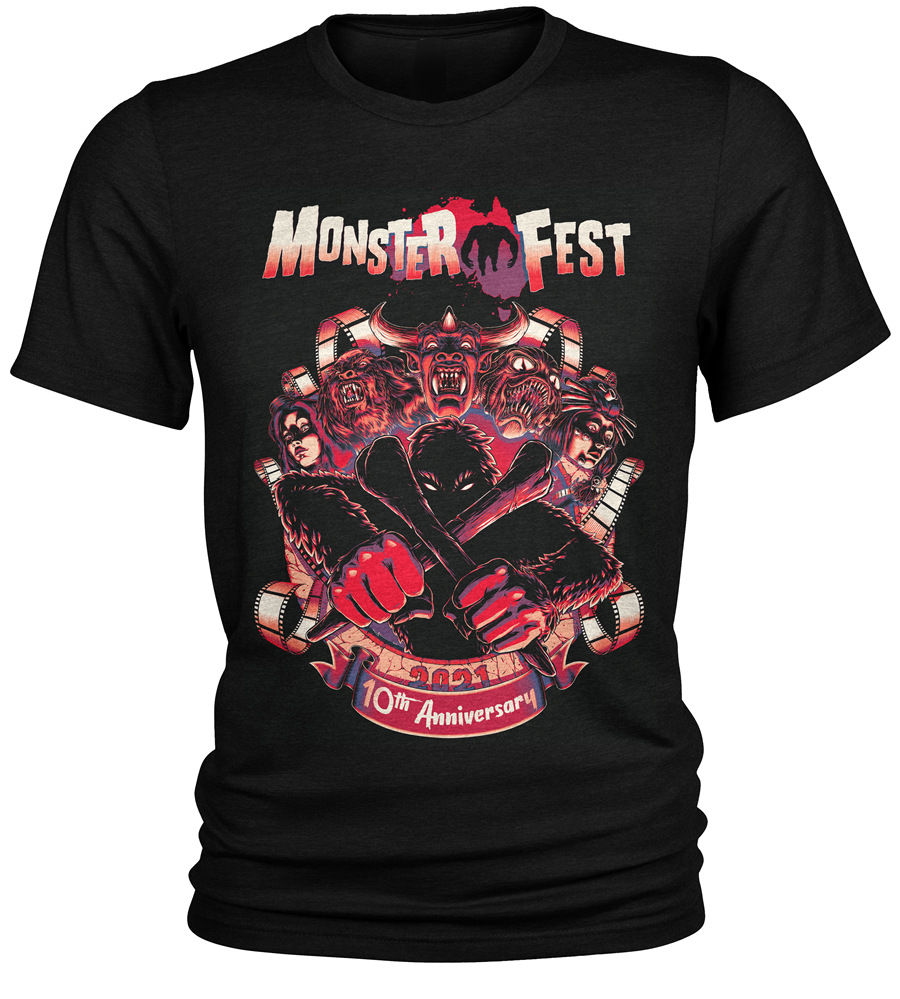 If you’ve already bought a VIP Pass (prior to August 22nd), you’re already getting a T-shirt and we’ll be in touch in the coming weeks to grab your T-shirt size.

MONSTER FEST celebrates its 10th Anniversary from November 4th-11th at Cinema Nova with seven days of the latest and greatest genre and cult cinema programming from around the world.

Entries are still open for Short and Feature Film submissions via FilmFreeway with the final deadline to close September 25th.

VIP PASS – all access to every screening and event from Thursday 4 November to Thursday 11 November.

*5 FILM PASS – access to 5 films in the program from Thursday 4 November to Thursday 11 November with the exclusion of any programming marked ‘Special Event’.